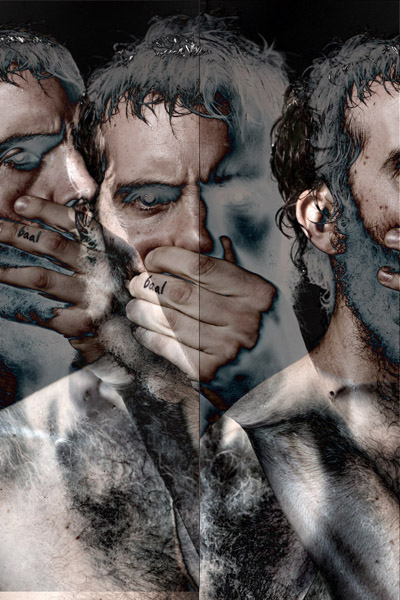 To understand Baal, perhaps it is necessary to forget what you know about Bertolt Brecht.

Put aside that he was one of the most influential dramatists of the 20th Century and a key player in the Epic Theatre movement, which sought to provoke rational thought. Overlook that he was the creator of theatrical masterpieces including The Threepenny Opera, Mother Courage and Her Childrenand The Caucasian Chalk Circle.

Brecht wrote Baalin 1918 before he achieved any of these things, when he was simply a 20-year-old student at Munich University trying to come to grips with the world. He had recently lost friends in the First World War - in which he endured a brief stint in military service as a medical orderly - when he became aware of the play Der Einsame (The Loner)by future Nazi dramatist Hanns Johst. The play represented the life of the poet as one of romantic isolation.

Disagreeing with the premise of Johst's work, Brecht retaliated by writing his own play about a loner poet. Named after the god of thunder and fertility, Brecht's anti-hero Baal is violent and antisocial, struggling to balance his creative urges with the conventions of society.

Although first written in 1918, Baalwas not performed until 8 December 1923, when it opened in a theatre in Leipzig and immediately caused a stir. By this time the Weimar Republic - the democratic republic that replaced the imperial system of government in Germany in 1919 - was well established. Hyperinflation and political extremism were major issues for Germany at this time. Yet, despite this, the Republic inspired a strong cultural revolution that lasted from 1923 until the end of the decade.

This lead to the evolution of Bauhaus architecture, a vigorous cabaret and music scene and the development of a form of theatre that shunned naturalism and spectacle. In addition to Brecht, other influential cultural figures in this period included artists Max Beckmann, Max Ernst and George Grosz, novelists Franz Kafka and Thomas Mann, and architects Walter Gropius and Mies van der Rohe. The period was highly productive, and Brecht alone produced more than 20 plays before the success of the Weimar Republic began to wane in 1930.

Brecht rewrote Baalseveral times throughout his 20s, possibly to incorporate his evolving theatrical and political views, which became increasingly Marxist, or in response to major changes in his personal life, which included the birth of his first son Frank in 1919 (with his then-girlfriend Paula Banholzer) and the death of his mother in 1920.

Brecht later married twice, first to opera singer Marianne Zoff (1922 until 1927) and then to actress Helene Weigel (1930 until Brecht's death in 1956), and fathered five children.