Feature: Orton and his era 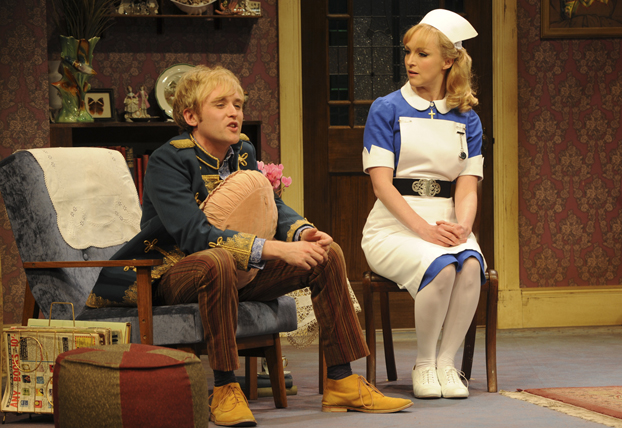 Joe Orton burst onto the British stage with Entertaining Mr. Sloanein 1964, followed by Lootsoon after, just as the sexual revolution was getting underway in London.

With the advent of the Pill, gay liberation and feminism, sex would be a recurring theme in British theatre during the 1970s - and Orton was the first to put this new, permissive form of sexuality on stage. The frivolous but ferocious glee with which he portrayed promiscuity, corruption and man's basest instincts was new to British playwriting and in many ways his anarchic, amoral comedies epitomise the swinging 60s.

As Orton's biographer John Lahr wrote in his introduction to Methuen's Orton: The Complete Plays: "Sloane was the first play to dramatise the psychopathic style of the Sixties - that ruthless, restless, single-minded pursuit of satisfaction transformed by drugs and rock music into myth".

Orton followed in the wake of the British New Wave, which began in the mid-1950s, spearheaded by John Osborne's 1957 play Look Back in Anger. This inspired a group of playwrights who came to be known as "the angry young men" among them Edward Bond and Arnold Wesker and also led to a wave of "kitchen sink drama".

John Arden began to move away from naturalism with his 1959 play Sergeant Musgrave's Danceabout war protesters while Harold Pinter emerged with his now iconic comedies of menace The Birthday Partyin 1957 and The Homecomingin 1964. It was in this context that Orton blazed his brief but brilliant career with Sloane, Lootand What the Butler Saw, produced posthumously in 1969, two years after his brutal murder by his jealous partner Kenneth Halliwell.

With television in its infancy, there was great demand for product. Producers turned to playwrights and Orton also penned several television plays including The Erpingham Campand Funeral Games.

Orton was an angry young man himself but as a working class boy from Leicester he had zero respect for authority or middle-class morality and his plays were fuelled by a different, anarchic energy to his predecessors. With Lootand What the Butler Saw, he became "the master farceur of his age" as Lahr puts it, taking the style of farce and subverting it with the "anything goes" sensibility of the 60s.

Orton's plays no longer shock, as they did so alarmingly in their day, but they still provoke and entertain. With his glittering, epigrammatic style and ruthless exuberance, Orton retains an important place in the pantheon of British comedy.