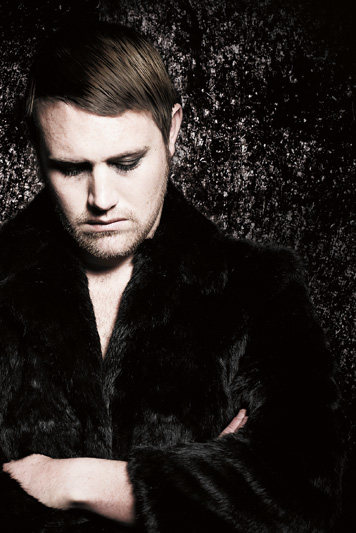 For a performer whose most famous turns have been as Alexander Downer and Shane Warne, The Threepenny Opera'sMacheath may not strike one as an appropriate follow-up.

Unless one takes into consideration that this performer's Downer was a fishnet-stockinged, show-stealing diva and his Warne a tragic antihero with a surprising set of pipes and a compulsive texting problem. Unless, in other words, that performer is Eddie Perfect, who will appear in Brecht and Weill's nasty little masterpiece in September.

Perfect's surname aptly describes his ability to become characters who fail to live up to certain standards. But where characters like Warne may be flawed, he insists, Macheath is unrepentantly so.

"He's the personification of evil," Perfect says. "He has no real feelings, is all animal, and operates on pure survival. I leapt at the chance to play him, but it's not an easy role. For one thing, there are a million versions to live up to. I think it's about portraying the worst of humanity in the most entertaining way possible. If an audience can recognise themselves in his worst characteristics and have a good time doing it, then there's a kind of shame in the enjoyment. It's a super-cynical idea and one that I happen to be very fond of."

It's an idea that Perfect explored mercilessly at the start of this year in his solo show, Misanthropology, which premiered at the Sydney Festival and has toured Brisbane, Perth and New Zealand. The show offends and amuses in equal measure.

"At its heart," Perfect says, "Misanthropologyis saved from the inescapable cynicism that is so present in The Threepenny Operabecause I am a great deal more optimistic about humans than Brecht."

This is the first time Perfect has performed the German playwright's work.

"I'd seen productions of The Caucasian Chalk Circleand The Resistible Rise of Arturo Ui," he says, "but never Threepenny. To be honest, I'm more familiar with the work of Weill. It's his writing that I really find compelling. The score is an unsettling thing. Melodies are sabotaged by dissonance and harmony is murdered by pretty much zero resolution. Songs end before they're meant to. All of this works to wrong-foot an audience at every turn. It's a wolf in sheep's clothing."

Perfect describes the show as "every bit as abrasive, mean-spirited, fun, sexy and wonderful as it should be".

"There can be a touch of the museum about a Brecht work," he says. "But director Michael Kantor has done a terrific job of making this production come alive."

This is something Perfect would like all his shows to be.

"I think an audience deserves energy," he says. "They deserve balls-out, no self-preservation energy and complete commitment. "That's what I try to give, no matter what the piece."