Feature: Is Midsummer a musical? 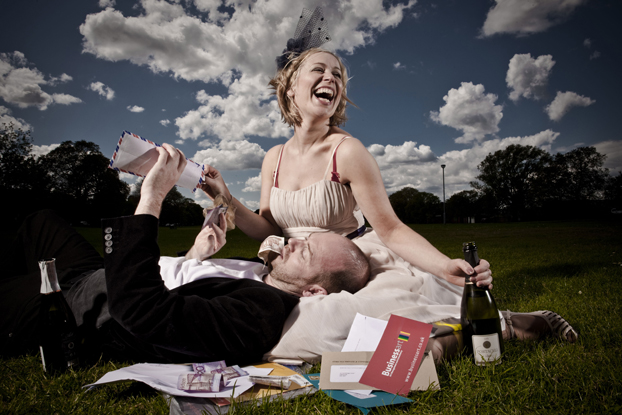 When is a musical not a musical? When it's an opera, usually. But also, according to the Scottish playwright David Greig, when it's a "play with songs". This, at least, is how he describes Midsummer, now playing at Edinburgh's Traverse theatre.

But what is a play with songs when it's at home? For Gordon McIntyre, who composed the music for Greig's play, the difference between his work and a musical lies in the role of the songs themselves. In a musical, explained McIntyre to the BBC's Culture Show, songs participate in the telling of the story, whereas in Midsummerthey "express what the characters are feeling and thinking".

He managed to get the point across, but you can tell he wasn't happy with his answer. Nor should he have been. In musicals, as in operas, it is precisely the function of the songs - or arias - to give time and shape to the inner feelings of the characters on stage. Arguably, Greig's story about two unlikely characters united in love, song and dance, is a musical by any other name.

However, this prickly issue of categorising isn't made any clearer when the appetite for musical theatre is booming on both sides of the Atlantic. Take Caroline Or Change, a work by Tony Kushner and Jeanine Tesori, which recently re-ran on Broadway, and is referred to as "a through-composed musical" because there are no spoken lines in it whatsoever. This has prompted some to ask why shouldn't just be considered an opera. It seems like a fair question, until of course you consider that there are many operas in the repertoire - from Mozart's Magic Fluteto Berg's Lulu- which make use of spoken dialogue. Likewise, Les Miserablesand Miss Saigonand are both known as musicals without a single line being spoken in either.

So what, if anything, does the difference between opera and musical theatre come down to? On one level, the distinction is simply a pragmatic one. Presumably, Greig and McIntyre didn't choose the term "musical" for the same reason Kushner and Tesori avoided the term "opera": because the generic associations grouped around each term would have given their audiences the wrong impression, if it hadn't frightened them away altogether.

This article is by Guy Dammann and ran on www.guardian.co.ukon 19 August, 2009.

For the full article go to here