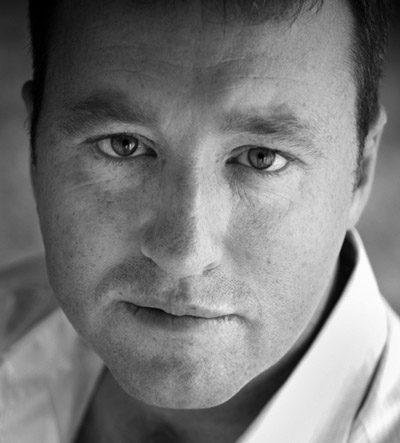 Where did the idea for Zebra!come from?

Well, I was in New York in January 2009 after some of the big crashes of the global financial crisis, and the feeling in the city around that period was very real, and very potent. People had lost their jobs, their life savings and the faith they had in the American economy - it was a period of real fear. In a New York bar I had a conversation with two guys, Men that had spent their entire lives working with the full expectation that they were getting close to being able to enjoy their retirement. Now the goal posts had changed. One of them said: "We thought we were playing the game right, by the rules and now some bastard's come along and said: 'Nope, sorry, you might have made it to the last quarter but you've got nothing on the board. It's zero-zero and guess what? The game is about to start again!"

Every writer yearns for conversations like this - that really capture a shared moment, and it sparked my interest in the personal fallout post-GFC as well as the societal and global repercussions.

With three characters, and an inherently naturalistic setting, Zebra!seems a departure from your previous play Concussion - was that deliberate choice?

The landscape of Zebra!was really important to me - setting it in one room, one bar with a literally global cataclysmic event was designed as a challenge and a way of approaching the issues from a different starting point. There was a version of the script, earlier on, that had more than three characters but Andrew (Upton) really encouraged me to find the drama in the three key characters, who are almost trapped in this bar. It was also the perfect setting for the clash of cultures that I was creating. The U.S experience is so insular (especially prior to 9/11) so having Jimmy's Australianism shape his experience of the GFC was important.

When I first travelled to NYC I felt really at home there as an Australian. New York is not an American city, it feels like a global city, a recognisable landscape and an obvious landing ground. Out of the amazing grid pattern of New York fell this monumental economic chaos. The city where people go to reinvent themselves now had some reinventing of it's own.

How has the process of developing the script been?

Developing a new work, knowing that it's going into production really raises the stakes and everyone involved in the development is as invested in it as you, from the cast to Polly (STC's Literary Manager) to the production team. When you are just doing a development, the theatre company can often feel at arm's length to the writer, as they are busy actually producing plays. This time the investment and risks feels jointly shared. All the comments and script notes are made with the production in mind - so the development feels very real and concrete.

It's rare for a new work to attract such a high calibre cast. Does having Bryan Brown and Colin Friels in the play increase the pressure?

In many ways yes, of course! Suddenly two actors who I've literally been admiring for years are working on my play. It's such a privilege to have their input into the script - these are two actors who are committed to telling Australian stories and have built careers around telling Australian stories. They are actors that make statements about supporting Australian work simply by the work they choose to do. My meetings with both of them have been inspirational, they're jaw-dropping experts in stories and their suggestions have really enhanced the play.

Your play has been described a look at our post-GFC world and how it has affected our self-image. What does the play offer us in Australia?

Since World War Two Americans have seem themselves as exceptional, as bullet-proof and above everyone else. The GFC has ripped that narrative from under them and they are reeling in the aftermath of that.

The mood in New York while I was there was one of betrayal, which is something these characters feel acutely. They trusted the system, invested in the system and then it turned around and bit them in the arse. From an Australian point of view the structures our Federal Government had in place protected us a little. But more and more we had been adopting the American culture of consumption and free markets with an attitude of 'well they're doing it, why not us too?' Now that America's philosophy has crumbled are we going to change? Are we going to find our own way as Australians?