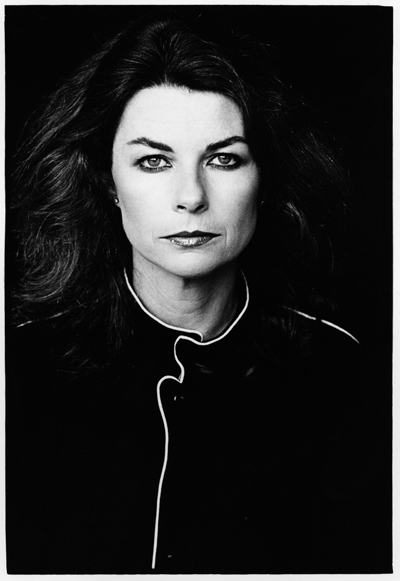 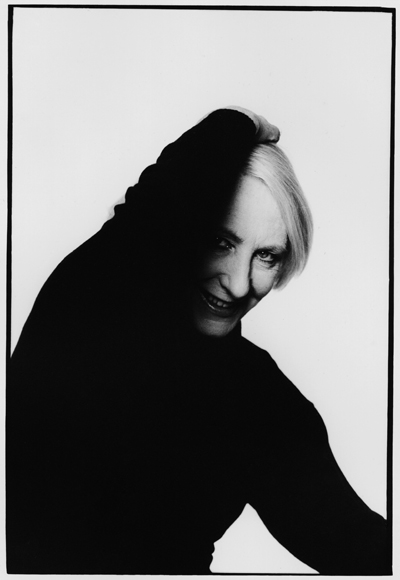 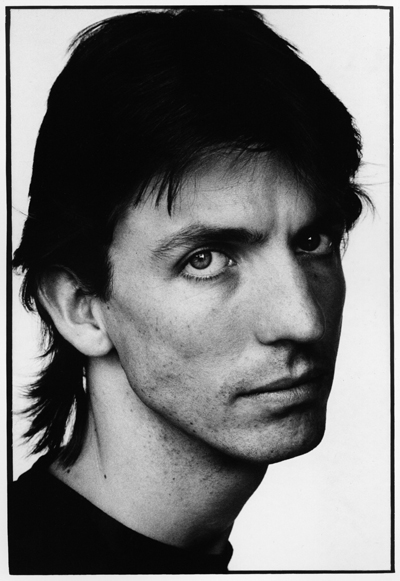 Unsuspecting actors sent by their agents to Stuart Campbell's 'studio' were never prepared for what awaited them at the top of the stairs at 27A Hall Street, Bondi Beach. Before they'd even reached the landing, a door would be edged open and the photographer, wine glass in hand, would look his subject up and down and murmur lasciviously, 'Come inside and take all your clothes off'.

Stuart Campbell's gifts as a photographer were many but what made him unique was his ability to disarm his subjects with outlandish wit, shocking them out of their self-consciousness so that they revealed more of themselves than they had ever intended as they were walking up that flight of stairs. To enter his Bondi apartment was a little like finding yourself on stage in front of an audience without having learnt the script - a script that was being played out by Stuart with full theatrical flourish. A trained actor and NIDA graduate, he never stopped being a performer and that took some of the heat off his subjects.

Close friend, the actor Simon Burke, remembers 'his devastating sharpness, his brilliant, dreadful puns, his lethally accurate assessment of anyone and anything in his path, his knack of saying exactly the wrong thing at exactly the wrong time'. Few subjects would have ever forgotten the experience. 'Stuart would have four or five clients a day,' Burke says, 'and most of these clients would still be there at the end of the day and stay for dinner and a free personality assessment late into the night.' The results, as friend Siobhan Hannah says, were often the best portraits of the subjects ever taken.

'He managed to catch something about each person's character - the pretty ones would get a hint of a stronger beauty, the plainer would reveal their warmth or sexiness, comics would reveal a hint of their serious intellect.' Given that his portfolio of hundreds of portraits includes head shots of just about every leading Australian actor of the past thirty years, such as Mel Gibson, John Bell, Jacki Weaver and Colin Friels, many of them at the early, vulnerable stages of their careers, this says much about his remarkable eye. And yet, he was dismissive of his talent. 'He once said to me, you have an eye but I have a tongue,' says photographer Tony Amos.

His 'studio' in his lounge room was almost comically modest - a red bucket placed upside down in front of a white or grey background on which his subjects would sit, lit by a couple of tungsten umbrella lights. He used a Nikon FM manual camera loaded with Ilford black and white film. He rarely veered from using this film or the Agfa multigrade RC paper he preferred to print on. His cramped darkroom was a converted laundry and he hung his prints on the Hills Hoist to dry. 'He was the fastest high-quality printer I'd ever seen,' says Tony Amos, who worked with the best in New York. 'He dodged and burned the images with his hands.'

Born in Ballarat, Victoria, on March 22, 1951, Stuart was, unsurprisingly, an amusing child who seemed bound for the theatre at an early age. He graduated from Ballarat High School with first-class honours in Art, Modern History and English Literature, having kicked off his acting career with the role of Mr Darcy in the school production of Pride and Prejudice. In 1969 he entered Swinburne Technical College Melbourne as an art student and quickly developed a passion for photography. In the darkroom, he entertained other students with his hilarious renditions of songs from musicals. That was the start of an affectionate forty-year friendship with the film director Gillian Armstrong, who cast him in her very first film, Man and Girl, and in the short comic film Satdee Nite. Later, he would have small roles in her features Starstruckand Unfolding Florence.

When he was twenty-one he was accepted into the drama school at NIDA. Not blessed with matinee idol looks like fellow students Mel Gibson and Andrew McFarlane, he quickly blossomed into a marvellous character actor. Aubrey Mellor, former NIDA director, recalls, "Stuart surprised everyone with his in-depth, painfully empathetic portrayal of Shylock in John Clark's brilliant production of Merchant. I have never since seen that play so well realised; and, despite his youth, no one in my mind, before or since, has ever come near Stuart's Shylock. His will continue to remain arguably the greatest performance by a NIDA student". On graduation, he was soon working with the major theatre companies. He appeared on TV in Certain Women, The Restless Years, Cop Shopand Patrol Boatand in films of the era like Caddie.

But by the early 1980s Stuart's hobby as a photographer had started to grow into a profession. He was photographing male centrefolds for Cleoand portraits of artists such as Peter Carey for Vogue, as well as artistic male nudes. "In my opinion, Stuart's artistic shots were in the same league as Mapplethorpe," says satirist and composer Phil Scott. Stuart's empathy for actors and his experience of both sides of the camera, made him the portraitist for actor's headshots. "In a Campbell portrait the face always glowed against a dark background. It lifted the skin and brought out the eyes," Gillian Armstrong says. Simon Burke adds that what made a sitting with Stuart truly memorable were "those seven shots at the end of the roll of film that he took that day with whoever you brought along - your mum or your kid or your nanna or your partner or your dog. He captured you with them at that moment in your life and that was the essence of you - headshots come and go but it's that picture that you'll treasure for the rest of your life."

"He loved the highs and lows of other people's lives. The drama, the tragedy, and to be first on the phone with the news was his greatest thrill," says Gillian Armstrong. His Bondi Beach apartment became a meeting place for actors, directors, musicians and writers; where firemen and surfers might hobnob with Jacki Weaver, Richard Wherrett, Jane Scott and Richard Tognetti. But those hilarious years weren't to last forever.

When Agfa discontinued the paper he loved a few years ago, he despaired. "He couldn't get happy with anything else in the end," Tony Amos says. Agents and clients were demanding digitised images but Stuart disliked the aesthetics of the new technology and refused to take it up. He didn't even own a computer. By 2006 he was fast becoming disenchanted with Sydney and the backpackers that were infesting Bondi Beach. That year Stuart decided to move to Ballarat to be with his large and loving family. He took few photographs, not finding there the subject matter that fulfilled him. He died in Ballarat after a brief illness in December 2009 at the age of fifty-eight.

Those who knew Stuart, even fleetingly, were left with the indelible stamp of his considerable personal charm. Those who were fortunate enough to have been captured by his camera have a more precious memento. The distinguished actress Penny Downie, who sat for Stuart early in her career, says, "With his 'front', angular, acerbic and witty as it was, he would only just cover a mercurial, incredibly wise and compassionate soul. His photographs seemed to me at the time, and now, his window through to a world which he frequently appeared to be at odds with."

Stage Portraits: Works by Stuart Campbellopens at The Wharf on July 28, 2011.

The exhibition was previously shown at the National Portrait Gallery, Canberra.