Feature: Lorca and his times 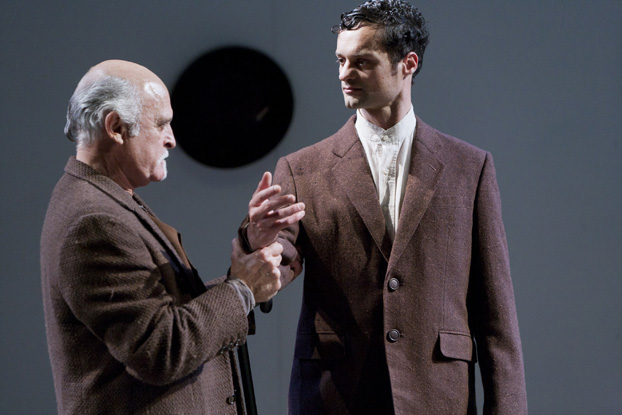 The last six years of Federico García Lorca's life were marked in equal part by passion and politics. The former of these had always been an important part of his life. The latter was somewhat newer to it, and would ultimately contribute to its end.

Returning to Spain from the United States and Cuba in 1930, the former of which inspired Poeta en Nueva York, his feverish cycle of poems about the metropolis on the verge of a nervous breakdown, García Lorca was a changed man. As Pablo Medina and Mark Statman note in the introduction to their 2008 translation of that cycle, although the poet and playwright had never been "in any strict sense a political man, a poet of the political," he was nevertheless a man of deep emotion and conviction. He had great deal of sympathy for those on the periphery of society, and this sympathy had been sharpened to a fine point by the endemic racism found on the streets of Manhattan and Brooklyn.

"Being from Granada," García Lorca once said, "gives me a sympathetic understanding of all those who are persecuted-of the gypsy, the black, the Jew, of the Moor, which all Granadinos carry inside them."

In his book on García Lorca's output as a visual artist, Mario Hernández writes that the poet's experience in New York thus radicalised him: he returned to Spain a strident advocate of theatre as a form of social action, as a space where, as he himself put it, "men can question norms that are outmoded or mistaken and explain with living example the eternal norms of the human heart."

It was fortuitous, then, that his return should have coincided with the fall of Primo de Rivera's dictatorship and the reestablishment of the Spanish Republic, the government of which supplied him with the funding, in 1931, to establish La Barraca. This student theatre company was charged with touring radical reinterpretations of the Spanish classics to remote and rural areas, where locals could attend them for free. Australian groups such as Urban Theatre Projects and Version 1.0 are, while less concerned with the classics, perhaps, clearly in the same activist mould.

It was while touring with La Barraca that García Lorca wrote, not only Blood Wedding, but also the other plays of his "rural trilogy", Yermaand The House of Bernarda Alba, all of which explored the relationship between the individual and society, the role of women, and the eternal dance between life and death. They were marked by what in Spanish is called duende, a hard-to-translate characteristic that, in his famous 1933 lecture on the subject, García Lorca described as "a force, not a labour; a struggle, not a thought."

"It's not a question of skill," he said, "but of a style that's truly alive. Meaning, it's in the veins. Meaning, it's of the most ancient culture of immediate creation."

The trilogy was also a further demonstration of the playwright's abiding feeling for those who constituted what Medina and Statman describe as the overlooked "backbone of [Spain's] population, the agrarian poor, who lived away from the centres of culture."

Whether we like to admit it or not, it is worth remembering that we theatre-going types do often come across as an urban elite that, consciously or not, belittles, patronises or downright ignores those who live away from the centres of our own culture, who are marginalised as often by economic circumstance as they are by ethnic and racial divisions. García Lorca would have been one of the first to defend, or at least try and understand, Australian "bogans", British "chavs" and American "rednecks", just as he would have the Muslim and Indigenous populations of, say, Western Sydney and Redfern. Ian Sinclair's interpretation of Blood Weddingshows a real sensitivity to this point. For García Lorca, the theatre's importance and vitality was largely dependent on its ability to reach, and speak to, these groups.

It was his desire to take it to them, and the fact that his attempts to do so had been financed by the Republican government, that eventually brought him afoul of Spain's increasingly belligerent Nationalists. His homosexuality might well have had something to do with it as well. On the morning of August 19, 1936, the poet was taken, along with a teacher and two anarchist bullfighters, to a place called Fuente Grande, on the road between Víznar and Alfacar, and executed. His body, despite numerous excavations in search of it, has never been found.

Duende may, as Alison Croggon has written, "stand on the rim of the wound, inviting death to be its playmate," but it is still a living, human force. Fascism is precisely the opposite: not a dance with death, but a dance of it.
García Lorca was one of that movement's first victims. He undoubtedly remains one if its greatest.