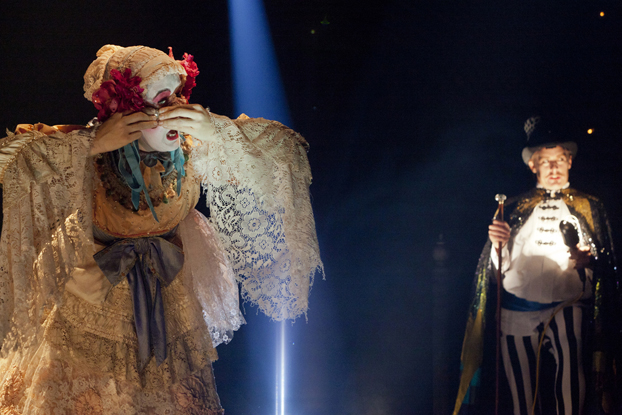 It is always very tempting to turn a 'moment' into a 'movement': the term 'in-yer-face theatre' - which, despite being in your face, is actually rather tame when compared to the broader-based 'theatre and blood and sperm' of which it was a part - threatens to do just that.

The moment in question was relatively short-lived. To pick some arbitrary but helpful dates, we might say that it began in 1995, with the premiere of Sarah Kane's hugely controversial Blasted at London's Royal Court Theatre Upstairs, and ended with the same playwright's suicide four years later. Building on the work of playwrights like Caryl Churchill and Martin Crimp, the writers who belong to this moment were not united by any concerted political or aesthetic project, but rather by a kind of generational anger. The plays of 'Thatcher's children', as their generation was known, didn't so much constitute a movement than display a common sensibility. And the repercussions of this sensibility were widely felt. The UK Telegraph's drama critic, Charles Spencer, estimates that between 1995 and 1999 some four hundred productions premiered at the Royal Court - the sensibility's petri dish - were staged worldwide.

In the decade-and-a-bit since, Australia's stages have seen their fair share of such productions, too. From Linda Hassall's 2001 production of Blastedfor LaBoite and Alyson Campbell's 2007 production of Kane's 4:48 Psychosisfor Red Stitch, certain, usually younger theatremakers revelled in the sex and violence of those four years, perhaps recognising something of their own experience as 'Howard's children' in the work of the Iron Lady's theatrical progeny.

Of course, while these works have continued to display something of the sensibility that made their writers famous and reviled, many others associated with that moment while it was happening - including Anthony Nielson, who along with Kane and Mark Ravenhill constituted its unholy trinity - have since moved onto other things.

Some may even say they have, if not been tamed, at least become respectable in the eyes of the theatrical and literary establishments. Martin McDonagh has won an Oscar, Tracy Letts a Pulitzer, and Jez Butterworth this year made his Broadway debut and was nominated for a Tony as a result. Ravenhill's work has become increasingly experimental and politically indirect. Even Nielson, who counted Kane and Ravenhill among his protégés, has moved on from the sensationalism of "blood and sperm" to that of what he now calls "psycho-absurdism".

Australian audiences have been subjected to this latter mode once before. Nielson's The Wonderful World of Dissocia, the playwright's first self-labelled "psycho-absurdist" work, was staged at the STC in 2009. Edward Gantwas written two years prior to that play, in 2002, and offers audiences an altogether different opportunity: to watch the tropes and concerns of one theatrical moment - not movement - as they pass into what may well be the next.