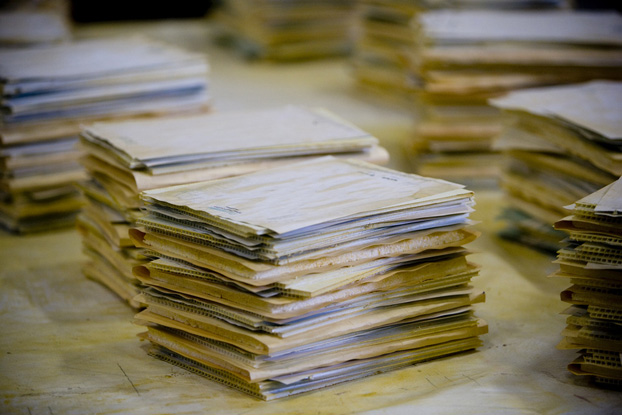 In an ideal world a big company in a big city would be constantly re-assessing and refracting works from the past; it's one of the core purposes of theatre. Each generation and each artist remodels, re-interprets. It's an important way of breaking bread with the dead (pace Jonathan Miller) and of assessing the way a society or a culture thinks; you can learn a great deal about how militarism or patriotism is felt at a given moment in time by looking at a production of Henry Vfor example. But in order for a play to be both canonical and a theatre classic (which is a different beast to a literary classic) it needs to be known and remembered by a sizeable chunk of any audience on any given night.

In Australia it's very hard to make that assumption about more than a few plays and these tend to be produced repeatedly, partly out of familiarity, partly because of the qualities that made them popular in the first place. Shakespeares that have been interpreted as great works of high humanism since the time of Garrick are privileged over 'problem plays' by the same writer; they are studied for their literary merit, and become literary classics. Part of their status as theatre classics comes from their recognisability as literary classics, the old phenomenon of the audience members in the front row mouthing the lines, which has put off more than a few Hamlets.

So, if you have a theatre culture that is as pathologically addicted to earning massive box office as Australia's professional theatre is, producers will look askance at taking risks. If audiences know and love Twelfth Nightor A Midsummer Night's Dreamthen why have a fresh look at Troilus and Cressidaor All's Well That Ends Well? A prominent leading actor or a distinctive directorial voice is one way to cut through, as Peter Craven points out (in his article for The Australian, read it here http://bit.ly/kc3B5O).

There's more to it though than plays from hundreds of years ago...a dynamic company culture would also be reviving pieces from fifteen years ago or thirty years ago, and in an ideal world (or even a braver one) the mainstage companies of Australia would be consistently reviving Australian plays and seeing how they work in their 'afterlife' (again pace Miller). At STC over the last ten years we've taken new looks at Summer Rain, A Hard God, The One Day of The Year, The Club, The Christian Brothers, Morning Sacrifice, The Removalists, Scenes from a Separation, Don's Party, The Season at Sarsaparilla, Honour...contemporary and 'classic' plays always sit in conversation with each other, both in the experience of their audience and the creative life of artists. They feed on each other.

The breadth of writers, languages (in translation) and eras that an Australian company can present is always circumscribed. Still, whilst it's great to able to see Ibsen, Miller, Shakespeare and Chekhov over and over, it would be fantastic to be able to offer Bulgakov, Strindberg, Marlowe, Calderon, Horvath, Bernhard, Feydeau, Pirandello et al too. Some companies do try to help keep the pool of classics broader, and hopefully deeper too. But in an age where a cast size over seven causes shaky hands, and where audiences like to 'know what they're getting', we have to pick our moments.