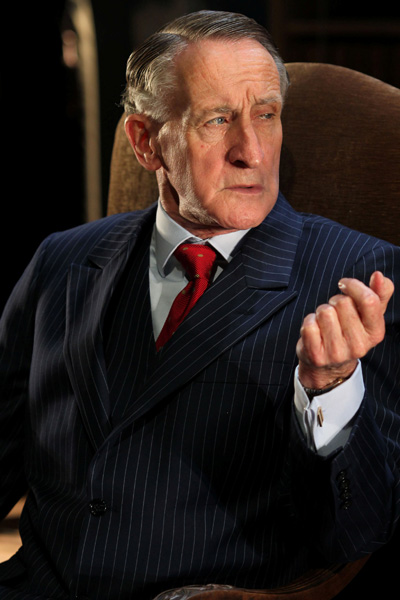 I believe that these assertions still make sense and do still apply to the exploration of reality through art. So as a writer I stand by them but as a citizen I cannot. As a citizen I must ask: What is true? What is false?

Truth in drama is forever elusive. You never quite find it but the search for it is compulsive. The search is clearly what drives the endeavour. The search is your task. More often than not you stumble upon the truth in the dark, colliding with it or just glimpsing an image or a shape which seems to correspond to the truth, often without realising that you have done so. But the real truth is that there never is any such thing as one truth to be found in dramatic art. There are many. These truths challenge each other, recoil from each other, reflect each other, ignore each other, tease each other, are blind to each other. Sometimes you feel you have the truth of a moment in your hand, then it slips through your fingers and is lost.

It's a strange moment, the moment of creating characters who up to that moment have had no existence. What follows is fitful, uncertain, even hallucinatory, although sometimes it can be an unstoppable avalanche. The author's position is an odd one. In a sense he is not welcomed by the characters. The characters resist him, they are not easy to live with, they are impossible to define. You certainly can't dictate to them. To a certain extent you play a never-ending game with them, cat and mouse, blind man's buff, hide and seek. But finally you find that you have people of flesh and blood on your hands, people with will and an individual sensibility of their own, made out of component parts you are unable to change, manipulate or distort.

So language in art remains a highly ambiguous transaction, a quicksand, a trampoline, a frozen pool that might give way under you, the author, at any time.

But as I have said, the search for the truth can never stop. It cannot be adjourned, it cannot be postponed. It has to be faced, right there, on the spot.

This is an extract of the speech delivered by Harold Pinter via a video recording on being awarded the Nobel Prize for Literature on 7 December 2005.