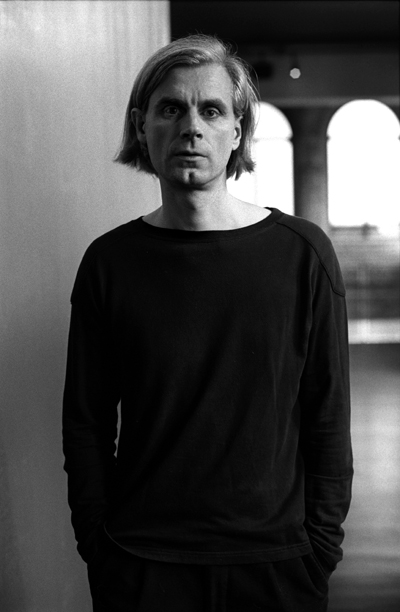 The enormous difference of course is that the material is already there. The job is then to give the text in English the sense of inevitability that is a given in the original language.

What is the mark of a good theatrical adaptation?

Many different kinds of theatre text are derived from a pre-existing play. The main thing is for the terms of engagement to be clear. Sometimes a completely new play can be made from an old one, like Kleist's Amphitryon. The task here is more discreet: to make Strauss's play sound at home in the English language.

How do you describe Strauss' style?

Strauss is indirect: especially in his treatment of narrative. I've more of a taste for traditional narrative, although perhaps I exploit it in untraditional ways, as in Attempts on her Life.

What drew you to working on Gross und Klein?

I didn't know the play at all. I was immediately struck by the uniqueness of the voice, and took pleasure in the free and open structure.

What discussions did you have with Benedict Andrews about the script?

I asked Benedict to help me weed out anything that sounded too British.

More than 30 years have past since Strauss wrote this play. Was it important for you to make the play more relevant to an audience in 2011?

The play is based on an idea too strong for a mere 30 years to erode its meaning: the individual's search for a place (for acceptance) in human society.

What is your favourite scene in this play?

The scene where Lotte tries to join her dentist father-in-law's respectable family, only to discover its members are border-line insane. As to why I like it, draw your own conclusions.

The final exchange between Lotte and the doctor:

I think you should leave. / Yes.

Because it's a perfect ending.