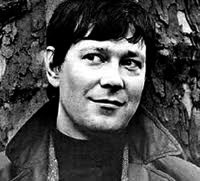 Mine was one of the last published interviews (if not THE last) with Joe Orton before he was murdered by Ken Halliwell.  It is called Money and Mr. Orton and got a three-quarter feature spread in the London Evening News (E.N.), a couple of years after Lootand when Orton was on the crest of his wave.  It's drawn on in Prick up your Earsand I am annotated in the back bibliography.  I've still got a copy of it in my cuttings book and I think it would have been 1966/67.

I was a young journalist who lucked into a three-month trial on the E.N.after the death of my partner, a documentary film-maker, in PNG.  I escaped to London to stay with his parents and got the job, starting off with fashion bits and pieces and quickly getting my own column (the strange ways of the English from an antipodean point of view) and writing human interest features centred around the news of the day.

Bill Green was the E.N.'s veteran show business writer and he took an avuncular shine to me.  He took me under his wing and took me with him to first nights, meetings with stars, and a number of working lunches at The Ivy. I met, interviewed, and had published good interviews with people such as Fenella Fielding, David Warner, Glenda Jackson, Tom Courteney, lots more at the time, as Bill ('Bill Green in the Green Room') was really not up to writing much at that stage.  He may have been ill, I don't know, but before he retired it was, for me, a three or four month crash course in meeting and writing about the most marvellous people in English theatre at the time.

Anyway, just shortly before I was to go on a six week holiday to Spain, I interviewed Joe Orton.  I think I must have got a taxi there because it was in (Islington?), I don't remember that, but I do remember getting a bus back to Fleet St. because they were Cracking Down on Expenses.

The 'flat' was really a downstairs bedsitter with a little alcove off where he made tea.  The walls of the room, with two single camp beds, were covered with a collage of clipped out photographs and magazine photos (some of which I later learned were filched from books from the local library ... or did he tell me that himself?  Don't know.)  It was a dismal little place yet it wasn't dismal.  And Joe Orton himself was magnetic.  Like a sparkling-eyed gnome (he was small, but not THAT small) or someone who could weave magic or mischief.  He told me a lot of lies that day but I took them all down in my impeccable shorthand ... that he was married ... married twice ... had two little daughters he adored ... that he lived alone ... that he had left school at 15 (as had I) ... and that he had just come back from Morocco where he was going to live fulltime one day and that he was going back there in another two weeks.

There have been a few people in my life that I have instantly connected with in a not very usual way.  Some of them have been in the personal realm and some through interviewing ('Weary' Dunlop; Faye Dunaway; Josephine Baker, when she was a very old lady, in a tiny room at the Savoy, on her last cabaret gig to try and raise money for her orphanage in France) and Joe Orton was definitely one of them.

I went on holiday with my friends to Formentera.  This was the little 'un-chic' island next to Ibiza over run by hippies of the scruff, skint kind.  We rented a farmhouse in the hills and rarely came into 'town' - which was one main street, a post office, a couple of stores and the main, filthy backpacker hotel where the hippies smoked hash, drank flagons of rough red, and deposited enough turds in the overflowing toilets to nurture hectares of market gardens.

One day, though, we went into town to pick up mail from the post office.  I was walking ahead of the other three.  It was a hot and still morning.  As I walked on, though, a wind blew up.  It blew a double page of a newspaper onto my feet.  The rest of the paper went barrelling on.  I picked up the paper.  It was the front page of the Daily Mirrorwith the news of Joe Orton's death.

I have a theory - totally unsubstantiated but truly felt - that creative people do have a kind of key to other worlds - other dimensions - and that Joe Orton's twinkling black gaze was/is a part of it for me.

Patricia Johnson is an Australian journalist, screenwriter and playwright, and was the STC Playwright in Residence in 1984.