Feature: A state of being 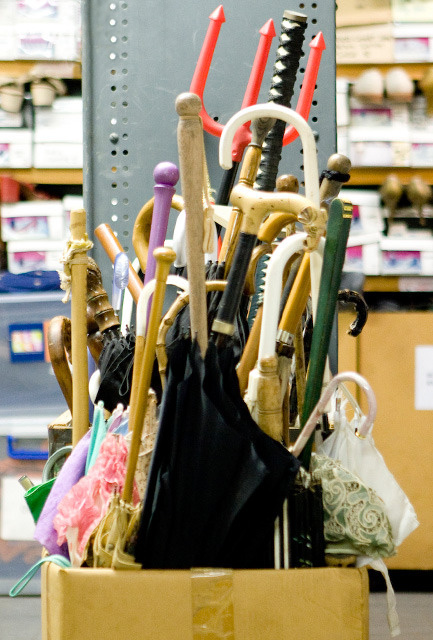 Theatre can be defined in a narrow way, i.e. as a live performance within a theatre venue, or broadly to the extent that it includes the entire scope of human activity, including even the observation of the natural or molecular world. Theatre can be a state of being. It is capable of synthesising any art form, moulding itself to radically new environments, altering form and content in a way that obliterates all previously recognised theatrical signifiers, and still call itself theatre. It is this extraordinary flexibility that helps it to endure. This flexibility is given its full range of expression because theatre cannot be separated from the way we live. Theatre is an exchange that is live. Theatre is actual, it exists between people, or at least between a person and a thing.

It is theatre's 'liveness' that makes it such a powerful form of expression.  No matter how brutal the historical attempts to suppress theatre, it always continues to endure. There are many famous examples of theatre practitioners that have been tortured and/or executed over the centuries, from playwrights such as Antonio José de Silva, who was burned at the stake; Thomas Kyd, tortured as a heretic; Vsevolod Meyerhold, murdered by Stalin's henchmen; to individuals and organisations that continue to make theatre despite incredible disadvantages, including political suppression, as in the case of Eritrean playwright and journalist Dawit Isaak, who has been in jail for the past ten years.

Theatre can be highly flexible and mobile, making it difficult to control, or pass more easily under the radar of military dictatorships. Under communism theatre makers would create works in the intimate environs of people's homes to avoid detection by the secret police. A similar situation occurred during the Latin American dictatorships of the 1970's and 80's; theatre practitioners managed to use techniques of countercensorhsip in order to disguise their work's political content, often called 'metaphorizing reality'. The theatres became places where dissent towards the authoritarian regimes became possible providing the signs of rebellion were not overt or directly challenging, which ironically caused the theatre to proliferate. Repression inadvertently nurtured theatrical culture by creating a need for it.

In the western democracies, while theatre practitioners do not have to contend with political restrictions, there is an overwhelming sense that theatre has become irrelevant, that it is being smothered under the formidable weight of mass media.  From mobile phone apps, and Internet games, to pay TV, it seems we are being increasingly assailed by technologies that separate us from each other. While this is perhaps true, it also nurtures a need for a different type of theatre, where the enemy, or the repressing agent, is not so tangible. Perhaps our need for theatre, in all its infinite forms, will also proliferate under these conditions, providing it adapts itself to its new circumstances. The basic need of people to engage with one another, to share our humanity without the apparel of social conformity, is perhaps more compelling than ever before.

Theatre has always evolved within the culture it arises from, though sometimes when it looks back and studies itself there is a tendency to want to prop itself up, to be seduced by its own cultural edifices instead of focusing on what makes it truly powerful. When all the trappings and conventions are stripped away, all we are left with is a recognition that contact has been made with another person; something is happening between them.

Raimondo Cortese is the current Patrick White Fellow at the Sydney Theatre Company.

He adapted the libretto for The Threepenny Opera, which is playing at Sydney Theatre until 24 September, 2011.