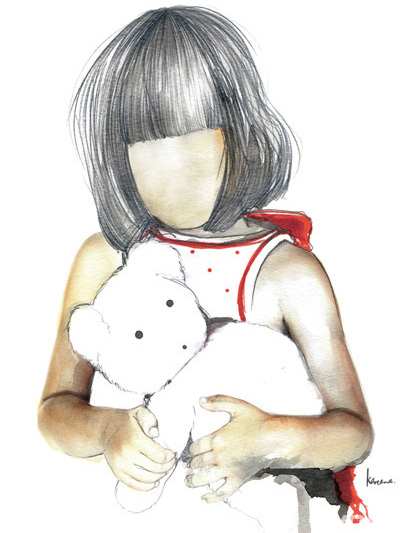 I was approached about writing a play for the STC Ed program. The brief was 'gothic horror', which thrilled me to bits, and I went off and read some of the classics of the genre: Frankenstein, Dr Jekylland Mr Hyde, The Turn of the Screw. This last I hadn't read before, and it had a profound effect on me. It's so tightly wound, so suggestive, and the narrator is either a heroine or a madwoman, depending on how you interpret her account.

For some time I'd had in the back of my mind two thoughts: one a technical idea, about starting a play with the best thing that could possibly happen (as playwrights we are often more interested in the opposite); and the other a narrative idea, about the restoration of a missing child and how a parent then relates to them.

I brought these ideas together in the treatment I presented to the STC. The only problem was - what I'd written was psychological horror. Its suspense depends on suggestion and dread. This was not appropriate for young audiences. So that, I thought, was that.

However! Talking some months later with Polly (Rowe, STC's Literary Manager), who had remained intrigued by the treatment, she asked how I imagined it realised, and I said the word 'puppets'. Her face lit up - she had just finished working with the brilliant puppeteer Alice Osborne. Polly arranged a meeting, creative sparks flew, and next thing we had a week's workshop with The Residents, a strange assortment of objects gleaned from the Props Department, and masses of tin foil, plastic, cornflakes, shredded paper, and other treasures from Reverse Garbage.

I entered the process knowing nothing about puppetry - my mentioning a puppet had been simply a solution to having a small child onstage. But what opened before me was a world of astonishing possibilities. So much can be done with scale, with air and light; the specificity of a corkscrew's movement can bring it to life and break the heart. Alice made child-size dresses from paper and plastic, and by investing in these as living children, the actors created images of beauty and melancholy.

Because we wanted to keep the workshop as experimental as possible, we set ourselves parameters, such as: not working from the treatment, but plucking the eyes out of it in terms of images, ideas, resonant phrases. We drip-fed the actors information, so that they responded without any second-guessing. Polly asked that I hold off writing till after the workshop, and when I did start on the first draft, to do away with stage directions, to suggest everything through the text. All this has served to make the work highly visual and movement-driven, relying as much on images as on the words.

As a playwright, I'm drawn to working in new ways, collaborating with artists from different practices, and this process has been very rewarding. The play is now gathering energy and adherents - director, designer, actors - and with each conversation the possibilities for this spare, ambiguous text continue to unfold.