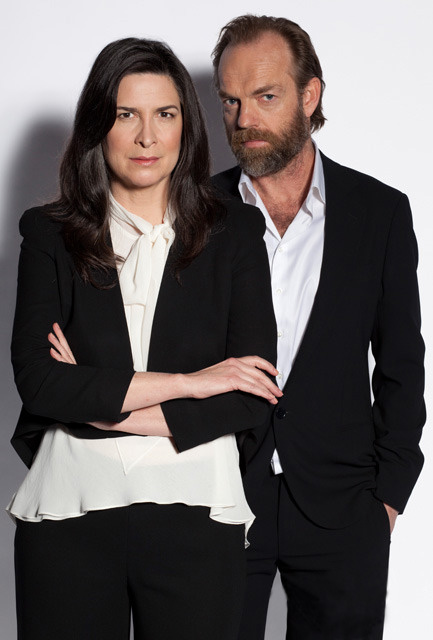 What interests me first and foremost about Les Liaisons Dangereusesare the characters, and my point of entry into this work is the people, particularly the two main characters who are kind of forces of nature. I'm excited by the idea of being able to unleash them on an audience.

They are people who are dangerously seductively evil and engaged in an amazingly manipulative game, characters who perform the same seduction on the audience that they do on each other. You end up, despite yourself, finding these people wicked but likeable.

The timeless nature of this play lies in the fact that it is an exploration of trust, betrayal, desire, manipulation, and power. This is one of the most fascinating examinations of sexual politics in the canon. We have one rule for the creation of this production and that's to make it as sexy and erotically charged as we can. Staging it in Wharf 1 is perfect because there's something quite intense about seeing people manipulate and seduce each other at such close range; it makes it an even more intoxicating experience.

We want to create a production that is incredibly detailed and nuanced, which is the kind of theatre that excites me as a director. It is a conventionally well-made text but the meatiness of the characterization presents a significant acting challenge.

What is interesting about the Christopher Hampton adaptation (which will be used in this production) is what it does stylistically: it treats intensely serious material in what is in some ways a comic fashion. There is a real comedy in this play and the form of the work matches the world it depicts, in that there is a glittering surface beneath which is a dirty, visceral underbelly of desire.

Restaging Les Liaisons Dangereusesis a challenge because this play's been done countless times before, including a production starring Hugo at the Seymour. So the challenge is about asking how can we blow the cobwebs away and stretch people's expectations of the romantic view of the 18th century and drag this play into the now? How do you cut through to what it's ultimately about? It's like acid washing it, taking it back to the essentials, removing layers and asking ourselves what it's actually about.

It's like the restoration of a great painting: stripping away layers of sediment and grime, cutting through that to the heart of what is a very contemporary story and a great vehicle for great actors.

It's a chance to be in the same room as great characters, which is one of the reasons we go to live theatre, it's like spending 120 minutes with Hamletor Miss Julie, but these ones are fun. It will create an uneasy smile because you're charmed but also disturbed by it.