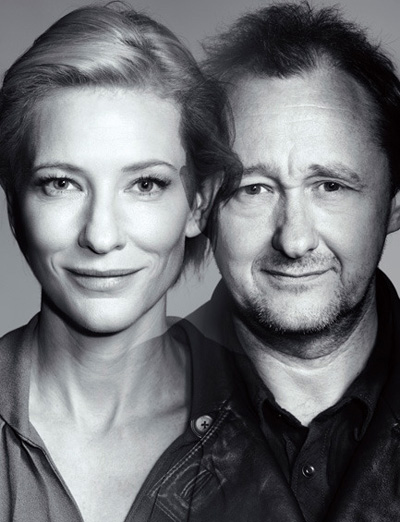 This 2012 season is our fourth as Artistic Directors, and it sees us coming out of the middle of our time (Act 2) and getting ready to cross over into the third and final act. As Mamet points out, it is in the middle of things - in the second act - that the work gets tested most acutely. Beginnings are easy and endings will flow from the good work that's gone before. It is in the middle that the questions and choices really get hammered. And yes, there have been plenty of ups and downs wrestling this season to ground, getting it right and finding its itness. We hope you will agree the effort has been worth it.

There's a lot of new Australian work in the season - commissions and relationships which we have nurtured over the last three years really beginning to come to fruition. Some Welsh, English, American and German theatrical voices joining the conversation. Wonderful actors and directors, designers and writers are returning to the Company or joining us for the first time. Some plays are being revisited and some are starting their life with us.

Once again we hope the season is best characterised as a broad range of theatrical encounters that reach deep into the characters and worlds that are conjured. Each piece is distinct to be sure, but there are many resonances to be found between them. Sex and death are front and centre (aren't they always? Tricky old things). Still, difficult as they are, they can and will provide some comedy and relief. For which… much thanks. The transformation of self, of character, of space which is central to many dramas - and indeed to the theatrical form itself - is at the heart of most of the works we are presenting in 2012.

For more on our 2012 season, head to www.sydneytheatre.com.au and don't forget to keep checking back here at the Back Stage blog as over the coming days we'll be running interviews with and notes from some of the writers, directors and creatives working with us next year.