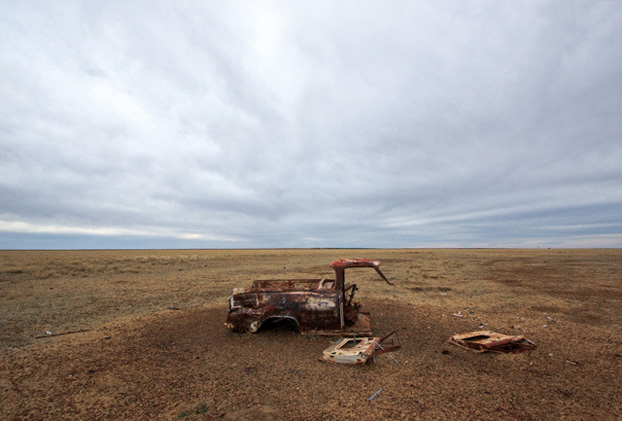 What inspired you to make a move into writing theatre plays?

I'm not really sure what's behind this little detour. I just seem to have fallen into it. I've always enjoyed writing dialogue and I like (and fear) the immediacy of theatre, the way your words live or die in the moment, in the midst of a crowd.

Writing for the page is a once-off; you get it wrong or right only the once and generally its reception is gradual and diffuse. In theatre the reception is immediate and immensely varied according to the evening's performance, the nature and mood of the audience. A novel is published into a broad social moment that lasts several months, whereas it seems to me a play, while arriving within that same social context, is received piecemeal, at the mercy of many micro-moments. Every performance is different.

The play is powerful or vulnerable according to the mood and make-up of the audience. Readers do effect one another's experience of a book, often in retrospect, but a theatre audience is much more volatile; people seem to take their cues from one another moment by moment. Sometimes you can feel an audience trying to make up its mind, searching for some social cue from row to row, as to how to respond. I guess this immediacy and volatility interests me, but as I said, it scares me too. It's new territory for me. As a novelist you're able to insulate yourself a little more from the raw reaction to your words.

I don't think the shift to theatre has changed my writing style as much as it has required a certain challenge in arming myself psychologically to strong and immediate reaction. You can ignore the reviews - by which I mean endeavour not to read them - but you'll eventually get roped into an audience and have to marinate in its weird gestalt. It's like being stuck in a room in which people are watching surveillance footage of you making a fool of yourself.

The landscape in Signs of Lifealmost seems to be another character. To what degree is location important to this play?

I suppose the landscape is always a vivid presence in my work. It's a preoccupation in my own life, so it's inevitable that it finds its way into the work, and this play is no exception. The actual region is unspecified in the text but I've set it in the central west coastal region of WA, the coastal plain, which looks to the newcomer like a pretty dull and spiky bit of country, but which is actually a profoundly important region of biodiversity. I've set the story in an unspecified future when the aquifers have been sucked dry and the land seems to be dying. The characters' prospects in this landscape are grim. It hasn't rained for years and doesn't look like starting any time soon - this is actually not a whole lot different to current reality here in the west right now. I guess part of the story is about how people imagine a future when they've spent all their tickets already, when the country's capital has been blown, when they've exceeded their limits. They're running on empty in a psychological sense as well, holding onto scraps of themselves, shreds of their past, bits of memory, bits of family connection, the afterglow of love, in the hope that these will provide fuel enough to continue. These people are trying to imagine a future where a future isn't immediately evident.

Briefly describe your process in creating this work.

I think I began with the house, the bare, blighted paddocks, the place. This is my usual beginning point. And then the people  A woman alone, the sound of a car approaching… and off I go. Like the audience, I'm thinking, hmm, what's this about, who's this bloke wandering in from the dark? After a while I realized that I already knew who the woman was. She's an echo from a novel I wrote in the 90s, and I've sort of stepped back into her life at a much later stage than when I last spent time with her. And old friend in that sense, though she did give me a few headaches all those years ago, so you might say we have some… well, history.

Do you consider yourself to be an activist-writer? What impact do you hope/expect the environmental message in Signs of Lifeto have on the audience?

I'm not even sure what an activist writer is. I guess you mean a writer on a mission to persuade. Which makes me think of Andre Malraux; somewhere he says "It's not passion that destroys the work of art. It's the will to prove". And I'm mindful of that. I think he's right. Persuasion is for politicians and advertising 'creatives'. To my mind art is about immersion rather than persuasion. People quite rightly suspect an artist who is selling them something.

There aren't many polemical works that live beyond their moment. Not that a readership or an audience isn't to be confronted, shaken, disturbed. But I don't think you need a polemic in order to do it. I guess I'm hoping that empathy and imaginative immersion - the sense of rendering an experience that lingers - will be enough.

Having said that, I do spend some of every work day as an activist. But this is volunteer work, stuff I do as a citizen, not as a writer per se. It does involve some writing and speechifying, but mostly its organizing, strategizing, helping build social alliances.  It's a social role, I guess, not a very writerly role, and it does involve some coaxing and persuading, even a little polemic at times, but although I accept that my social and environmental interests are often thematically present in my fiction and plays, "the will to prove" is something to be resisted.

Signs of Life, if it has any social or environmental implications at all, might be more about the question of how we will live in a reduced, depleted world. It's not offering any kind of program, but there is, I guess, an implicit idea in its unfolding that in order to endure we'll need to collaborate and cooperate and learn from each other's diverse experience.  After all, in a world like the world of this little play, the only thing we might be left with is each other - all these spiky, spooked, unpalatable fellow travellers.  In that sense it's a pretty austere view.  But where else can humans search for hope? You can only draw so much from going deeper into yourself, from toughening up and thinking smarter and deeper. Eventually you'll need to own up to your vulnerability to others. To relent, to help and, harder, for some of us, to be helped. That'll sound a bit Kumbaya, I guess, but when the shit hits the fan what's the alternative? If we can't make families we'll make alliances. That's my main interest in this story.

I don't think the play is making any direct point about environmental degradation, but it can be interesting to imagine a world not very different from our own, where things are just a few points worse, a few degrees hotter and tougher and drier than they are already. Just to give yourself a moment to ponder. What will this be like? How will we adapt? Will this be sustainable, psychologically? And I guess, looking back at it, I suppose the implication is… well, if it could be this rugged a scenario (and I think the world in the play is neither a wild nor especially speculative one) to contemplate, is this a future scenario we'd passively allow to become a reality? I mean, if there was any way at all to avoid this, or soften its worst effects, would we make an effort to prevent it?

Tim Winton is a novelist and short story writer. Signs of Lifeis his second play.

Signs of Life opens at the Drama Theatre, Sydney Opera House on 2 November, 2012.