Feature: Evolution of The Splinter 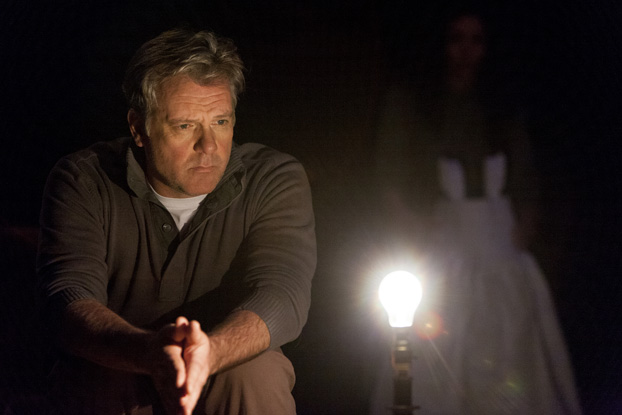 Like a lot of our new plays, The Splintercame about as a result of a commission, which on this occasion was made to playwright Hilary Bell. The STC usually has about six commissions out at any one time, including adaptations, original plays, projects being developed by theatre-making collectives and plays for STC Ed.

Typically a commissioned play is developed over three drafts and at each stage the artistic team (me, Tom Wright and Andrew or Cate) will read the play then offer notes to the writer in response. The process is very respectful of the writer and we tailor it to fit their preferred way of working. Some commissioned playwrights will make contact with us most weeks and whereas others disappear, only emerging when the new draft is complete.

In recent years STC has been exploring new models for commissioning and developing plays. The Splinteris one of the first Main Stage works to emerge from one of these processes and its journey to production has been unusual. In 2009 we commissioned Hilary to undertake an 'assignment', which was basically a pre-commission, research project. She was asked to come up with an idea that could be developed into a 'spooky' play for young people. After a few months working on the project, Hilary delivered a beautiful note book full of research and ideas. The story she outlined was too 'spooky' for kids but was the perfect starting point for a psychological drama for our Main Stage audience.

Hilary has always expressed an interest in collaborative processes of play development (she was very inspired by the collaboration between Frantic Assembly and Bryony Lavery on STOCKHOLMin 2009), so when she indicated that the play might involve puppetry we knew exactly how to facilitate the next step of development for The Splinter. We introduced her to puppeteer Alice Osborne, who had impressed us when she took part in a Rough Draft creative development, and set up a workshop for them with The Residents. The pair used this time with performers to explore Alice's physical responses to Hilary's initial ideas and notebook.  Hilary's brief was to observe the workshop, take notes but not write a word of a dialogue. She was extremely restrained and did not begin writing the play until the two week workshop was over. When she finally did begin to write a draft it came to her very quickly.

The creative development process enabled Hilary to imagine and realise a play that is full of space for a visual production and for her collaborators (Alice and the director Sarah Goodes, who came on board when the play was programmed last year) to interpret and expand upon her ideas.

STC's commissioning and creative development programs are an essential part of creating new Australian plays. They enable us to work with Australia's leading writers and to provide them with the creative support they require in order to achieve their vision.

This is an extract from the program for The Splinter, available for sale in the Wharf 1 foyer for $10.