"What's more Australian than snags on a barbecue?" asks Wally, Coriole resident and Australia Day Committee member, in Australia Dayby Jonathan Biggins. The question is part of a larger discussion about cultural identity... but in the meantime: it's meat time. The Coriole community expect sausages on their national day. And sausages they will have, thanks to the remarkable props department at MTC (where this production premiered earlier this year).

The props team churned out tray after tray of sausages for the show, which opens in September at the Sydney Opera House. The recipe is quite different from anything you might find in the Country Women's Association Cookbook. In case you ever need to prepare a vast number of fake sausages for your staged barbecue, here are some step-by-step instructions.

You will need:
• a decent amount of polystyrene (use your discretion, but as a guide - enough for 200 sausages)
• a belt sander and sandpaper
• a vat of latex
• plenty of Glad Wrap

Step One: Cut the polystyrene into sausage-sized blocks.
Step Two: Using your belt sander, round off the hard edges, then use your sandpaper to finish. 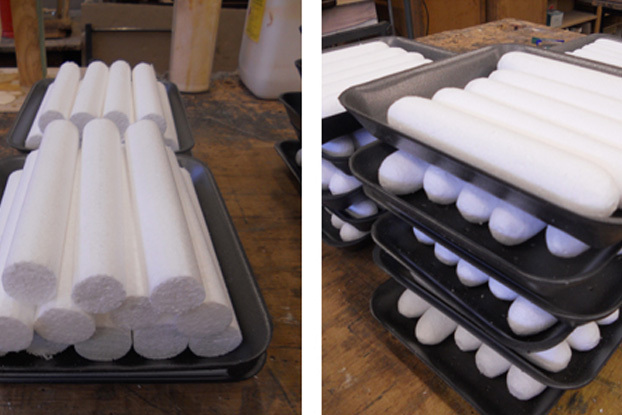 Step Three: Have some pegs handy. Grab your latex and dip the sausages in, then hang them up to dry. We used a series of wooden racks, but a Hills Hoist would probably do the trick. Note: It is important to hang them rather than dry them flat, at this lets the latex drip down and gives them that twist at the end, as if they've been cut from a string. 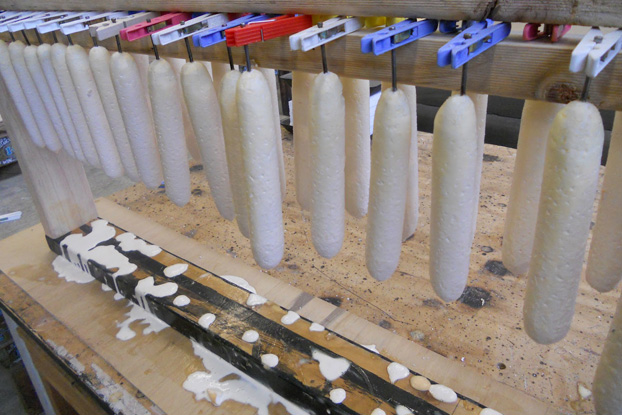 The latex seals the surface, giving it a skin effect and, as you can see, giving the fake meat a distinctive colour. 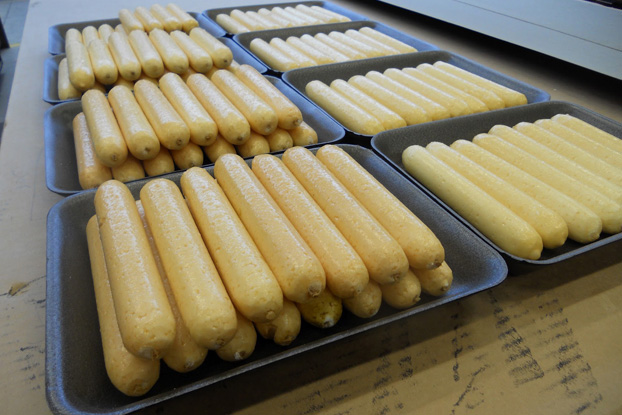 The initial idea was that latex would also prepare the sausage surfaces for painting, but after a week or so the colour had changed enough that there was no need for the meat-coloured paint job. So, our scenic art team was spared the task of painting two hundred sausages, and the props crew moved straight on to… 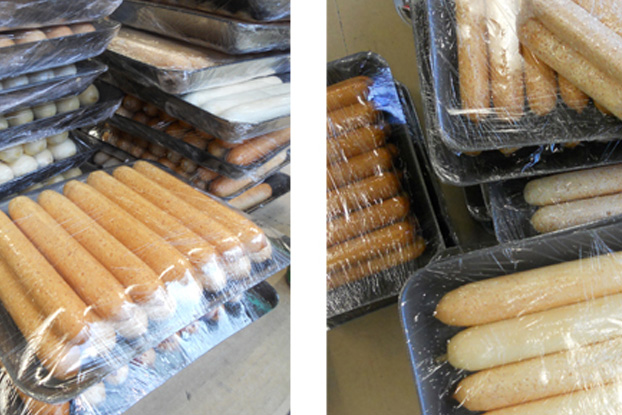 Unlike the real thing, these beaut bangers can be stored at room temperature for long periods of time without spoiling, making them perfect for use over a five-week season (not recommended for use in real-life sausage sizzles.)