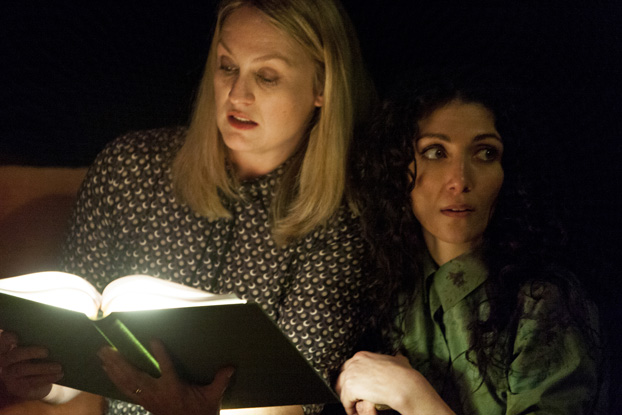 Please describe yourself as an artist in one sentence.
I'm always looking for a good story to tell and something that allows my imagination to grow.

Theatre is...
A place where you can create magic and interesting discussions.

What is your favourite book?
I love The BFGby Roald Dahl. Mr. Dahl encourages people through his writing to dream big and think big.

If you weren't an actor, what would you be?
I can't imagine not being an actor BUT if I wasn't, I would be a zoologist. I love animals and I love helping them.

What is your favourite way to indulge?
Staying in bed with a warm cup of tea and a hot water bottle, watching episodes of Offspring. It's a good way to relax.

If you could be anyone from throughout time, who would you be?
I would want to be someone that made a huge difference or invented something we still use today.

What inspires you?
People who make things happen and great films.

When/why/how did you get your start in theatre?
I played Pinocchio in a primary school play and I just couldn't get enough of the stage. I continued to audition for school plays and I knew I wanted to be an actor. I auditioned for NIDA and once I had graduated a couple of years later I became a resident at Sydney Theatre Company.

What do you do to unwind on weekends?
Exercise, sleep-ins and lots of baking.

Who would you love to work with (dead or alive)?
Ryan Gosling :)

If you had an unlimited budget for a creative pursuit, what would you do with it?
I would make a film with colour-blind casting and show Australia what they are missing out on!

Do you ever get sick of theatre?
Yes.

Which artist's body of work do you wish you had created?
Johnny Depp because he has been able to play a number of different characters and he has played them well.

Last meal on Earth?
My mum and dad's Leb feast.

What was your favourite STC show?
Accidental Death of an Anarchist, because I was in it :)