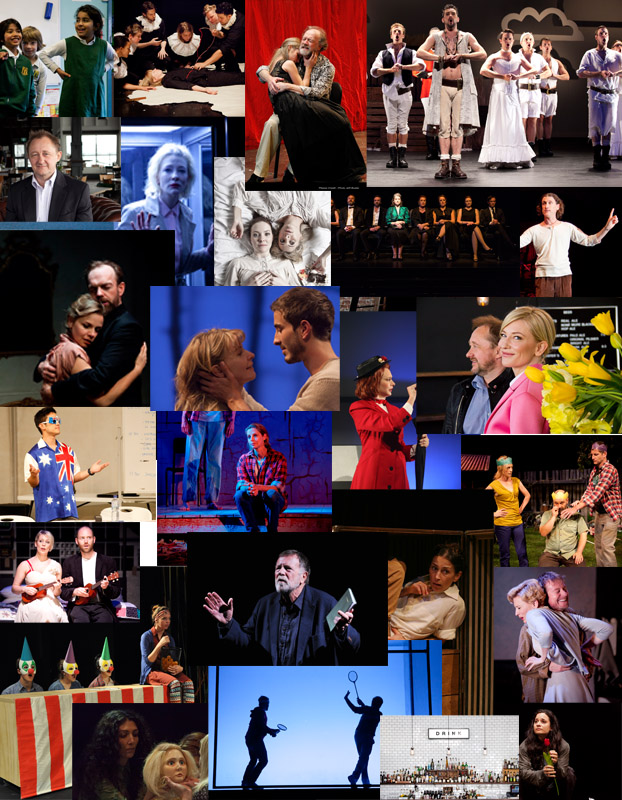 2012 has been a mammoth year for Sydney Theatre Company. Here are some of the exciting things that took place here in the past 12 months:

* We opened our fabulous new watering hole, the aptly named The Bar at the End of the Wharf
* We presented many wonderful productions including A History of Everything, Never Did Me Any Harm, Les Liaisons Dangereuses, The Splinter, Sex with Strangersand The Wharf Revue all at The Wharf; Pygmalion, Face to Face, Waterand The Pirates of Penzanceat Sydney Theatre; Midsummer [a play with songs], Under Milk Wood, Australia Dayand Signs of Lifeat the Drama House.
*We toured far and wide this year, including acclaimed international tours of our productions Gross und Klein (Big and Small)and Uncle Vanya.
*Our STC Ed department has been busy developing the school drama program, which goes from strength to strength, and presenting two shows: Look the Other Waywith the Bankstown Youth Development Service and In A Heartbeat, with the Armidale community.
* Andrew Upton announced, to everyone's delight, that he would stay on at STC as sole Artistic Director for another three years. Patrick McIntyre will join Andrew in running the company as Executive Director, and they will work closely with our new Director of Programming and Artistic Operations, Rachael Azzopardi.
*We launched a new website and operating system Tessitura, announded an exciting new partnership with Lend Lease, launched an archives campaign and won multiple awards.