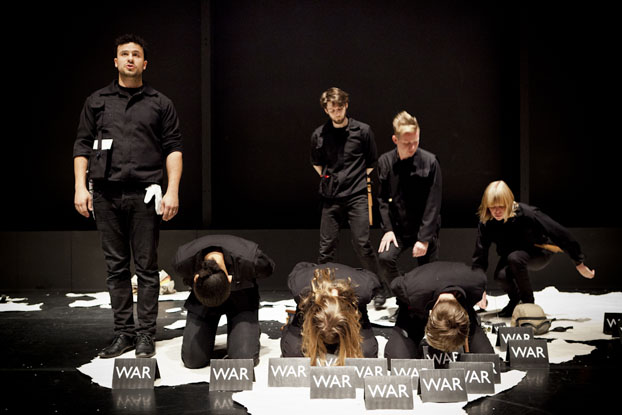 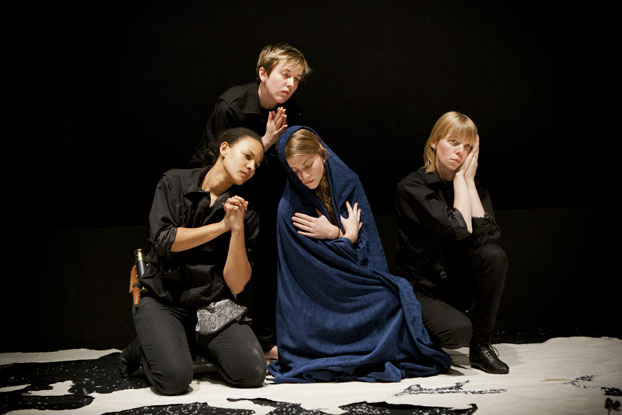 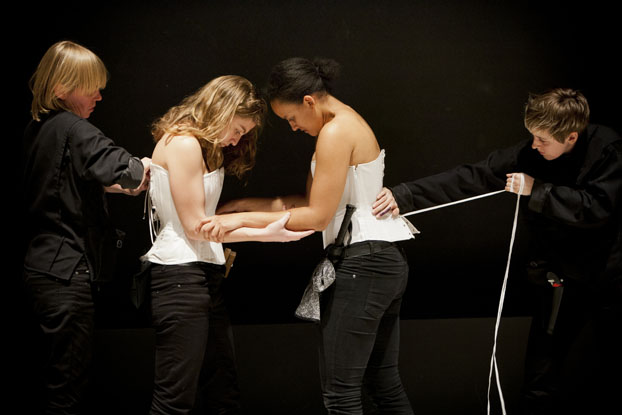 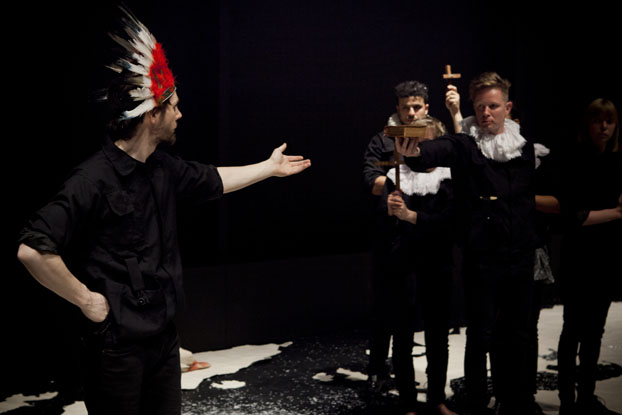 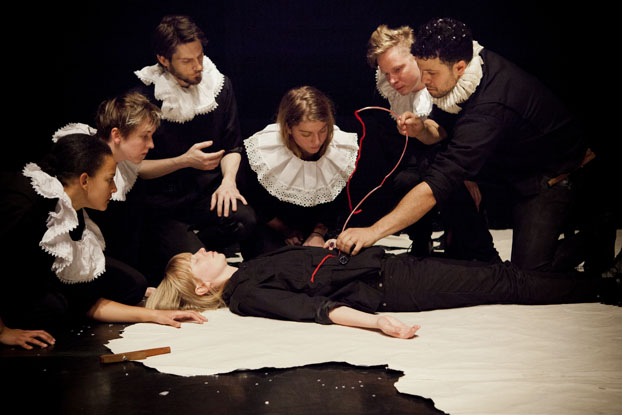 How far will you go to create an exciting theatrical experience?

As far as possible. With actors or colleagues: as far as they are willing to go without sacrificing the joy of a rehearsal process. I try to give as much ownership as possible to each of them. For me, that's the best way to achieve a collective beautiful work. With an audience: I always want to reach as many people as possible. I always to want to challenge my audience because if art is not challenging, why bother? But sometimes the line between shocking or challenging is a thin one, but one I'll definitely not cross with History, I think.

Where do you find inspiration?

Reading is my first inspiration, from fiction to non-fiction, from newspapers to novels, to commercial on the street, to forums on the web.  From the moment I see text I read it. No matter where it is. And the most interesting is when patterns come to the surface.

Which theatre-makers do you find most interesting/inspiring at the moment?

I don't see a lot of theatre but whenever I see good work it makes we want to add beautiful things to audiences too.  But I'm a bad theatre audience, thinking too much. For me it's hard to find inspiration in my own medium.

Which artists working in mediums outside of live theatre do you find interesting?

What is your favourite era from the past?

Now.  We're at a time where scientists and thinkers have provided us with an explanation for the world we live in, with no need for inequality or religion or whatever. It's definitely imperfect and a disaster sometimes but I can't help feeling that in every other era it was even worse.

If you could be anyone from the history of everything, who would it be?

Marcel Duchamp.  He lived at a time where everything seemed possible in the arts.  The whole concept of modern art had yet to be started, and he was in the middle of that.

What makes a good audience?

An audience that has chosen to come and see a performance.

What is the best theatrical experience you have had as an audience member?

My second viewing of Bloody Messby forced entertainment.  The mixture of disappointment that everything was exactly the same as the first time I saw it, and excitement on the other hand because I realized that they made me believe it wasn't the first time.  Well, that opened up my mind about how reality was possible in theatre.

If you weren't a theatre-maker, what would you be?

I always hoped to be a musician. A pianist or singer or guitar-player, it doesn't matter. But I can't, I'm a terrible singer and can't read notes. I'm always jealous of musicians that they have both the live experience and the possibility of sharing their music without them needing to be there. Visual artists, writers or moviemakers mostly don't have the live experience, but theatre doesn't have the possibility of not being there to make it happen.