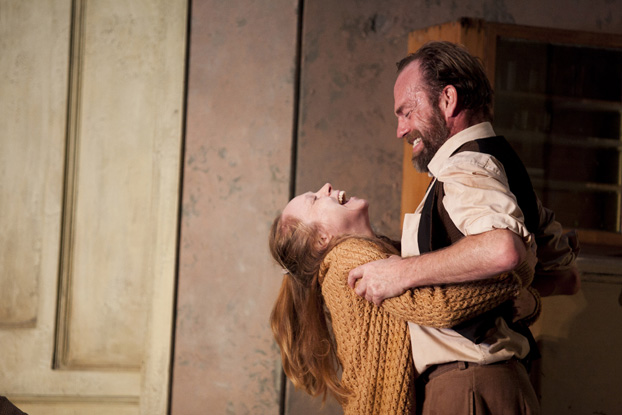 Do you need my biography? Here it is. In 1860 I was born in Taganrog. In 1879 I finished my studies in the Taganrog school. In 1884 I finished my studies in the medical school of Moscow University. In 1888 I received the Pushkin Prize. In 1890 I made a trip to Sakhalin across Siberia-and back by sea. In 1891 I toured Europe, where I drank splendid wine and ate oysters. In 1892 I strolled with V.A. Tikhonov at the writer Shcheglov's name-day party. I began to write in 1879 in Srekosa. My collections of stories are Motley Stories, Twilight Stories, Gloomy People, and the novella The Duel. I have also sinned in the realm of drama, although moderately. I have been translated into all languages with the exception of the foreign ones. However, I was translated into German quite a while ago. The Czechs and Serbs also approve of me. And the French also relate to me. I grasped the secrets of love at the age of thirteen. I remain on excellent terms with friends, both physicians and writers. I am a bachelor. I would like a pension. I busy myself with medicine to such an extent that this summer I am going to perform some autopsies, something I have not done for two or three years. Among writers I prefer Tolstoy, among physicians, Zakharin. However, this is all rubbish. Write what you want. If there are no facts, substitute something lyrical.

Anton Chekhov, responding in 1892 to an editor's request for biographical information.

I think that in Anton Chekhov's presence everyone involuntarily felt in himself a desire to be simpler, more truthful, more one's self; I often saw how people cast off the motley finery of bookish phrases, smart words, and all the other cheap tricks with which a Russian, wishing to figure as a European, adorns himself, like a savage with shells and fish's teeth. Anton Chekhov disliked fish's teeth and cock's feathers; anything 'brilliant' or foreign, assumed by a man to make himself look bigger, disturbed him; I noticed that, whenever he saw anyone dressed up in this way, he had a desire to free him from all that oppressive, useless tinsel and to find underneath the genuine face and living soul of the person. All his life Chekhov lived in his own soul; he was always himself, inwardly free, and he never troubled about what some people expected and others - coarser people - demanded of Anton Chekhov. He did not like conversations about deep questions, conversations with which our dear Russians so assiduously comfort themselves, forgetting that it is ridiculous, and not at all amusing, to argue about velvet costumes in the future when in the present one has not even a decent pair of trousers. Beautifully simple himself, he loved everything simple, genuine, sincere, and he had a peculiar way of making other people simple.

Then I got to the theatre, where the third act of Uncle Vanyawas playing. And I will go see this play and pay for my ticket. I consider it a pearl and I see more content in it than others: a violent, symbolic content written in an entirely original, unparalleled form.

A shame that Visnevsky does not understand the uncle, but the others are all marvelous! By the way, Stanislavsky's Astrov is not quite what it should be. But they all perform wonderfully! This tiny theatre is shockingly coarse for this great ensemble. How clever and intelligent they all are, how full of artistic sensitivity! Knipper is a wonderful actress, a great and very clever woman. How beautiful her scenes with Sonya are. Sonya also played beautifully! All of them, even the servant - Grigoryev - were excellent, they all knew exactly what they were doing and had a fine understanding of it all, I swear to God, even Uncle Vanya's false interpretation could be forgiven on account of Visnevsky's acting.

This theatre made the impression of a steady, serious and truly great work. And how appropriate that there is no music and that the curtain, instead of flying up, opens to both sides rather. You know I never could have imagined such play-acting and such a scenery. Beautiful. I feel truly sorry that I don't live in Moscow, I would never stop going to this wonderful theatre. I saw your brother, he stood up and applauded. I never applaud actors, and they are always hurt, it must hurt them I mean.

After the success of The Seagull, theatres started competing for Chekhov's work and began discussions with him about producing Uncle Vanya. Representatives of different companies visited Chekhov at home and he talked to them behind closed doors. We were concerned since we had really counted on this play. But one day Chekhov returned home upset and angry. It turned out that a theatre director, whom he had promised Uncle Vanyabefore us, had hurt his feelings. He did not know what to say or how to engage in a conversation with the playwright, so he asked Chekhov: "So what are you up to these days?"

"I write stories and novels and a play every now and then."

What then followed I do not know. At the end of the meeting, the director showed him a contract, full of flattering comments, but demanding the playwright rework the end of Act Three where a desperate Vanya takes a shot at Serebryakov, as a condition of the production. The outraged Chekhov went all red, mumbled something about a stupid discussion and while the director was explaining the reasons behind his wish for the rewrite, he burst out laughing. Only Chekhov could break down laughing so unexpectedly - in a situation where the last thing you would have expected from him was such a cheerful reaction.

We were cheering as well, suspecting that the fate of Uncle Vanyawould be decided in our favour. And so it came to be. To Anton Pavlovich's great satisfaction the play was handed over to us. We started working immediately. While Chekhov was present, we began to discuss the play. It may sound strange, but he did not know how to discuss his own work. He became embarrassed, lost his train of thought, and in order to find his way out of this unhappy situation and also to get rid of us, he reverted to his favourite excuse: "Look, I wrote down everything right there" - pointing at the script -"everything's been said." Or he threatened us: "Look, I won't write another play. I already made good money with The Seagull" - and here he took a five kopek coin from his pocket, showed it to us and burst out laughing again. We could not resist laughing with him and with that the serious discussion ended.

After a little while we kept asking our questions until Chekhov finally threw us a word or a line, which introduced an interesting new idea about the play or a helped find the character better. This is how we discussed Uncle Vanya's role for instance. Most people think that Serebryakov's estate manager should wear long boots, a visor cap and should appear with a riding crop in his hand, but Chekhov was outraged by this idea.

We looked in the script and found that apart from a short note about the tie Vanya wears there was no reference to his clothing.

"What's all there? The silk tie?," We ventured.

"But of course! He has a beautiful tie on; he is an elegant, civilized man. It is not true at all that our estate managers run around wearing greased boots. They are well-educated people and dress elegantly after the last Paris fashion. I wrote it all down."

This tiny reference stood, according to Chekhov, for the whole drama - the drama of contemporary Russian life: the talentless, useless professor floating in bliss, enjoying a famous scholar's reputation, which he doesn't deserve at all. He is a virtual God in Petersburg and writes gratuitous "learned" books, which the old Voynickaya reads day and night. In the general enthusiasm even Uncle Vanya gets under his spell, thinking he is a great man, which is why he labours away for him on the estate. But it turns out that Serebryakov is nothing but a swashbuckler and gain his position while gifted people like Uncle Vanya and Astrov wither away in the middle of nowhere. After the discussion with Chekhov, Uncle Vanya's character inexplicably melted with that of Caykovsky's in my mind. In the casting process the strangest things happened. Chekhov demanded that some of his favourite actors of our company play all the roles. As that proved to be impossible, he threatened us: "Listen, I am going to rewrite the third act and send it over to the other theatre."

Today it is almost unthinkable that after the opening night of Uncle Vanyawe gathered together in a restaurant and cried the most bitter tears for what we thought was a complete flop. But with time the play was acknowledged and stayed on repertory for over twenty years and became famous in all of Europe and America. All the actors played well, Knipper, Samarova, Luzhsky, Vishnevsky. Liliana, Artem and I had the greatest success. I played Astrov, although at first I could not stand him and didn't want to play him, for I had always dreamt of another part - the title role. But Vladimir Ivanovich managed to break my will and even got me to like Astrov.