News: Message in a bottle #2 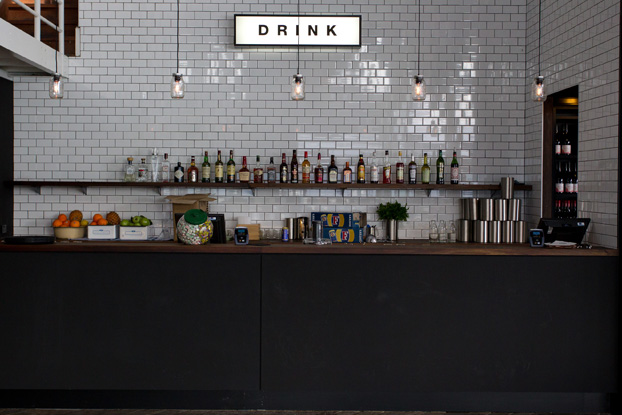 Perhaps the most famous bartender of all time was a man by the name of Harry McElhone. He was a Scotsman who ran a bar in Paris called Harry's New York Bar. Harry's (to which it is most commonly and fondly referred) was thrust into fame as the birthplace of many of the cocktails known today as classics, often created by Harry himself. The legacy left behind by McElhone is one of legend, notorious heights of which most bartenders can barely dream lest conquer. It's bartenders like Harry that make a humble barman think about his legacy and what he leaves behind.

We pride ourselves on many things here at The Bar at The End of the Wharf: value for money, service with a smile, great food, classy cocktails, boutique beers, a stellar wine list and of course the best view in Sydney to boot. But what gets overlooked by most (and rightly so, as boasting is not one of our strong points) is how environmentally friendly our little big bar really is.

While you won't see any of us wearing 'SAVE THE WHALES' t-shirts or manning the decks of the Sea Shepherd, you will, if you look closely, see us caring for our little slice of Planet Earth and doing what we can to ensure we sleep at night knowing we've made a difference.

Here are some numbers for you to ponder while sipping on a perfectly crafted martini as you sit under the bridge on our day lounge.

In three months we have…

Saved another 2376 possible bottles from certain destruction by pouring beers from eco-friendly re-usable growlers (which the brewery pick up from us weekly before sterilising and refilling them with more delicious beer.)

Recycled over 1254 cardboard boxes (again, who counts these things?)

Stopped the necessity of over 20 more incoming cardboard boxes a week by getting a good chunk of our beer and cider delivered in milk crates.

Collectively lost over 56 kilos in weight running up and down the wharf from The Bar to our storeroom on busy nights desperately in need of stock (okay, not an environmental point but still interesting to know…)

Served well over 10 000 litres worth of tasty locally sourced beverages (I'm not counting that one to an exact figure, just trust my estimations) including beer brewed just four suburbs away, biodynamic and organic local wines (over 70% of our list is from NSW alone) and even a couple of cheeky local cocktails (we have not one but two gins on our back bar that are 100% Australian made, even down to their botanicals which include lemon myrtle and bush tomato.)

The greening of the wharf initiative has been an important factor in everything we do here at the bar since day one, but apart from the obvious environmental impact, it just makes sense for us to recycle and to choose local over imported and so on. We talk directly with our suppliers on a daily basis, always refining and perfecting what comes into the bar, whether its beer, wine, oranges, apples, or a new obscure cocktail ingredient, going local has always been a win for us and, ultimately, a win for the consumer.

So next time you're in The Bar, before asking for an imported lager you assume we have because everywhere else has it, pause for but a moment and read through our menu. As you flick through the pages, you'll see that everything we do has a good reason and, although we like to think we are humble, we are also very proud of our small environmental achievements here at The Bar at The End of the Wharf. Are we the greenest bar in Sydney? That's not for us to say, but I know, unlike Harry, when I switch off the lights at the end of every night I'm not leaving behind a book of classic cocktails for future barmen, or a legacy of prohibition-related notoriety and fortune. All I know is that my team and I may have mixed up a few ingredients for generations to come that will really count.