This year STC is embarking on an exciting new project based in the New England region of New South Wales. Over the next 12 months STC artists will be engaging with teachers, students and community leaders through a series of workshops, rehearsals and events to develop and stage a new production. Director Susanna Dowling will regularly provide updates on the evolution of the work, and here she shares with us some of her thoughts at the end of the first week of exploratory workshops in Armidale... 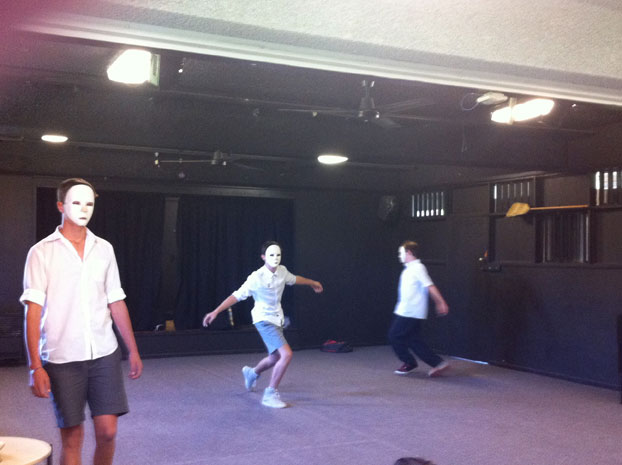 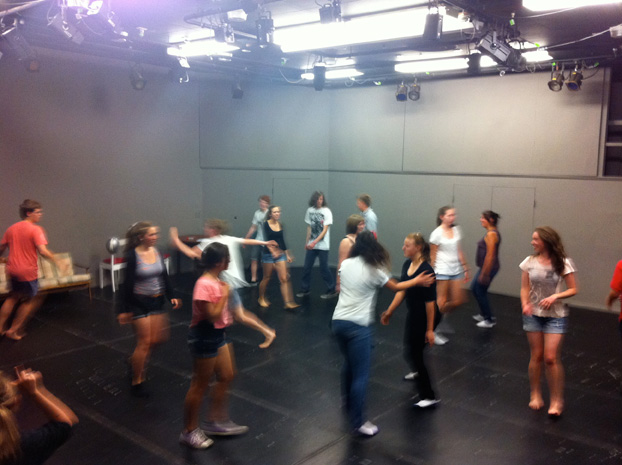 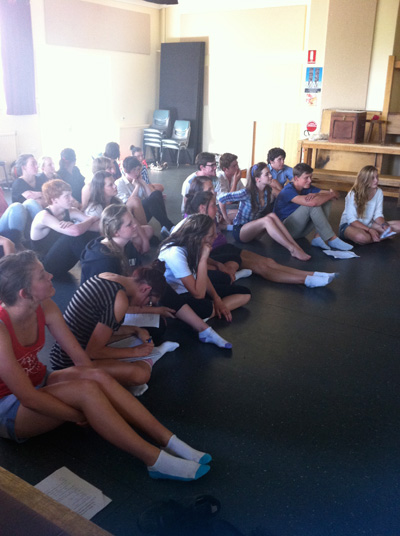 My name is Susanna Dowling.  Along with Jo Turner, I make up half of the core New England Project team.  Nominally, Jo is the writer and I'm the director, but since Jo is also a director, and I spend a lot of time developing new writing for performance, the boundaries are a bit blurry between our roles.  I guess ultimately he's responsible for getting some stuff on paper at the beginning of the process, and ultimately I'm responsible for making sure the lights and sound work properly at the end, but in between time we'll be playing hot potato with ideas about what we think this project should be.

We've just finished our first week in Armidale - or 'Da Dale' as we've learned to call it.  Our aims in going up were really two-fold:  to get to know the town a little bit better, with a particular interest in the younger residents of the town, and also to start getting a sense of what this play might be about.  We've been tasked with writing a show about young people, based on the experiences and input of the young people of Armidale - NOT writing a show about young people in Armidale.  It took us a little while to figure out what the difference is between those two things.

In some ways Armidale is kind of a unique place.  It seems to have a school on every second corner.  It has one of the oldest universities in the country.  It has the highest percentage of young people for an LGA in New South Wales.  There isn't really any kind of major industry - beyond the business of educating people.  It's beautiful - people pride themselves on their gardens, which were in full bloom when we were there this time.  And Armidilians love their culture with a big C - the local Drama and Musical society is a big player in town, there are regular local opera and choral recitals, and the New England Regional Art Museum has some of the state's best collections of early Australian artists.  It's only 90 mins from country-music-loving, bluer-collar Tamworth, and yet it feels a world and an age away.

But in other ways, Armidale represents a sort of Everytown.  It's not particularly rural - there's not a lot of farming going on there, kids spend their time playing video games and hanging out in parks.  And it's not particularly urban - there's no real public transport option, you can walk across town in 30 minutes.  It sort of sits in the middle of these extremes, which makes it an interesting place to create a show about young people in contemporary Australia.  And as we discovered, the issues facing teenagers there have a familiar ring to them - a feeling of having nothing to do (even in this well-resourced city), a desire for freedom in whatever mode that might be (expression, mobility, or just plain leaving town), a need to connect to other people.

Over the week we met over 100 students between the ages of 14 and 18, both in school and after school. Jo conducted a number of Lecoq masterclasses involving the neutral mask and working with elements, and we were lucky enough to have (STC's Voice & Text Coach) Charmian Gradwell join us, and she took students through voice techniques and Shakespeare workshops.  And in the afternoons I led storytelling workshops where we looked at narrative structure, character development and how characters' objectives drive action in story.  It felt like a whirlwind, doing so many workshops and meeting so many students in such a brief time, but we started to get an idea of who might be the students who could best help us in our next stage.

We also became regulars at the Goldfish Bowl cafe, and by the end of the week, they knew our coffee orders.  We inadvertently participated in both the quiz night and a uni student night at the White Bull, and had great tapas at the curiously named 'Coughing Gherkin'.  The highlight of the week was Friday night, when Charmian and I got to go to the Armidale Show, and see the under-12s rodeo - tiny cowboys riding tiny steers who really didn't know what had hit them.  The first little steer literally pooped himself when his big moment arrived.

We came away from Armidale with lots of questions still to be answered.  We still don't have a concrete sense of what the show is going to be yet, but the week has started to help give us some vague ideas of what it could be.  And we still don't have a working title, so we're stuck with the 'New England Project' for now - (my suggestion of 'The Coughing Goldfish' was shot down).  But we do have a stronger sense of what the town is all about, and hopefully some young collaborators who can help us define those ideas more clearly when we return in April!