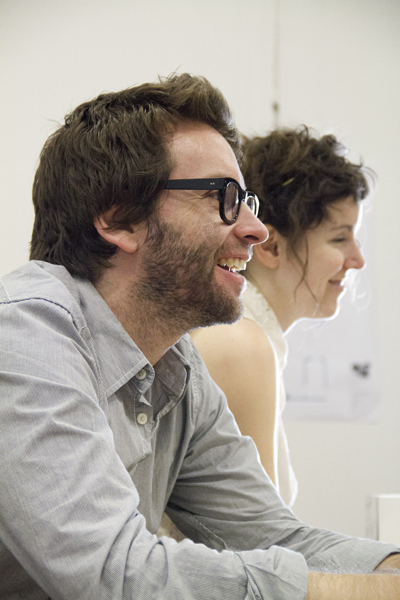 How did you first come to know of this play, and why did it/does it interest you?

I knew the play and had seen a production but came back to it after catching a television version on SBS a few years ago. It was a French production starring Rupert Everett and set in the 1960s. This version piqued my interest in two ways. First, it got my thinking about freeing the story from the distracting lavishness of its original 17th century setting. Secondly, I was intrigued by the paradoxical nature of the Valmont and Tourvel story - the manner in which Valmont is both redeemed and destroyed by love at the same time.

Why does Hampton's writing appeal to you?

Hampton's dialogue is delightfully witty and muscular. But more than that, he is a master at manipulating different levels of knowledge between characters and between characters and the audience. Finally, the adaptation itself is a work of art. Not only has he filleted out the essential action of the novel, he's drawn the characters just as vividly, sometimes by appropriating lines that belonged to someone else in the original.

What was the atmosphere like in the rehearsal room?

It's a bit of a cliche, but I believe that all rehearsal rooms should be generous, relaxed and playful places. This becomes even more important when you are tackling material that is complex, challenging or nasty.

Valmont and Merteuil are complex characters. What did you learn about them?

What's possibly more relevant is how and when I've learnt about them. We've all benefitted from the original novel, which contains more detailed circumstances you can usefully bring into the scenes in the play. And I've learnt much more about all the characters by working with the cast. An interpretation you arrive at by yourself at home is never as interesting as what is synthesized when that idea collides with everyone else's in the rehearsal room.

I like Rosemonde's line "The only thing which might surprise one is how little the world changes". It speaks directly to the timelessness of the piece's exploration of human behaviour, from the less savoury parts like betrayal and manipulation to the best parts like being in love.