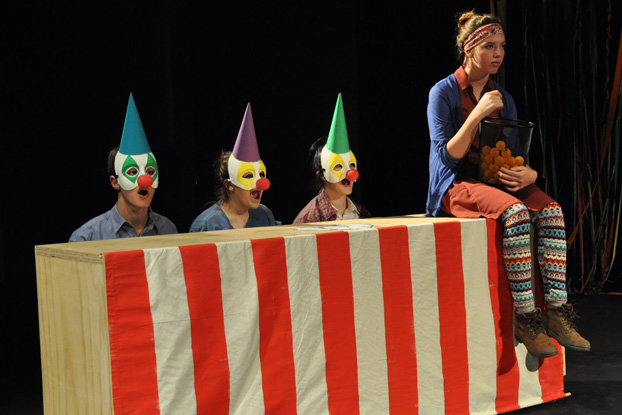 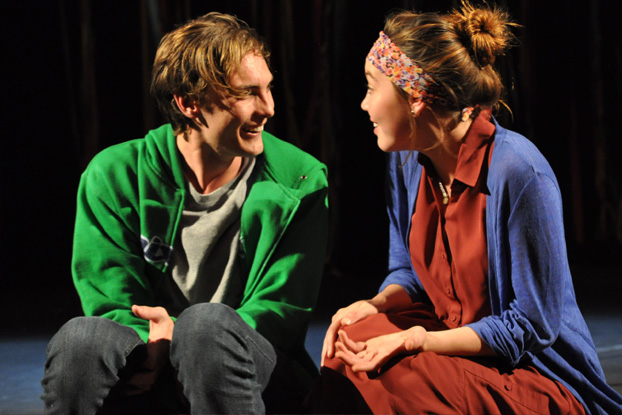 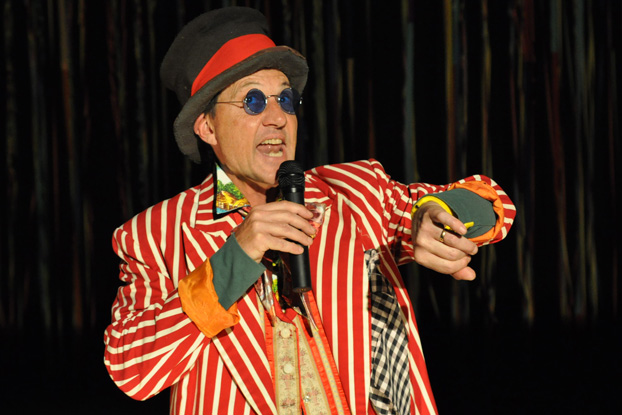 On 16 September myself and Jo (Turner, the Playwright), Renee Mulder our Designer, Sarah Smith our Stage Manager, Georgie Symes who was playing Annabel, Eamon Farren who was playing our main character Jamie, and Andrew Tighe who was playing Aaron, headed to Armidale for the last time. We had three weeks to rehearse and a week to put on Jo's play, the final title of which was In A Heart Beat.

Up there we met our local cast and crew members: Adam Williams, who played Mr Cameron, Emily Roberts who played Miranda, Jack Tearle who played Adam, Sam Kreusler who played Pete, Ethan Cranfield who played Mark, Eleanor Prokop who played Bryony, Rheyanon Shields who played Dr. Jenny, Anthony Carlon our Lighting Dude, Sarah Watson our Production Manager and Sound Dude, and Harrison Torbay our Revolve Dude. After the months of workshops, community engagement, devising, drafting, developing, casting and designing, it was really exciting to finally have everyone together, and to get started on the production.

The first week was spent getting to know each other as an ensemble and finessing the script with Jo. It was quite a challenge working on a brand new script in such a short period of time, with a company of predominantly non-professional actors, but everybody rose to the challenge and embraced the job in hand.

In week two, Jo returned to Sydney and I got a chance to work on the staging and more physical side of the show. I had four 'numbers' that I wanted to create through the show - an introduction to the world of Jamie, then a transition from the humdrum world to the more exciting world of the Show, then the transition from the car crash in to the crazy coma world, and then finally a keystone cops-like chase through the underworld. However, rather than just dictate what I wanted from the students, we worked together to create these more physical scenes and solutions. An important part of this project was to involve the guys in the collaborative side of creating a show, and encouraging them to offer solutions to the creative challenges we faced in staging such an epic story.

By week three, we were running the show regularly. Everybody really got in to the swing by doing so many runs, and the sense of performance and journey for the characters started to kick in. At the same time, the tech and design guys were working hard to perfect the lighting, sound, and physical world of the play. At the end of the week, these two things finally came together and we were able to see the funny, heartwarming show that everyone had pulled together to create.

Our opening night was a triumph, full of local dignitaries, a couple of heads from the wharf. After the show finished, people stayed sitting in their seats, talking about the story they had just seen, the characters, the relationships. We got a sense that the community really saw themselves reflected in the play. They completely related to Jamie's story, the bullying he went through, and Annabel's story of trying to deal with a troubled teenager, and the guilt she felt about trying unsuccessfully to keep it all together. This feeling grew through the whole week of performance, and each night audiences did the same thing - sitting in their seats for minutes after the show ended, talking to each other, and then staying in the foyer for up to an hour afterwards, still talking about what they had seen. Word spread all around town about our show, and it was a lovely feeling to see the town embrace the story and the show.

One of the most rewarding parts of this process was watching how all of the cast and crew from Armidale really lifted and grew. Given the opportunity to contribute to the solutions, but also asked to work to high professional standards, they all developed and rose to that challenge in a really wonderful way. It was great to see the cast grow both individually, and as a group, and by the time the show came to an end, we were all really bonded, and very sad to say goodbye to each other.

Susanna Dowling is director of the New England Project