Feature: The art of adaptation 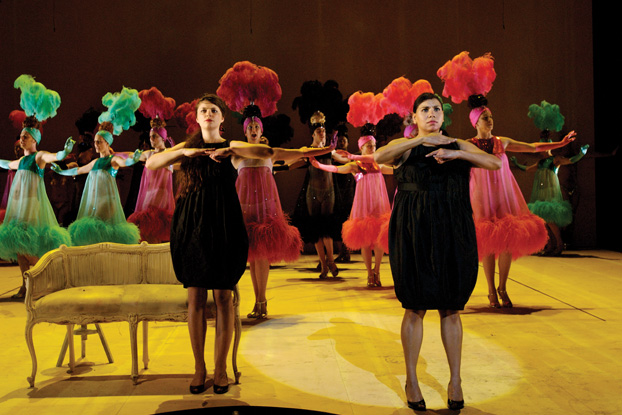 When Andrew Upton adapted Maxim Gorky's play The Philistinesfor London's National Theatre in 2007, his text not only had a thoroughly modern idiom but included new speeches and a different ending. The Guardianreview praised the "sparklingly colloquial new translation" and gave the production, directed by Howard Davies, five stars.

In a Guardianblog, however, John M Morrison railed against the changes saying that he suspected Gorky "would have asked to have his name removed" and that "the National Theatre might have been wiser to credit Andrew Upton as the author and give the play a fresh title...how about: Piss Off, You Philistines?"

Davies and Upton are unrepentant. "It goes into a weird mulch at the end. It doesn't work," says Davies. "We sat down and said, 'well, do we have the licence to make it work?' and we were very cheeky with it. And I think he made it a better play."

We return to the classics, of course, because they still have things to say to us - but some need massaging for contemporary audiences.

"It's great to do some plays as written but not all plays remain immediately relevant," says Upton. "First of all translation changes everything and so the fabric of any piece is in question. The production must be able to breathe and so I make whatever changes necessary to let it live."

There has been much spirited debate online and in the media of late about the many bold adaptations currently on our stages. A Belvoir forum about Simon Stone's version of The Wild Duckdrew a packed crowd keen to discuss the production, which retained Henrik Ibsen's characters and narrative spine but which was completely rewritten and restructured. Stone conceded that were it not for brochure deadlines, he would probably have given it another name - as he did when he adapted Ibsen's Little Eyolfas The Only Child.

Talking to The Australian, theatre critic John McCallum said that he had been warned that Stone's version was a new play and not Ibsen. "I didn't expect to see The Wild Duckand I went along and I did see The Wild Duck. Simon delivered the experience the play should deliver and too often doesn't when it is done too respectfully on a modern stage."

Sydney Theatre Company Associate Director Tom Wright, who has worked on many adaptations and translations including The Lost Echoin 2006, believes that the way a director stages a production is "the ultimate act of adaptation" and just as important as the text used.

"I think you could make a fair observation of the Australian stage that it's got more internationalist in its outlook in the last 15 to 20 years," he says.

Benedict Andrews, who like Barrie Kosky has worked extensively in Berlin and other European cities, agrees. Andrews likens a play to "radioactive material".

"Maybe that play gets buried for a long time, then somebody digs it up," he says. "I just think there are various techniques for digging it up. That might be to commission an adaptation, Simon's work on Ibsen, or for me to say I'm interested in this play but there are certain things in it that are anachronistic now and so I will do an adaptation."

"Adaptations from outside of our own culture feel like a Xerox of something that is happening elsewhere," says Wright. "When English adaptors adapt particularly the older realist classics like Ibsen or Strindberg they tend to emphasise class consciously, which is there. Australians have a more ambivalent attitude to class and status."
Upton's 2004 adaptation of Ibsen's Hedda Gablertherefore emphasised the heroine's internal, psychological struggle rather than the social pressure on her.

Andrews' version of The Seagullwas set in an Australian shack on the coast.

"It's meaningless for me to fantasise about Russia, let alone pretending to set it in 19th century Russia," he says. "The play has to, on some level, convince you of the texture of daily life and real speech in order to earn what might be called its metaphysical aspect: that whole other dimension that Chekhov has.

"I've worked from a literal translation but I've created something that is absolutely and distinctly my voice. I'm trying to make the words sit in the mouth and be very alive and I will take liberties in order to get a playable text. But I'm not trying to smash the play to pieces. It has an Australian idiom to it that I think suits Chekhov."