Richard Temple (pictured below) was the third Pirate King ever (after Frederick Federici and the Irish-American opera singer known, rather delightfully, as Signor Brocolini) when he took the role in the London premiere production at Opera Comique in 1880. This season came after a reading of the play in Paignton, Devon in 1879 (featuring Federici, staged to secure the UK copyright) and a proper season on Broadway in the same year (featuring Brocolini, intended to secure US copyright). 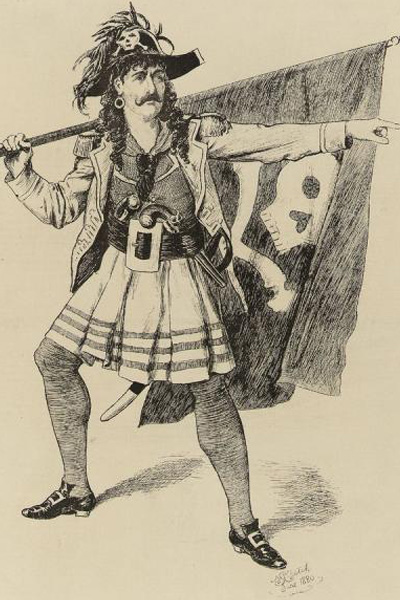 The actor who is perhaps best associated with the Pirate King is Kevin Kline (pictured below with dramatic back lighting), who played the role in the enormously successful New York production that was staged on the Delacorte Theater in Central Park in 1980 and trasferred to Broadway in 1981. The production also starred Linda Ronstadt as Mabel, Rex Smith as Frederic and Patricia Routledge as Ruth, and was turned into a film in 1983 with Angela Landsbury stepping in to play the role of Ruth. 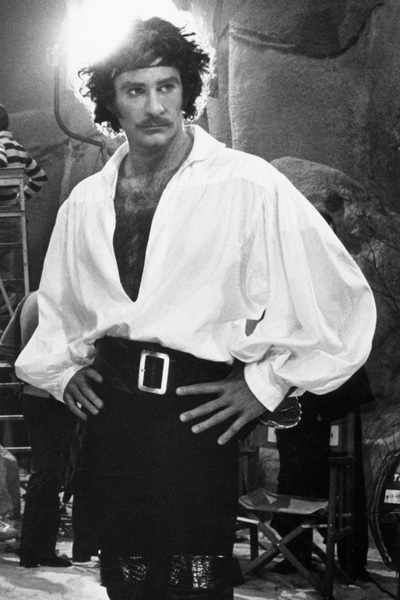 The first authorised Australian production of The Pirates of Penzanceopened at the Theatre Royal in Sydney in 1881, produced by J. C. Williamson. It has been popular ever since and one notable production toured the country in 1984 and boasted a cast that featured Jon English in very tight pants as the Pirate King (pictured), Marina Prior as Mabel and Simon Gallaher as Frederic. 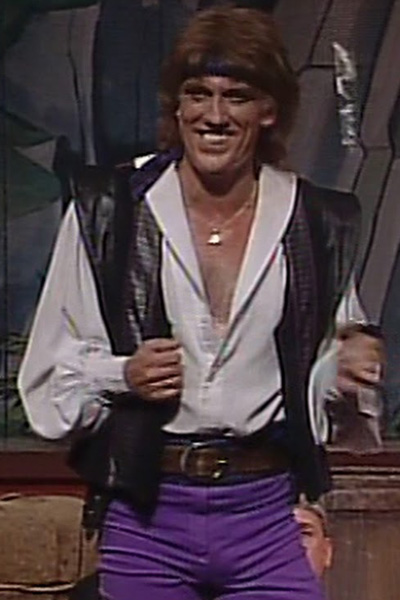 Most recently in Australia, Anthony Warlow has been the Pirate King for Opera Australia in a production that was first performed in 2007. Here he is singing the signature song for this character:

On a final note, we must include in this list the somewhat less impressive but no less appealing (especially to people from a certain generation) 1982 Australian film spoof of The Pirates of Penzancecalled The Pirate Moviethat starred Ted Hamilton as the Pirate King. Here he is, doing his thing: