It is always a great pleasure to have the wonderful Robert Menzies working at The Wharf. In 2016, he will appear in The Golden Age and A Midsummer Night's Dream. Here, we take a look back at his many appearances at STC over the years.

Robert's first production with STC was The Seagull in 1986, in which he played the troubled young writer Konstantin Treplyov. (Photo: Branco Gaica)

The following year he performed in a double bill of Hamlet and Henry IV, Pt I as part of STC's Stand Up for Shakespeare Education Program. These productions were staged in the Big Rehearsal Room at The Wharf with minimal costumes and scenery, and a standing audience. (Photo: Mark Ritchie)

In 1988, he appeared with Kerry Walker and Jane Menelaus in Serious Money. (Photo: Stephen Gower)

Following this, Robert took a long break from STC and didn't return to us until 1996, when he performed in Arthur Miller's Broken Glass opposite Deirdre Rubinstein. (Photo: Tracey Schramm)

In 1999, he teamed up with Angie Milliken to perform Harold Pinter's Betrayal. (Photo: Tracey Schramm)

The following year he took on the title role in Barrie Kosky's spare production of Seneca's Oedipus, opposite Wendy Hughes as Jocasta. (Photo: Tracey Schramm)

Robert performed alongside a fabulous cast that included Rose Byrne, Melita Jurisic and Paula Arundell (who is obscured in this photo) in Benedict Andrews' take on Chekhov's Three Sisters in 2001. This was the first of many happy collaborations between Robert and Benedict at STC. (Photo: Heidrun Lohr)

He joined John Gaden and Jane Harders in director Michael Blakemore's production of Copenhagen, which had a return season in 2004 as well as a regional tour. (Photo: Rachelle Roberts)

He was nominated for a Helpmann Award for Best Actor for his portrayal of Brutus in Benedict Andrews' Julius Caesar in 2005, in which he performed in a cast that included Ben Mendelsohn, Paula Arundell and Maddi Newling (pictured). (Photo: Tania Kelley)

In 2006, he performed in an education season of Macbeth with Anni Finsterer. (Photo: Tracey Schramm)

That same year he featured in a double bill opposite Justine Clarke directed by STC's soon-to-be Artistic Directors, Cate Blanchett and Andrew Upton. David Mamet's Reunion was directed by Andrew, while Harold Pinter's A Kind of Alaska (which also featured Caroline Lee) was directed by Cate.  (Photo: Heidrun Lohr)

He joined the STC Actors Company (which included Deborah Mailman who is in the background in this image) in 2007 for Tales from the Vienna Woods. (Photo: Tracey Schramm)

And then joined them again in 2009 for their final, mammoth production, Benedict Andrews' The War of the Roses, in which he played several roles including Henry IV. (Photo: Tania Kelley)

In 2011 (and again on tour in 2012), Robert appeared in the Benedict Andrews-directed production of Botho Strauss' Gross und Klein, here with Cate Blanchett. (Photo: Lisa Tomasetti) 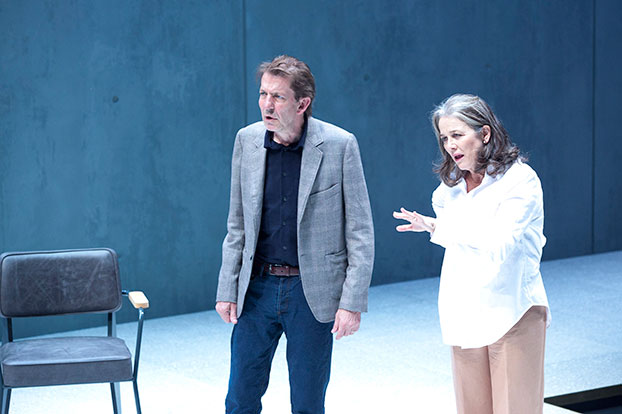 Robert was one of the witches, as well as Rosse and the Porter, to Hugo Weaving's Macbeth in Kip Williams' direction of 'the Scottish play'. Here, Robert mucks up Hugo's costume alongside co-witches Kate Box and Ivan Donato, with Melita Jurisic, Eden Falk, Paula Arundell and John Gaden in the background. (Photo: Brett Boardman) 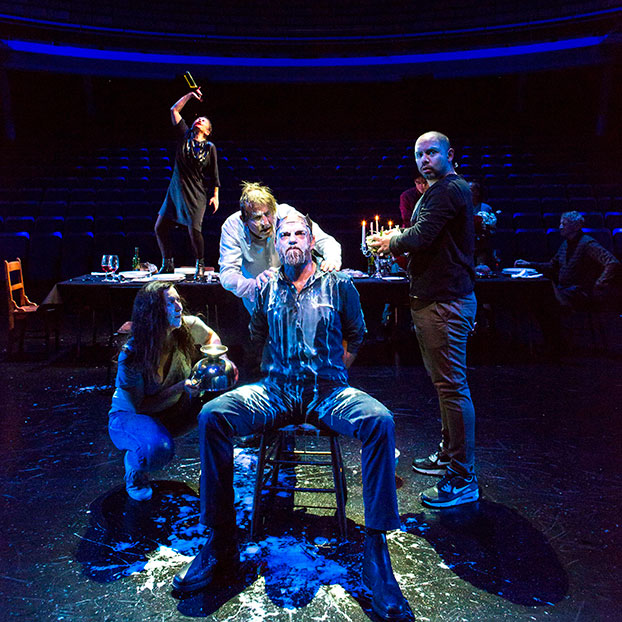 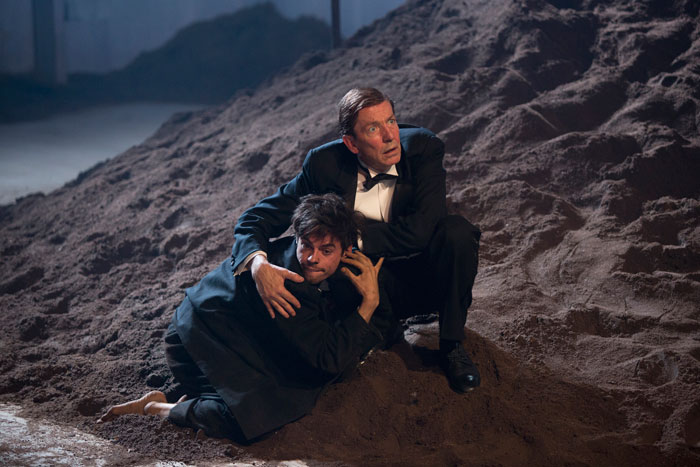 Seeing the show? Let us know your thoughts. Tag @sydneytheatreco