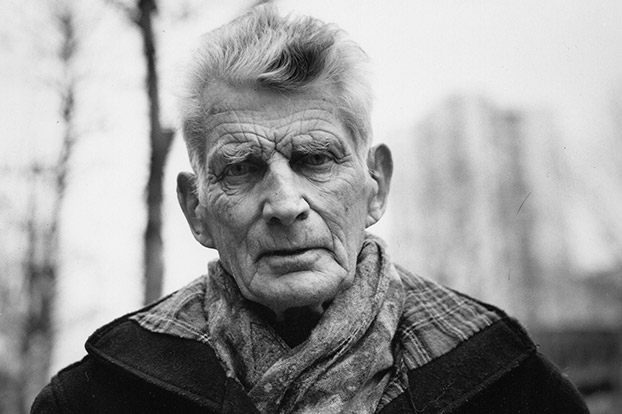 1. Beckett was a talented cricketer (distinguishing himself as a left-handed opening batsman and medium-paced bowler), who played at the first level for Trinity College Dublin on two occasions.

2. Beckett dated Lucia Joyce, daughter of his mentor James Joyce, in 1930 but called the relationship off when she showed signs of the schizophrenia that later took hold of her. She spent the last 30 years of her life in an institution in Northampton where she was periodically visited by Beckett.

3. In 1938, on his way home from a night out with friends, Beckett was stabbed in the street by a pimp. The knife went through his chest, narrowly missing his heart, and he was nursed back to health by doctors paid for by Joyce. At the trial for the crime the pimp, amusingly called Monsieur Prudent, politely apologised for the stabbing and said he didn't know why he did it. The charges were dropped.

4. He spent much of his life in Paris and became a renowned member of the artistic elite that congregated in Left Bank cafes in the 1920s and 1930s, sometimes playing chess with famous figures including artists Alberto Giacometti and Marcel Duchamp.

5. In 1937, he had a brief affair with American heiress Peggy Guggenheim, and a year later developed a strong friendship with Frenchwoman Suzanne Dechevaux-Dumesnil. They married in 1961 and remained together until her death in July, 1989, (he died five months later), despite the fact that Beckett engaged in a simultaneous relationship with British script-writer Barbara Bray from the late 1950s until his death. Beckett and Dechevaux-Dumesnil are buried together in the cemetery at Montparnasse in Paris.

6. Beckett and Dechevaux-Dumesnil joined the French Resistance movement in 1940, after the German Occupation, and after the war he was recognised by the French government with two awards, the Croix de Guerre and Medaille de la Resistance.

7. When Beckett was awarded the Nobel Prize for Literature in 1969, his wife is reported to have exclaimed "Quelle catastrophe!" as she was concerned about the impact the prize would have on her media-shy husband. He gave all the prize money away to charity.

8. Beckett wrote many of his plays in French as he felt that writing in a non-native language allowed him to produce better, unembellished work.

9. Beckett's last work, written in a nursing home in 1988, was a poem titled Comment Dire ('What is the word') that deals with the difficulty of self-expression.

10. Harold Pinter's final stage performance was in the title role of Beckett's one-act monologue Krapp's Last Tape, which was performed for the 50th anniversary of the Royal Court Theatre in 2006, just over a year before he died from liver cancer.

Want to know more? Check out our Beckett Biography.