Feature: Back to Back 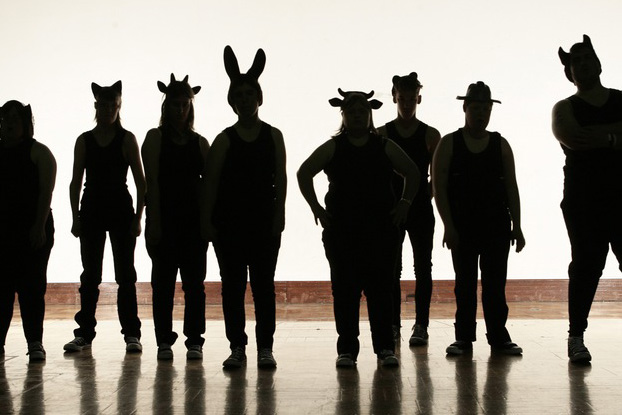 "We are not afraid to step into the cold, dark side. At first we're scared, but afterwards we feel good. We are witty, emotional, we go deep into the work, we go places you can't go in real life."

This is a statement from the remarkable ensemble of Back to Back Theatre. How to describe Back to Back? The Geelong-based theatre company, which is working with STC on the exciting new production Super Discount, was founded 26 years ago, has become one of Australia's most popular creative exports internationally. It has toured to 49 cities in the past five years and inspired gushing admiration from people such as the New York Times' revered theatre critic Ben Brantley, who recently described Back to Back's production Ganesh Versus the Third Reichas "a vital, senses-sharpening tonic for theatergoers who feel they've seen it all".

He said "It's not often that you go to the theater these days and find yourself excitedly questioning and rethinking your reactions. Self-examining art, after all, has become such a cozy genre in itself that it rarely startles…This production never lets us escape unconditionally into illusions; it keeps undermining them, and forces us into fresh considerations of how we consume theater and what expectations we bring to it. That includes what we expect actors to be. Ganeshis by no means a feel-good celebration of theater; it is instead an exploration of theater as an indefinitely renewable quest". 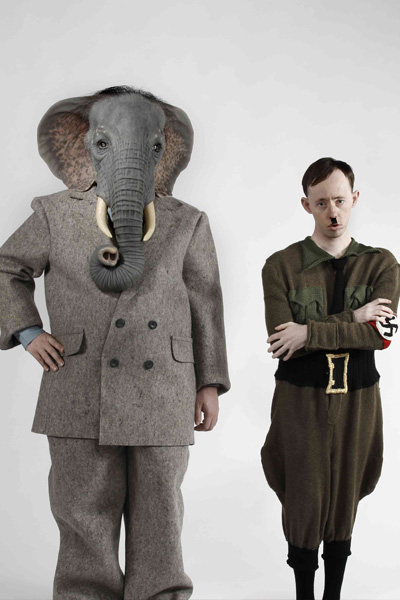 On the company website, it says that Back to Back Theatre "creates new forms of contemporary theatre imagined from the minds and experiences of a unique ensemble of actors with disabilities, giving voice to social and political issues that speak to all people".

Dealing with politics, philosophy, sociology and morality with intelligence and humour, the experience of seeing a Back to Back show is not quickly forgotten. The company works in an organic way, creating new work over a long period of time through a series of developments. Working with Artistic Director Bruce Gladwin, who has been with company since 1999, the ensemble of six actors (Mark Deans, Nicki Holland, Simon Laherty, Scott Price, Sarah Mainwaring and Brian Tilley) work with guest actors to create insightful, inventive, entertaining new work.

Back to Back's describes the ensemble as being made up of actors perceived to have intellectual disabilities, a group of people who, in a culture obsessed with perfection and surgically enhanced 'beauty', are the real outsiders, and explains that this position of marginality provides them with a unique and at time subversive view of the world. The stories they create explore "the cold, dark side" of our times, be it sexuality of people with disabilities, the uses of artificial intelligence and genetic screening, unfulfilled desire, the inevitability of death, and what the fixation with economic rationality and utilitarianism means for people excluded from the 'norm'.

The company works to a manifesto from the Artistic Director that states: "Back to Back Theatre rejoices in the notion of original thought. We aim to discover the likeness between two things which were thought unlike, to create meaningful data from complex patterns, to discover a new underlying order. Theatre should engage all senses, visual, tactile and olfactory image. Our vehicle is all known and unknown mediums. We endeavour to allow form to define itself, to deliver dynamic and enhanced performance that exists in endless suspension and oscillation. We acknowledge that individuality manifests itself in form made independently of conceptual analysis or the marketplace. We aim to challenge and enrich the audience, to liberate from conditioned response and from the familiar. We aim to transform experience, to go beyond what is known".

Judging from the many awards that have been won by Back to Back, and the enthusiastic response they have received from their audience members, the company is fully achieving these goals. In 2012 they were awarded the Helpmann award for Ganesh, which has already picked up numerous other awards including three Green Rooms. The last show they presented in Sydney was Food Court, which played at the Sydney Opera House in 2009, and Small Metal Objects, which was part of the 2007 Sydney Festival and has since toured widely to cities including Paris, Zurich, New York City and Seoul. 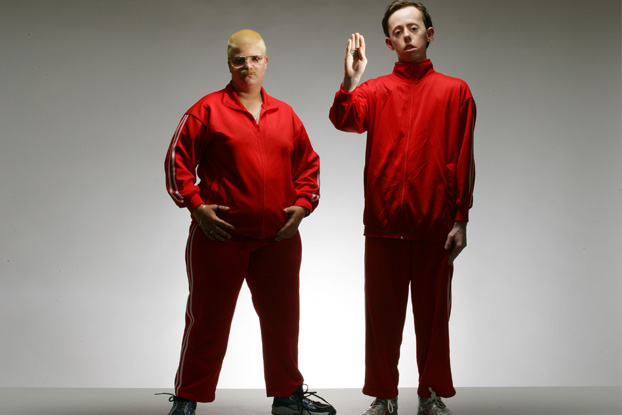