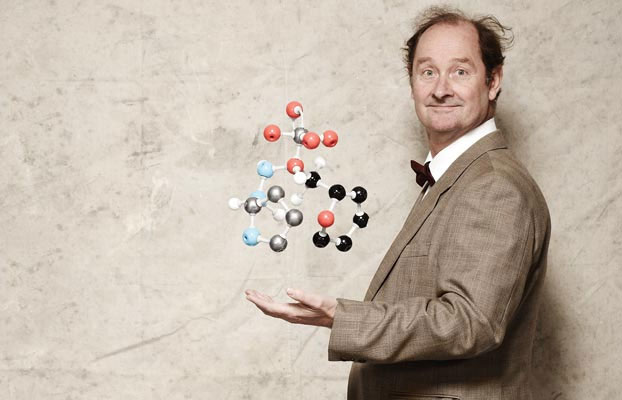 For almost 50 years, physicists have been preoccupied with confirming the existence of the Higgs Boson, an elementary particle thought to be the key to the origin of mass and the final piece of the particle-physics jigsaw known as the Standard Model - the theory describing the cosmic mesh of particles, forces and interactions that constitute the universe.

The hunt for the Higgs has been widely regarded as the most important quest in modern particle physics and not just by boffins. As Big Science inched ever closer to recreating the particle, the possibility of discovering what happened at the very beginning of the universe, in the milliseconds following the Big Bang, was surely imminent.

That it might also shed some light on how the universe would end was, understandably, tantalising for the global media, guaranteeing the Boson a periodic place in the cultural limelight. Over time the elusive Higgs Boson would be speculated about in written works of fiction, as well as movies, songs, television and even gaming, such was the allure of all it represented.

When in 1993 a Nobel Prize-winning physicist published a popular book on particle physics and titled it The God Particle, in reference to the Boson, the hype surrounding the hypothetical subatomic particle exploded. Never mind that it was the publisher, not author Leon Lederman, who chose the sensational title: "The publisher wouldn't let us call it the Goddamn Particle, though that might be a more appropriate title, given its villainous nature and the expense it is causing."

Lederman's aside wasn't all exaggeration. The quest to find the missing piece of the puzzle began in 1964, when British physicist Peter Higgs and two other teams of theorists independently posited that in the moments after the Big Bang, an energy field filled the universe and played an important part in giving mass to the group of subatomic particles thought to be the building blocks of matter.

Over decades, the credibility of the so-called Higgs mechanism was strengthened through different experiments. It enabled scientists to validate a number of theories predicted by the Standard Model, thus giving a solid base of data to what The Economistonce called 'an elaborate mathematical edifice erected over the past four decades to describe the most fundamental constituents of reality'… and, naturally, making the prospect of discovering the illusory Boson all the more momentous.

From Chicago's Fermilab to the European Organisation for Nuclear Research (CERN) in Geneva, billions of dollars, thousands of researchers and possibly hundreds of thousands of hours were poured into the race for discovery.

Finally, in July 2012, scientists presiding over the CERN's Higgs-hunting ATLAS and CMS experiments announced that they had found what appeared to be the elusive particle… but not until March 2013 did a CERN spokesperson give the world the official thumbs-up: the particle in question was indeed a Higgs Boson!

What sortof Higgs Boson it was, of course, was yet to be determined. And then there was that whole pesky business of working out what lies beyond the Standard Model…