Q&A: Upton on The Maids 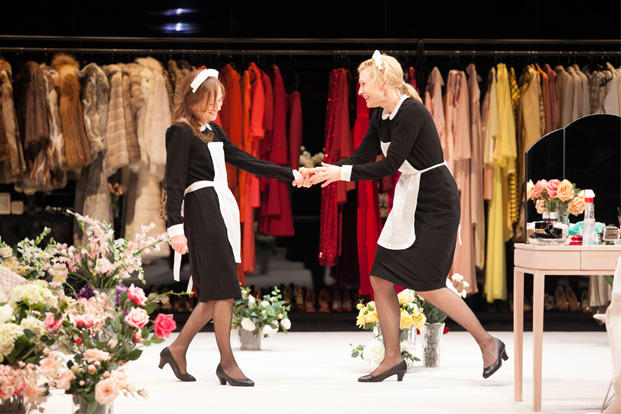 What drew you to The Maids as a project - what did you want to explore in Jean Genet's original play?

Jean Genet's play remains, to this day, genuinely experimental and political. It is both subversive and inventive.

In what ways did you need to adapt Genet's work so it would 'speak' to a contemporary Australian theatre audience?

In doing the adaptation both Benedict [Andrews] and I agreed that the play needed to feel like it was happening today. There are certain allusions, particularly in the lifestyle of the Mistress and the Master, to a slightly criminal milieu that we wanted to keep alive and as dangerous as it would have been when the play was written in 1947. There is also inside the play as a text a very deliberate, quite florid, almost ritualised use of language, so we set out to balance the coarse, the criminal and the sacred for today's audience.

Do you always work closely with the play's director and/or its actors when you are adapting or writing a script? How would you describe this relationship?

All adaptations, in my experience, are production specific and so I seek input from the intended director of the production at the outset. In this case, Benedict himself is also a writer and so he is intricately connected to the process as both writer and director.

How long did it take you and Benedict to adapt The Maids, and how did you 'workshop' the changes you made?

Robin Nevin has said of your adaptation style that you are 'true to the original' but that also you still 'manage to have a voice of [your] own'. How do you achieve this given the 'classic' ilk of the works you adapt?