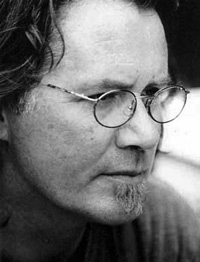 What interested you about The Long Way Homeas a project?

Firstly, it seemed a unique way to make theatre. Making theatre is what I've done for a very long time, and it's something that I enjoy enormously. The Long Way Homepresented a very particular set of circumstances, the most intriguing of which was the fact that I would be starting with no idea of what the final outcome would be. Everything depends on what the soldiers are willing to offer me. They are the ones who will determine what the play/show will be about. My job is to shape the material they offer into something that is theatrically effective.

Another reason I was interested in the project is that I think it's important for the public to hear the stories that these soldiers have to tell. The ADF have been on multiple deployments over the last 20 years. They represent Australia, they act in our name. But does the public actually know what they've been doing or what they have achieved? More importantly, I think it's critical that service men and women tell their own stories, the good and the bad, stories about their successes and their failures, and that the public's understanding of the ADF isn't limited to Government pronouncements and PR.

And I guess finally, deciding to participate in the project was a moral decision. The men and women involved have sacrificed an enormous amount in the service of their country. Whether or not you agree with the Australian Government's decision to become involved in a conflict such as the one in Iraq, the people involved in this project have given the best of themselves. And some of them have paid a very high price. It felt right to be able to offer something in return.

The production is based on first-hand accounts from ADF personnel. How do you fit into that as the playwright?

From the outset, both Stephen Rayne and myself have been clear that we did not want to make a piece of reportage, nor anything like a documentary. This will not be a piece of Verbatim Theatre. It isn't a question of the men and women involved in this project simply repeating their stories, but of creating a piece of theatre out of those stories; we want to escape the merely anecdotal. In doing that, perhaps by working together we can assign a larger meaning to those stories, illuminate their context, explore their cultural and emotional significance. This notion of creationis part of the healing process for the men and women involved in the project. As I've said, we want to get beyond the anecdotal and head someway towards the creation of meaning. I'm right now discovering how I fit in to that process. My job right now is to listen carefully, to pay attention to detail, and to resolve to be as truthful to what I hear as possible.

Is this process of writing familiar or is it new ground?

I've done two projects somewhat similar to this, both in France. They both took place in Marseilles, and they both concerned people living (to put it bluntly) at the very bottom of the food-chain. Some were living on the street. Many of them were immigrants and refugees from North Africa. I wrote two plays based on these people's experiences, which they then performed, with the help of a small group of professional actors. I know that it was a liberating experience for the people involved. What I remember most of all is how exhausting it was for me! But it was an amazing experience.

Being in the midst of a creative development with theADF personnel right now, has there been anything particularly striking or surprising about their stories so far?

We are only just beginning, and stories are only just now emerging, but what is already striking is the openness and the willingness of the personnel to take part in this process. There is a lot of vulnerability in the room, but there is also a lot of courage.