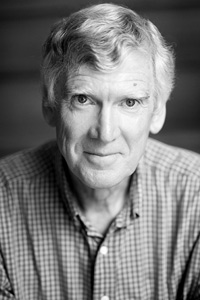 How does it feel looking back at your writing in Travelling North? Do you connect to the characters as you did when you wrote it?

I'm very fond of Travelling Northand have great memories of the first Nimrod production by John Bell all those years ago. Yes, I still connect to those characters and, as the years wear on and my own life winds ever closer to its inevitable end, the play seems even more relevant than it did when I wrote it. Back then, life seemed endless, as I was still in my early thirties. Now it's more a case of every extra birthday is a bonus, which is exactly what Frank feels when he finds out about his heart condition. And, yes, I still connect strongly to the plight of Frances, torn between her loyalty and love for Frank, and the emotional tug of her two struggling daughters. It's a warm and hopefully understanding play about issues that so many people have to face.

The story of Travelling North is inspired by your in-laws. What was it like to write about such intimate material and how did your family receive it?

Yes, I can't deny the inspiration for Travelling Northcame soon after I met my present wife Kristin and she took me up onto the Central Coast of NSW to visit her mother Hope who had recently remarried an older man called Wilkie. There was more than a little hint of disapproval from her two daughters about the new liaison, which I used in the play, but I found them an inspiring couple. Wilkie was a ferociously intelligent man, a former electrical engineer and ex-communist with pronounced opinions on just about everything. Hope was gentler but with a wonderful quality of perception and understanding. They both impressed me and, some years later, the image of them both living in a verdant, sunlit subtropical paradise re-entered my mind and became Travelling North. In fact, by the time I wrote it, Wilkie had died. I asked Hope whether I could write the play and she trusted me and was most cooperative. She told me anecdotes about a busybody neighbour who had annoyed the hell out of Wilkie and a long-suffering doctor who had to answer Wilkie's probing questions about the quality of treatment he was delivering. These characters found their way into the story. I think Hope genuinely liked the play, but my wife Kristin and her sister were a little less enthusiastic, particularly when Frank, in the play, refers to them as "Goneril and Regan".

Grey nomads and reverse mortgages have firmly taken root in today's vernacular, but were you conscious of these notions as a social trend back in the 70s?

I can't say I was aware of it as a social trend. It was just that that travelling north was what Wilkie had chosen to do and he had convinced Hope to follow him. Now, of course, it has become a veritable flood of northward-bound, sun-seeking southerners making the pilgrimage. Many of them, like Frank and Frances in the play, find that living in paradise isn't quite enough without having a social context of friends, families and meaningful activities to fill in the time. Frances gets a little tired of rowing Frank day after day to his favourite fishing holes. Perhaps that's why the nomads choose to keep on the move.

Since writing Travelling North, you've moved up to Noosa. Are you following in the footsteps of your own play?

I have to confess that's absolutely true. I was dazzled by the beautiful subtropical splendour of Hope and Wilkie's new abode. I loved the peace, the sunlight filtering through the flowering gums, the birdsongs and the tranquillity. It was a powerful image that stayed with me and, after several more freezing winters in Melbourne, I asked myself why we couldn't travel north ourselves. Kristin and I were both writers and not tied down and we knew our young family would adjust. There were some who thought I was deserting the Melbourne arts scene to embrace the bourgeoning Sydney scene, but the truth was I was sick of the cold. After many years, the Sydney winters got to me and I went further north with Kristin to Noosa, but we were sensible enough to keep a Sydney apartment where we still spend a lot of time in the always exciting Harbour City.