From charming gent to menacing killer, Josh McConville has shown he's adept at everything from slapstick to Shakespeare. With an ever-increasing body of work here at STC, it seems timely to look back at the productions this rising star has appeared in.

Josh's first appearance with STC came when he was still studying acting at NIDA. In 2008, our production of Gallipoli featured an ensemble of 3rd year NIDA students in STC as a chorus of soldiers. (Photo: Brett Boardman) 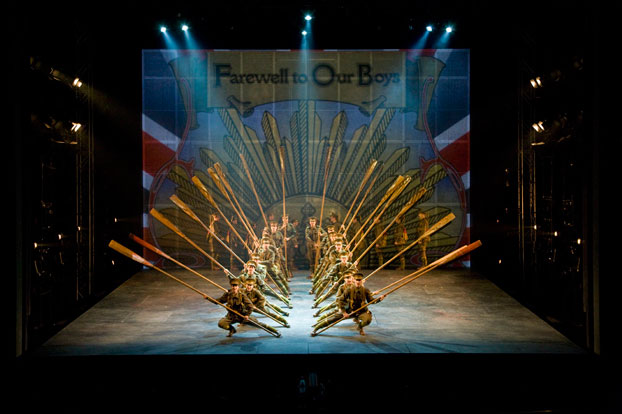 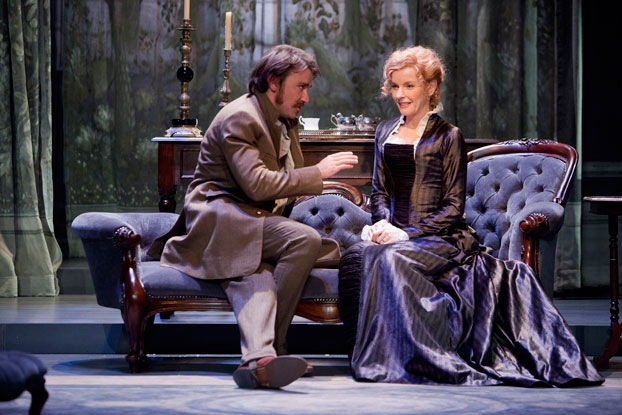 Then there was Loot. Directed by Richard Cottrell, Loot is playwright Joe Orton at his farciest. Here, Josh rubs shoulders with Robin Goldsworthy. (Photo: Heidrun Löhr) 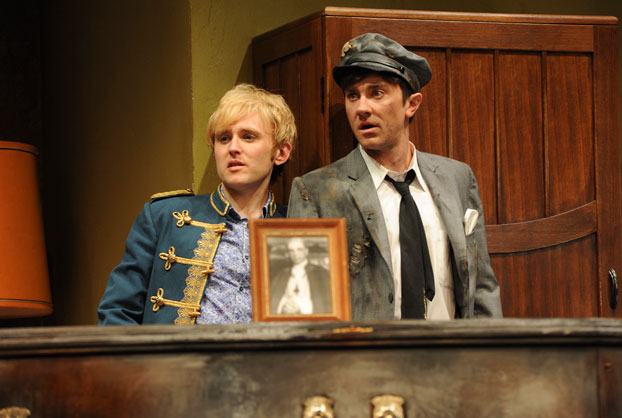 Rounding out a big year for Josh was the blockbuster Gross und Klein, directed by Benedict Andrews, which then toured to Europe. Here, he's enjoying a tipple with Sophie Ross. (Photo: Lisa Tomasetti)

In 2013, Josh put his angry face on to play Tybalt in Kip Williams' production of Shakespeare's Romeo and Juliet. Eamon Farren (as Mercutio) got the rough end of the bargain in this fight scene; Dylan Young (as Romeo) would go on to avenge his fallen friend. (Photo: Lisa Tomasetti) 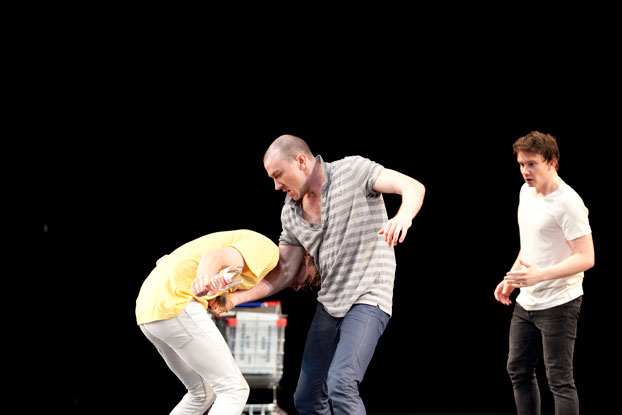 Josh returned to British farce in 2014 with Michael Frayn's classic Noises Off. In Julie Lynch's eye-popping costumes, Josh fell forwards, backwards, sideways and head-first down stairs. Here he is coming a cropper in front of Genevieve Lemon and then calling the constabulary with Ash Ricardo. (Photos: Brett Boardman) 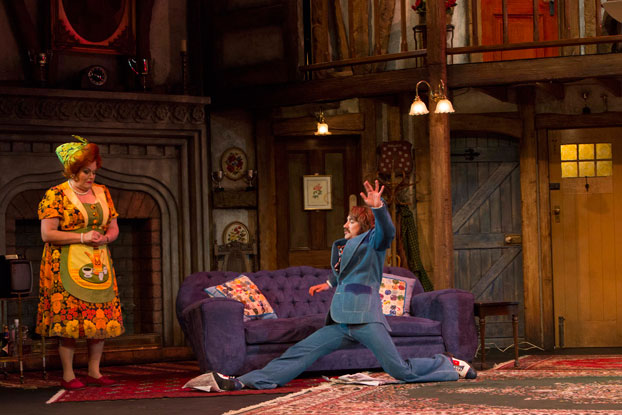 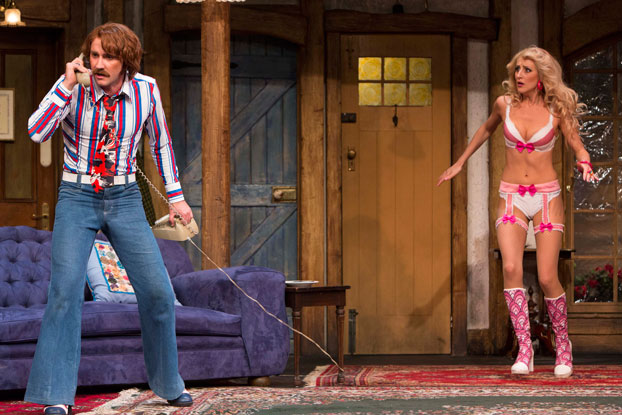 Later in 2014, he stayed with the Brits but changed up the era in Mojo, set in the scummy underworld of 1950s London. (Photo: Brett Boardman) 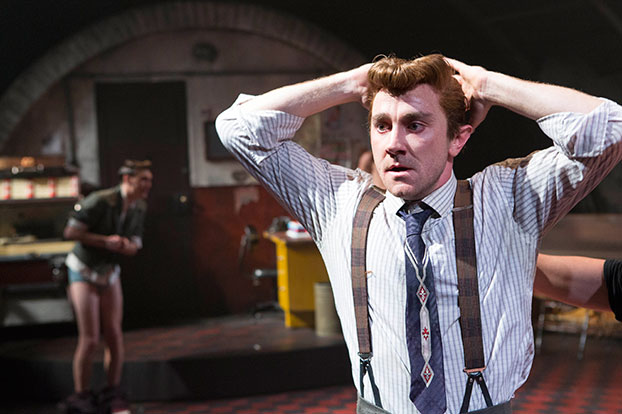 Capping off the year, Josh donned a fetching wig and an outrageous costume, designed by Alice Babidge and Renée Mulder, when he played De Guiche in Cyrano de Bergerac. (Photo: Brett Boardman) 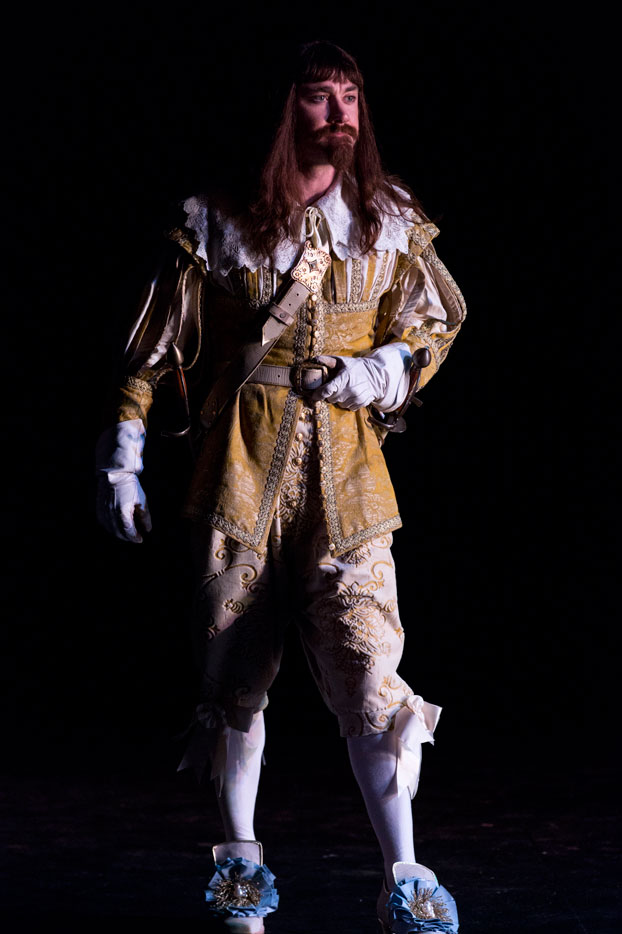 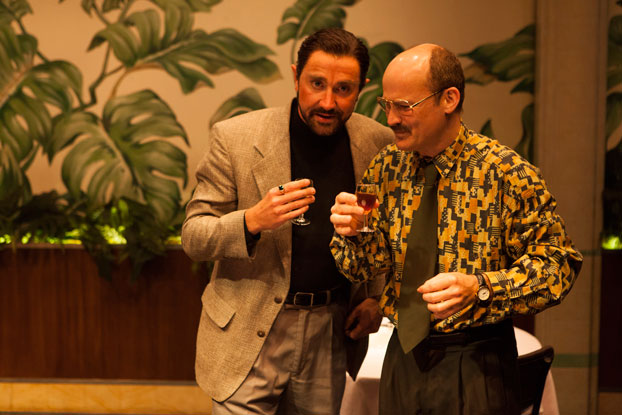 In 2016, Josh will be busier than ever on the STC stage. He kicked off the year playing a literary don opposite Andrea Demetriades in Tom Stoppard's Arcadia. (Photo: Heidrun Löhr) 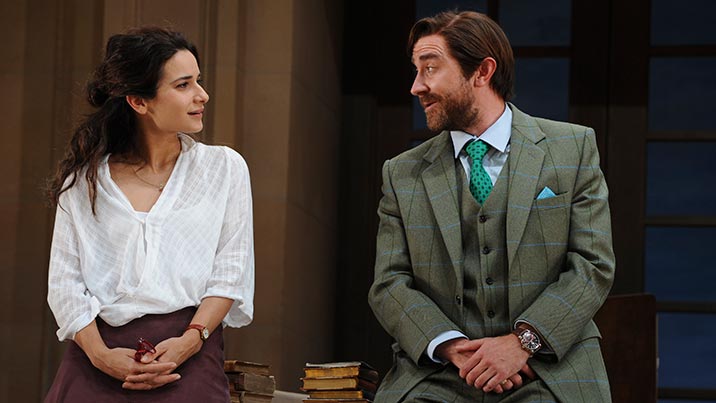 His next character for the year was the rather less bookish Sandy Tyrell in Noël Coward's classic comedy Hay Fever. Here he is entertaining Heather Mitchell in the tub. (Photo: Lisa Tomasetti) 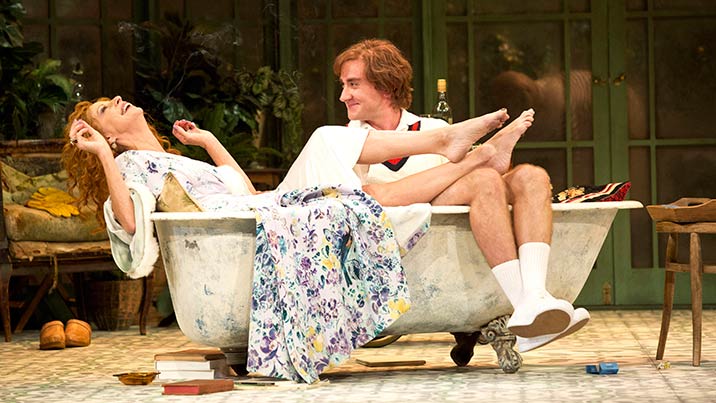 In Arthur Miller's All My Sons, Josh played George Deever, whose entrance kicks the unfolding drama into high gear. The first thing on his mind is stopping his sister Ann, played by Eryn Jean Norvill, from marrying Chris Keller, played by Chris Ryan. (Photo: Zan Wimberley) 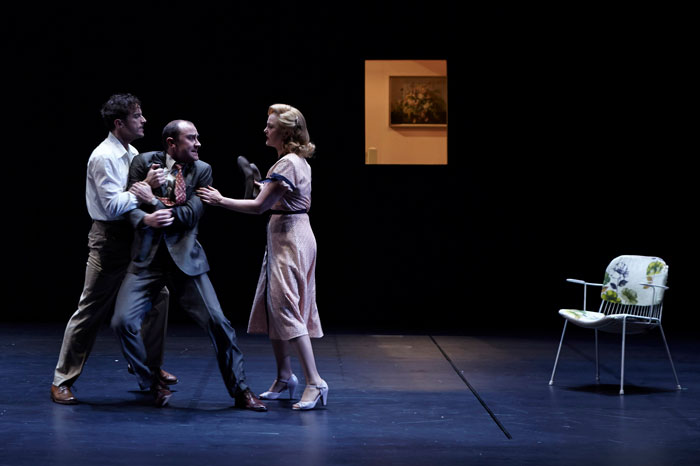