News: The Maids on tour 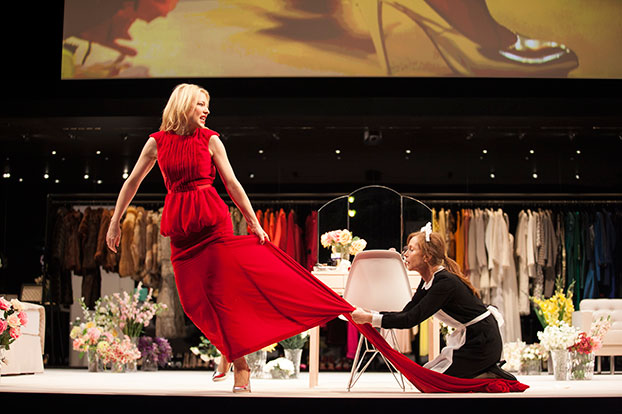 Our production of The Maids is heading to New York this month for the Lincoln Center Festival.

Having previously programmed our Uncle Vanya in 2012, the Festival has welcomed us back alongside a handful of other productions, including the Bolshoi Ballet's Don Quixote and Spartacus, four pieces by contemporary dance legend Anne Teresa De Keersmaeker and the Houston Grand Opera's staging of Mieczyslaw Weinberg's neglected masterpiece The Passenger. The Festival also seeks to broaden notions of classicism by presenting works outside the Western canon. In 2014, the traditional Japanese Kabuki theatre of Heisei Nakamura-za will be on show.

"Since its inaugural season in 1996, Lincoln Center Festival has received worldwide attention for presenting some of the broadest and most original performing arts programs in Lincoln Center's history. The 2014 Festival will have 49 performances. Entering its 19th year, the Festival will have presented nearly 1,322 performances of opera, music, dance, theatre, and interdisciplinary forms by internationally acclaimed artists from more than 50 countries. It places particular emphasis on showcasing contemporary artistic viewpoints and multidisciplinary works that challenge the boundaries of traditional performance."

The festival begins today and runs through to 16 August 2014, with performances by artists and ensembles from 11 countries across six venues in New York City. The Maids will play the New York City Center stage on West 55th street for 12 shows. For more information, visit the Lincoln Center Festival website.

Have a look back at previous STC shows that have toured the world in this archival gallery.