Feature: The Clubs of Berlin, Part 1

In honour of M.Rock, we asked inveterate traveller, writer, urbanist and dance-fiend Jana Perkovic to give us an insight into the Berlin club scene. In this first instalment, Jana reveals how Berlin became the city of clubs and parties. 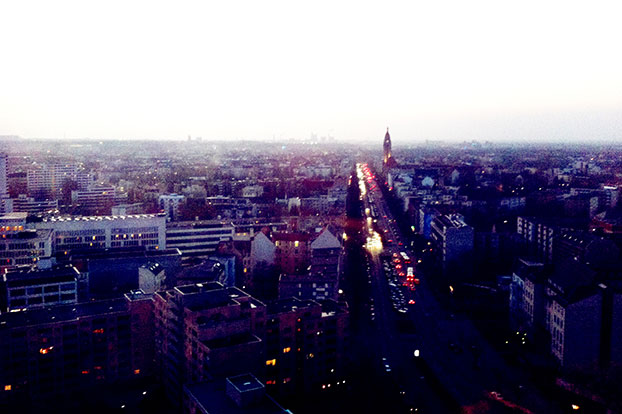 My first visit to Berlin was in January 2010, the coldest winter ever recorded in Europe. The temperature was -15°C, every walking surface was iced over (and people fell, all the time!), the sun set shortly after lunch, and one drank alcohol purely for warmth. Despite this comprehensive state of emergency, it was clearly the greatest city in the world.

While most European cities have closed their World War II holes and gaps, Berlin is still in bits and bobs: half a vista here, a truncated boulevard there, light industry in the most central places, vacant sites not even broadly landscaped into parks, multiple airports where clearly one would do. It should be a textbook fiasco. Instead, a kind of exhilarating chaos emerges. Tidy European capitals with waterfront promenades and Jugendstil cafes are built in the image of tidy societies. Berlin, manifestly, has no society. Berlin is a New World, right in the centre of the Old. 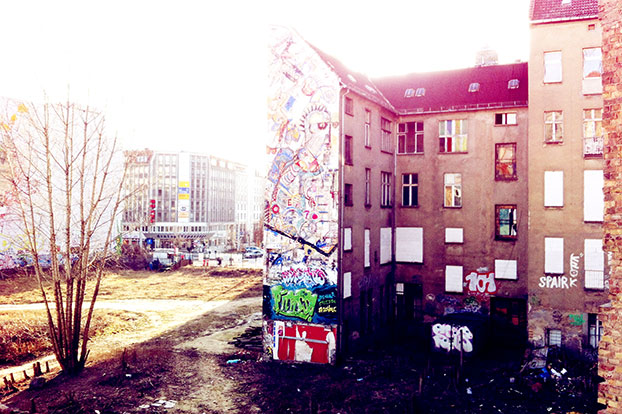 Here the 20th century was a series of disruptions. Berlin grew out of Prussian army barracks and the 19th-century industrial smog, like Manchester, Chicago, Melbourne. A hamlet overrun with backyard factories, its population doubling and quadrupling in decade-long hiccups, it briefly glimpsed glory as the capital of the brave new Nazi world, before it was razed to the ground in the bombing that ended World War II. (An entire mountain on the outskirts of Berlin is made out of the rubble of 1945.) Then the Cold War happened, with the Wall drawing a wide, empty death strip through the historical centre like a literalised Iron Curtain. The centre of Hitler's former capital remained a military wasteland for half a century. Rem Koolhaas, who went there as an architecture student, wrote later that in West Berlin he understood how emptiness can shape the urban condition by its very void, how absence can be stronger than presence. 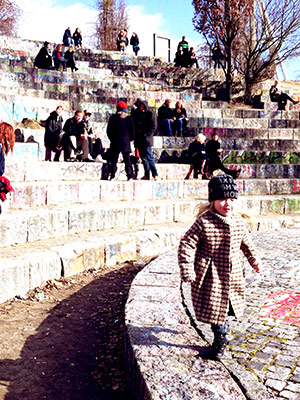 It is often said that West Berlin was as socialist as the East: its failing industry was hugely subsidised, its mindset radically left, a large percentage of its population receiving social welfare. West Berlin, an enclave of capitalism in the middle of the socialist German Democratic Republic (GDR), saw an exodus of businesses and the middle class. In their stead, students and radicals moved in, not least because citizens of West Berlin were exempt from military service. In 1980, after a quarter-century of inner-city demolitions and new modernist housing estates, of boarded up ruins waiting for a pretext for compulsory acquisition and thousands of people registered as couch-surfing and effectively homeless, one of the largest squatting movements in Europe was born here. One hundred and fifty buildings, an entire crumbling inner-city district, were occupied in the course of a few weeks. Because the squatters were supported by a broad alliance of respectable community organisations, and reflected the general dissatisfaction with the housing reconstruction, the city government decided to negotiate amicably. Accords were struck between anarchist punks and absentee landlords with the city Senate as guarantor, legal protection given. A lick of funding turned squat legalisation into a 'regeneration strategy'.

When the Wall came down in 1989, the wave of bright-eyed students moving into the vacated apartments of East Berlin had a precedent to follow. 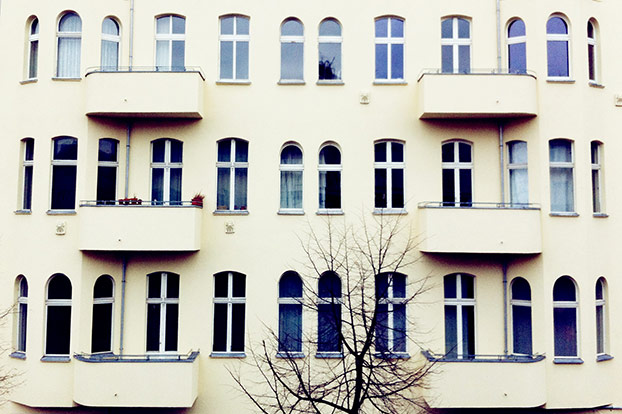 WHEN THERE IS NO NORMAL

The importance of the squatting culture on the clubbing culture of Berlin cannot be overstated, because it momentarily shaped the early invasion of the East by the West, an invasion which in turn shaped the entire city. For a brief but decisive moment in Berlin's history, in the 'Summer of Squatting' in 1990, when fresh-faced graduates like Tobias Rapp moved from provincial capitals straight into East Berlin squats, self-governed occupation was the only civilizational model going. Rapp, who became the chronicler of Berlin's techno culture, wrote:

In East Berlin in 1990, you didn't have "normal" in that sense, because the city wasn't normal. You had 30 percent empty apartments, you had in East Germany a population that was celebrating freedom and was happy that the GDR days were over, but also didn't know what was coming. Squatters like us represented freedom, but we were also scary and unusual. There hadn't been squatters in East Germany. It was an unusual sight, and an unusual attitude to just move into a house and say, "That's our house." Nobody in the GDR did stuff like that. So what is "normal" in that sense? It's normal to be a squatter when you have 130 squatted houses in a city. 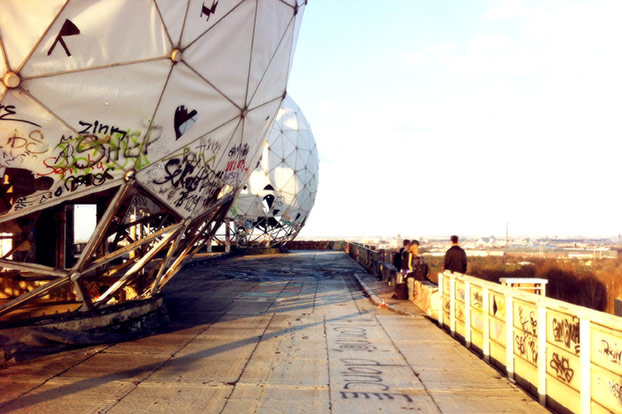 This time, the city government quickly halted the squatting of residential spaces, but the summer of 1990 decisively shaped the attitude of new Berlin. People learned to take buildings and turn them into whatever they pleased, to try things out while waiting for the forces of law. Between the East Germans fleeing to the West, former capitalists returning, overseas descendants of exterminated Jewish families, property law harmonization and the drawing up of new urban plans, it took the better part of the decade to sort out real estate ownership and start building. The city lay fallow, and in its nooks and crannies, clubbing as we know it was born.

West Berlin had been a claustrophobic, escapist place. In his books, Rapp points out that early club names all referenced outer space: UFO, Planet. In post-1990 Berlin, everything was possible, here and now and realistically. Club names suddenly were gleefully prosaic, referencing shops and buildings they had occupied: Frisseur (hairdresser); Electro (an electronics store). The famous Tresor (Treasury, or Safe), the documented birthplace of techno, was in the vault of a derelict department store in the middle of the city. The furnishings were cheap because clubs were illegal, thus impermanent. None of these places officially existed in any phone or address book. And yet, every taxi driver knew where Tresor was. Escapism met freedom, and the city plunged into a prolonged state of wonder. The sport of the time was to run through the city, looking for a techno party. For Rapp, "[there] was a pleasure in the '90s in where you were, because Berlin was the most awesome thing you could imagine."

Continue to Part 2 of this article