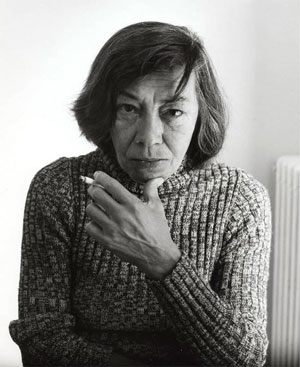 Patricia Highsmith was one of the 20th century's great writers. In her acclaimed crime fiction, she shone a light on the darker reaches of the human mind. In Joanna Murray-Smith's new play, Switzerland, a light is shone on Highsmith herself – and the attention is very much deserved. Here, we give you a taste of this remarkable author's life.

Mary Patricia Plangman was born in Fort Worth, Texas, in January 1921. Five months prior, her mother had drunk turpentine in an attempt to rid herself of her unborn child. “It’s funny, you adore the smell of turpentine”, her mother told her later.

She spent much of her early childhood being raised by her grandmother. But by age six, her mother had remarried – to Stanley Highsmith – and had moved with little ‘Patsy’ to New York. Little Patsy hated Stanley at first sight. “La maison n’était pas très heureux” was how she politely expressed it in an interview for French TV. She found succour in literature and was a precocious talent – her letters home from summer camp, written when she was 12, were published in Woman’s World magazine in July 1935.

At Barnard College, in 1942, her entry in the college magazine read, “Pat the distinctive… Pat the ultra… Pat the gal who reads standing up… all Barnard shivers to the tune of her smoothly-written Quarterly masterpieces… the magazine’s new Editor… woodcarves in her spare time… is glad that Barnard has made her less ‘ivory-towerish’.”

Her Southern, white, Protestant conservatism was deeply ingrained and resulted in contradictory internal attitudes. A lover of women and a few men, Highsmith tried to psychoanalyse her way out of homosexuality but described sex with a man as “steel wool in the face”. She was well-known for her extraordinarily vituperative rants against Jews (she referred to the Holocaust as the “semicaust”), yet many of her friends, colleagues and even lovers were Jewish.

Her friends called her pathologically stingy, neurotic, horrible. Graham Greene called her a poet of apprehension.