It is always a pleasure to have the wonderful Pamela Rabe back at STC, her many wonderful performances with us matched in recent years by her equally fine directing. In 2019 she’s back on stage in Tennessee Williams’ Cat on a Hot Tin Roof, the latest instalment of a long and rich STC career…

Pamela's first show with us was in 1989, when she performed alongside Tyler Coppin in Patrick White's vaudevillian drama The Ham Funeral. (Photo: Stuart Campbell) 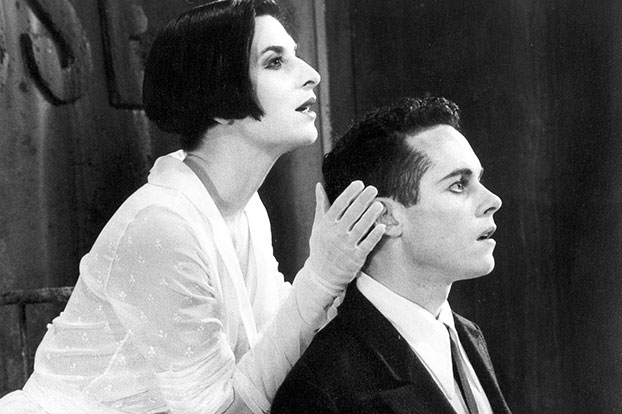 The following year she performed two shows with us. The first was The Secret Rapture, which also featured Heather Mitchell, Hugo Weaving and Linda Cropper. (Photo: Branco Gaica) 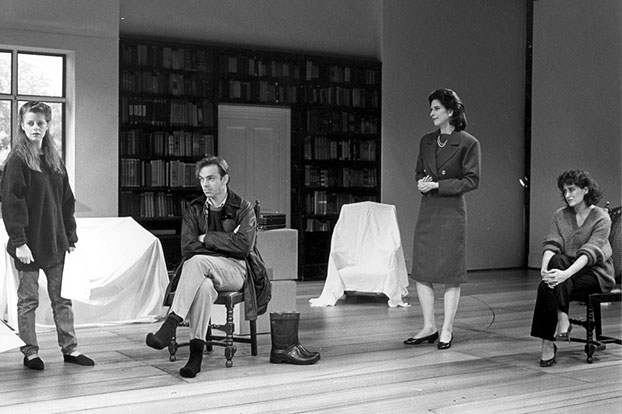 Pamela's second STC show for 1990 was Three Sisters, in which she played Olga to Angie Milliken's Irina. (Photo: Stuart Campbell) 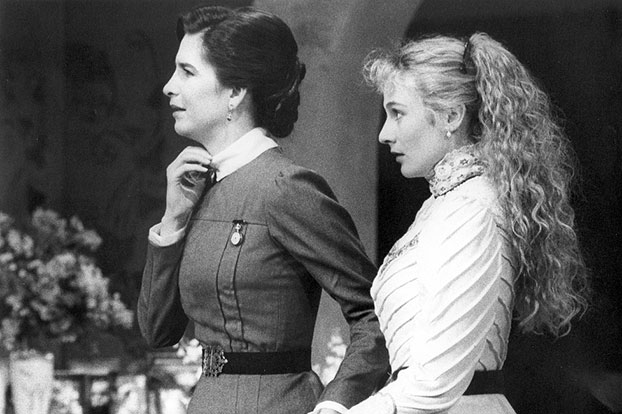 In 1992, Pamela performed in Lost in Yonkers alongside Robert Grubb and Ruth Cracknell. (Photo: Robert McFarlane) 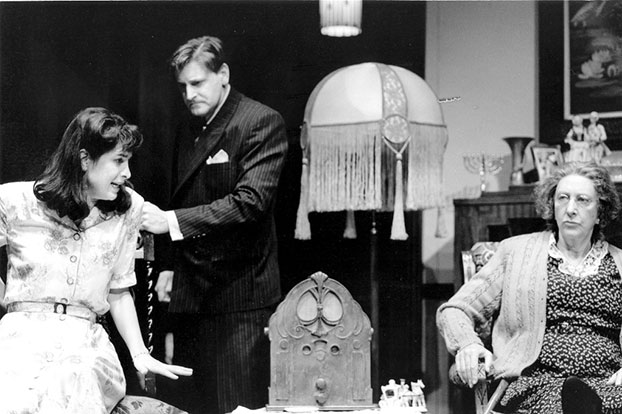 Necklines plunged later that year in a saucy period production of Much Ado About Nothing. (Photo below left: Robert McFarlane)

Perhaps Tony Sheldon still had that image in mind five years later, in 1997, when he and Pamela starred in Noel Coward's Private Lives as a feisty divorced couple. (Photo below right: Lisa Iley) 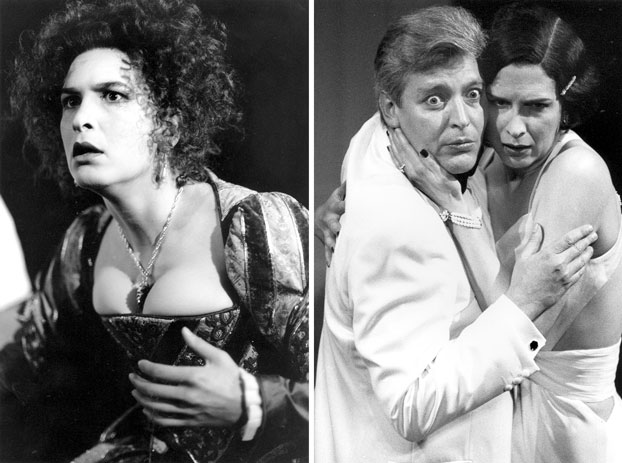 Next she performed alongside Greg Stone in Martin McDonagh's The Beauty Queen of Leenane in 1999, a production that toured the following year. (Photo: Tracey Schramm) 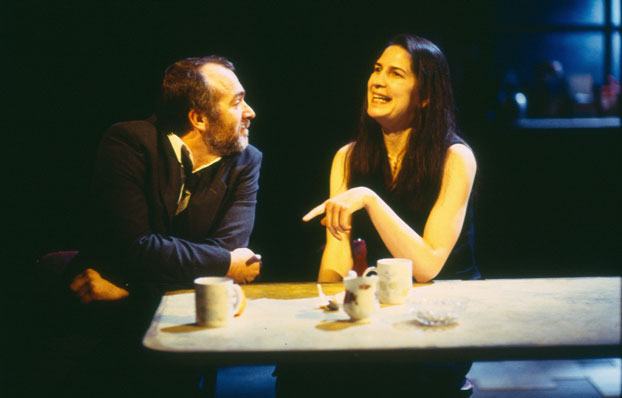 In 2001, Pamela took to the stage with the great Ruth Cracknell for the emotional tug-of-war Salt. (Photo: Tracey Schramm) 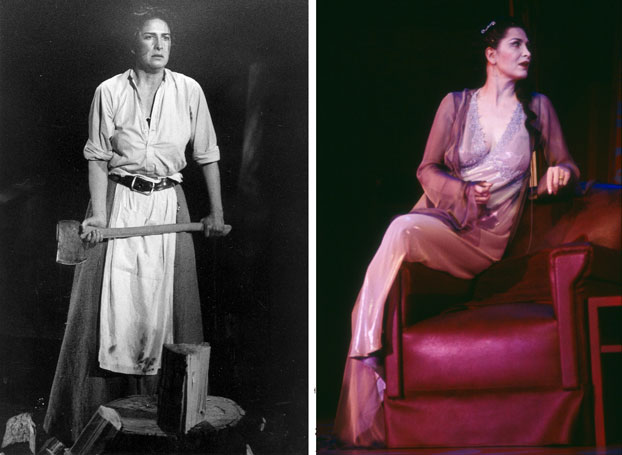 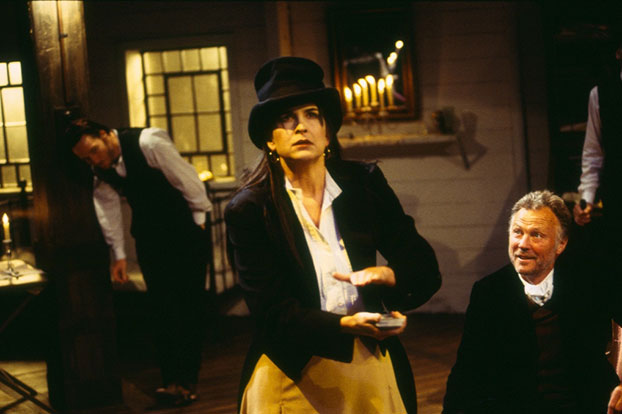 In 2006, STC was thrilled to announce that Pamela was one of the original members of the STC Actors Company, and her first performance as a company member was in the title role of the Brecht classic Mother Courage and Her Children. (Photo: Heidrun Lohr) 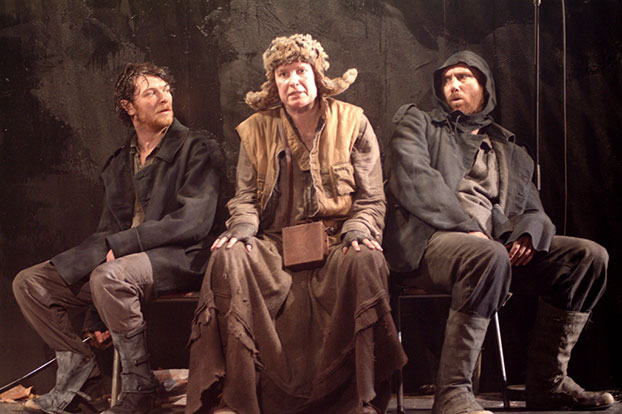 This was a busy year for Pamela, as she also performed in the Barry Kosky-directed epic The Lost Echo. (Photo: Heidrun Lohr) 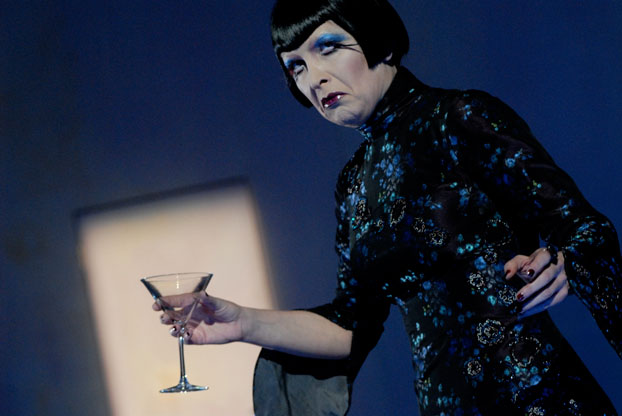 The final show for the year featuring the STC Actors Company was the elaborate costume comedy The Bourgeois Gentleman, which also featured Peter Carroll. (Photo below left: Tracey Schramm)

In 2007, Pamela avoided the rain in A Midsummer Night's Dream with Brandon Burke. (Photo: Heidrun Lohr) 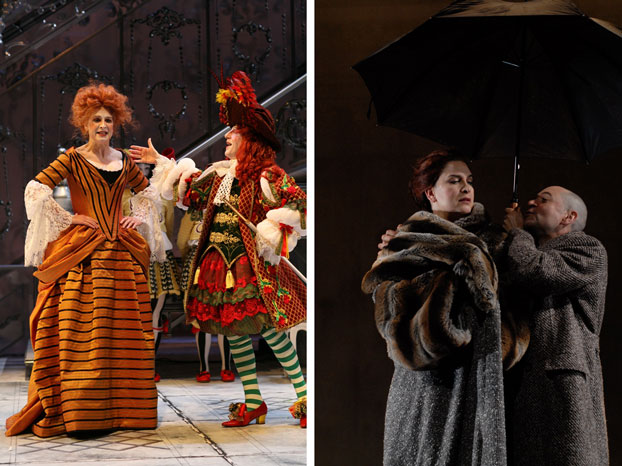 Also in 2007, she joined her fellow STC Actors Company members in Benedict Andrews' spectacular production of Patrick White's The Season at Sarsaparilla, in which she gave glorious depth to the glamorously bored housewife Nora. (Photo: Tania Kelley) 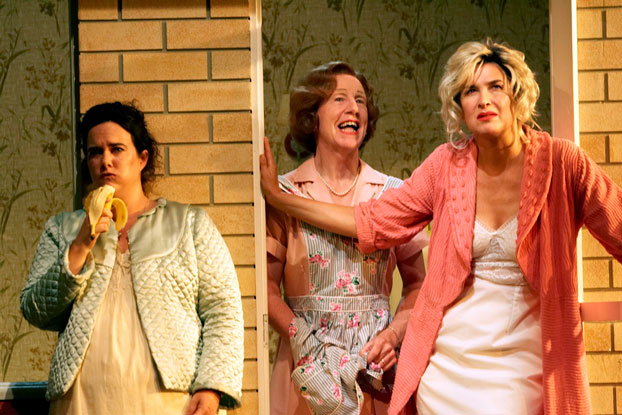 In 2009, Pamela was part of the mammoth production The War of the Roses, in which she played the Duchess of Gloucester, sister-in-law to Gaunt, Richard of Gloucester, son of York and, finally, a truly stunning Richard III. (Photo: Tania Kelley) 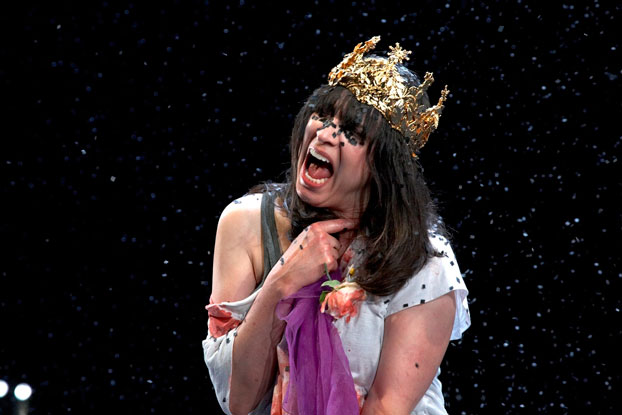 Later in 2009, Pamela returned with her director's hat on, bringing about a fabulous production of Elling, which starred Darren Gilshenan and Lachy Hulme. (Photo: Tracey Schramm)

Pamela's most recent appearance here at The Wharf was in 2012 for Les Liaisons Dangereuses with Hugo Weaving. (Photo: Brett Boardman) 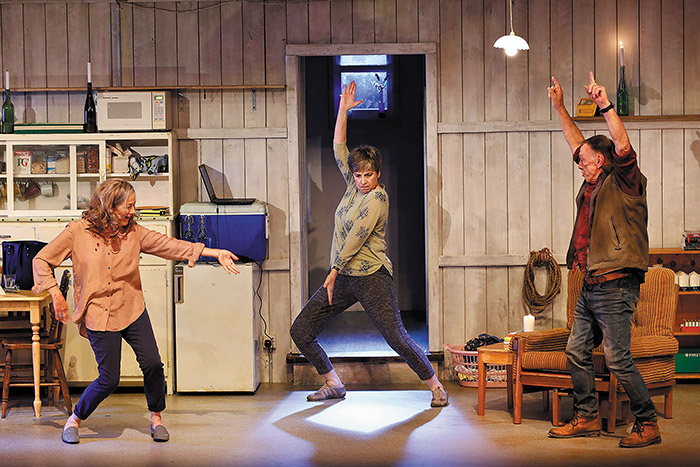