Feature: An Afterword from Ariel Dorfman 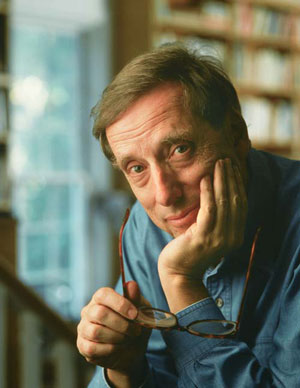 Eight or nine years ago, when General Augusto Pinochet was still the dictator of Chile and I was still in exile, I began tentatively exploring in my mind a dramatic situation that was someday to become the core of Death and the Maiden. A man whose car breaks down on the motorway is given a lift home by a friendly stranger. The man's wife, believing she recognises in the stranger the voice of the torturer who raped her some years before, kidnaps him and decides to put him on trial. On several occasions I sat down to scribble what I then imagined would be a novel. A few hours and a couple of unsatisfactory pages later, I would give up in frustration. Something essential was missing. I could not figure out, for instance, who the woman's husband was, how he would react to her violence, if he would believe her. Nor were the historical circumstances under which the story developed dear to me, the symbolic and secret connections to the larger life of the country itself, the world beyond the narrow claustrophobic boundaries of that woman's home. The use of a forceps may be necessary to ensure the birth of a child that needs help getting out of the womb, but I had by then blessedly learned that when characters do not want to be born forceps may hurt them permanently and irreparably twist their lives. My trio would, unfortunately, have to wait.

They were forced to wait a long time. It was not until Chile returned to democracy in 1990 and I myself therefore returned to resettle there with my family after seventeen years of exile, that I finally understood how the story had to be told.

My country was at the time (and still is now as I write this) living an uneasy transition to democracy, with Pinochet no longer the President but still in command of the Armed Forces, still able to threaten another coup if people became unruly or, more specifically, if attempts were made to punish the human rights' violations of the outgoing regime. And in order to avoid chaos and constant confrontation, the new government had to find a way of not alienating Pinochet supporters who continued occupying significant areas of power in the Judiciary, the Senate, the Town Councils – and particularly the economy. In the area of human rights, our democratically elected President, Patricio Aylwin, responded to this quandary by naming a Commission – called the Rettig Commlssion after the eighty-year-old lawyer who headed it – that would investigate the crimes of the dictatorship that had ended in death or its presumption, but which would neither name the perpetrators nor judge them. This was an important step towards healing a sick country: the truth of the terror unleashed upon us that we had always known in a private and fragmented fashion would finally receive public recognition, established forever as official history, recreating a community fractured by divisions and hatred that we wished to leave behind. On the other hand, justice would not be done and the traumatic experience of hundreds of thousands of other victims, those who had survived, would not even be addressed. Aylwin was steering a prudent but valiant course between those who wanted past terror totally buried and those who wanted it totally revealed.

As I watched with fascination how the Commission carried out its difficult task, it slowly dawned on me that here might be the key to the unresolved story that had been buzzing inside my head for so many years: that kidnapping and trial would occur, not in a nation under the boot of a dictator, but in one that was in transition to democracy, where so many Chileans were grappling with the hidden traumas of what had been done to them while other Chileans wondered if their crimes would now be revealed. It also became clear that the way to make the husband of the tortured woman have a tremendous stake in the outcome of that kidnapping was to make him a member of a Commission similar to the one headed by Rettig. And it did not take me long to conclude that, rather than a novel, what needed to be written was a play.

It was a risky idea. I knew from experience that distance is often the best ally of an author and that when we deal. with events that are being enacted and multiplied in immediate history, a danger always exists of succumbing to a 'documentary' or overly realistic approach, losing universality and creative freedom trying to adjust the characters to the events unfolding around us rather than letting them emerge on their own and, letting them surprise and disturb us. I also knew that I would be savagely criticised by some in my own country for 'rocking the boat' by reminding everyone about the long-term effects of terror and violence on people precisely at a time when we were being asked to be notably cautious.

I felt, however, that, if as a citizen I had to be responsible and reasonable, as an artist I had to answer the wild mating call of my characters and break the silence which was weighing upon so many of my self-censored compatriots, fearful of creating 'trouble' for the new democracy. It was then and is now more than ever my belief that a fragile democracy is strengthened by expressing for all to see the deep dramas and sorrows and hopes that underlie its existence and that it is not by hiding the damage we have inflicted on ourselves that we will avoid its repetition.

As I began to write I found the characters trying to figure out the questions that so many Chileans were asking themselves privately but that hardly anyone seemed interested in posing in public. How can those who tortured and those who were tortured co-exist in the same land? How to heal a country that has been traumatised by repression if the fear to speak out is still omnipresent everywhere? And how do you reach the truth if lying has become a habit? How do we keep the past alive without becoming its prisoner? How do we forget it without risking its repetition in the future? Is it legitimate to sacrifice the truth to ensure peace? And what are the consequences of suppressing that past and the truth it is whispering or howling to us? Are people free to search for justice and equality if the threat of a military intervention haunts them? And given these circumstances, can violence be avoided? And how guilty are we all of what happened to those who suffered most? And perhaps the greatest dilemma of them all: how to confront these issues without destroying the national consensus which creates democratic stability?

Three weeks later, Death and the Maiden was ready.

This is an excerpt from Ariel Dorfman's afterword to the 1991 publication of Death and the Maiden and is reproduced with permission.