News: Waiting for Godot to tour 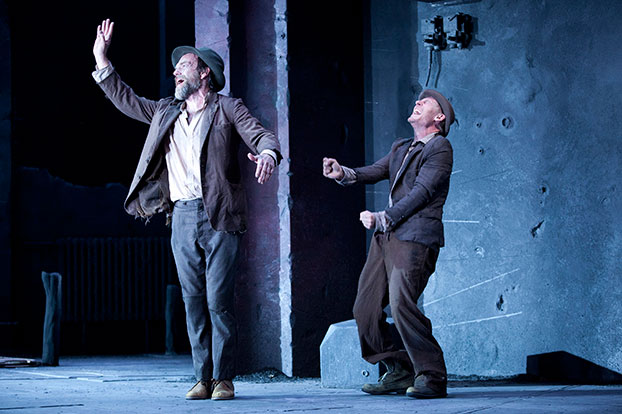 Our production of Waiting for Godot is heading to London’s Barbican as part of the International Beckett Season in 2015.

The Barbican is one of London's premier performing arts venues, with a program that mixes theatre, dance, film, visual art and music. One of the highlights of its 2015 program is the International Beckett Season, dedicated to the work of the great Irish playwright and author. Over three weeks, nine Beckett pieces will be performed by visiting international artists, ranging from the legendary American director Robert Wilson's production of Krapp's Last Tape to Irish performer Olwen Fouéré's reading of Lessness.

STC previously visited the Barbican in 2012, with Gross und Klein (Big and Small). Have a look back at previous STC shows that have toured the world in this archival gallery.