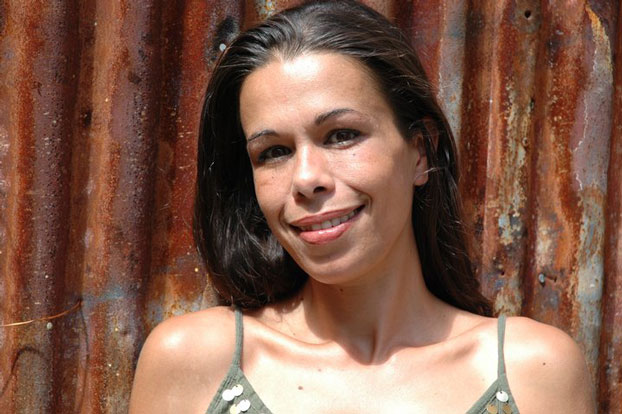 This production marks your professional debut as a playwright, but had you been labouring away on other scripts that didn't get made or was this actually your first play?

Battle of Waterloo is my very first play so it is incredibly thrilling but equally terrifying that my first attempt at writing a play is actually going to be produced and staged by such a reputable and prestigious company as STC.

But I think it stems from the fact that this is a story that needs to be told. From the moment I started writing this play, I have been supported by mentors, directors and organisations who, after reading the script, were really affected by it. So, it was passed on again and again to the right people until it got to where I am now… ready to be launched as part of STC's 2015 season!

What was the initial inspiration for writing Battle of Waterloo?

In 2009, I moved to Waterloo with my partner and have lived there ever since. I love the place. Even though it’s not far from the city, Waterloo is a bit like a country town where everybody knows each other - and your business, but that's what makes it such a wonderful community to be part of. While there’s a lot of negative press about this largely public-housing community, it’s important that people who don’t have any connection to this place have the opportunity to see the humanity, dignity and love that keeps us strong, as well as the shared pain of dispossession and loss that people are trying to overcome.

As you've drafted and redrafted the play, which elements of the story have stayed throughout?

The love story component is definitely what has survived all the drafts and I think that’s because it's at the heart of the play. I don’t think I can remember a 'black on black' relationship being portrayed on the stage without domestic violence threading through it. There is so much to be celebrated about our black fellas, yet I think many have lost their place in society and end up in jail or dying way to young. But, yes, at it’s essence Battle of Waterloo is about love in all its forms and what we will do to protect it.

What's the relationship between you as an actor and you as a playwright? Do those two strands of your theatre making feed off each other or do you see them as separate things?

I don't think I could have written Battle of Waterloo on the first attempt without my theatre background as an actor. That’s not to say I wouldn't have got there, but it would have taken me longer. In terms of process, I definitely think in the dramatic context as an actor would and it makes it a lot more innate and spontaneous as I know I can trust that I am moving things forward in the writing.

What's next on the horizon for you: writing another play? acting?

Yes, I've got a couple of projects I want to see come to fruition but it's too early to tell!