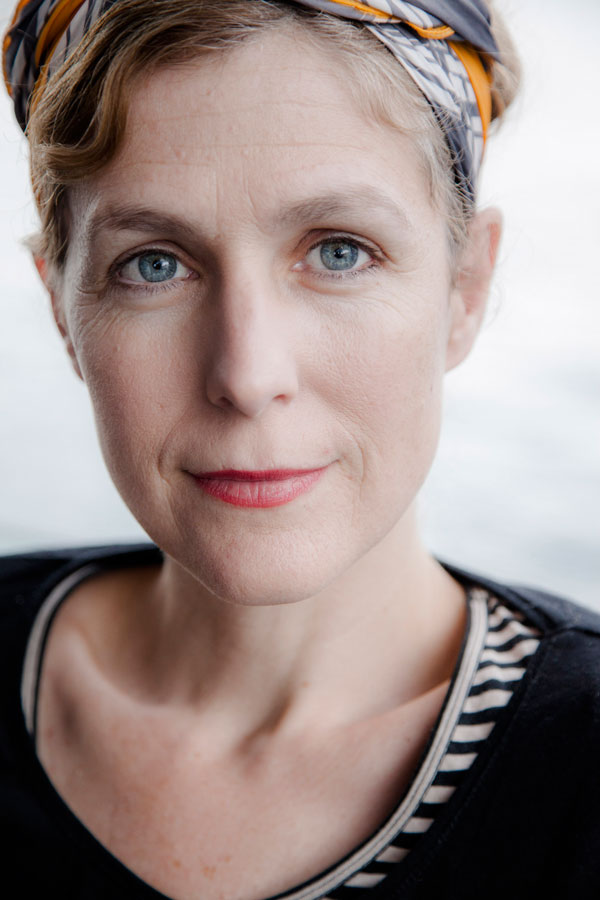 You’ll be directing two quite different shows in 2015 – Battle of Waterloo is a world premiere of a play set in today's Sydney, while Orlando is based on Virginia Woolf’s classic novel. What are the particular qualities in each that you're looking forward to tackling?

Battle of Waterloo is set inside a housing estate tower in Sydney's Waterloo. The story follows the lives of a very specific community of people in a very specific time and place. First-time playwright Kylie Coolwell, who also lives in the area, has written a beautiful love story where the environment in which the story is set is also a character in the play and the poetic realism of her style is one I am very excited about realising on stage.

Orlando on the other hand is a wild epic celebration of transformation of both time and gender. Adapted from Virginia Woolf's groundbreaking novel, the story spans more than 300 years. As the character Orlando says at one stage, "the very fabric of time is now magic" – the story navigates its way through time, gender and nature – exploring love, creativity and what it means to be alive inside this vast glorious context of life.

So, shifting from the micro to the macro on a scale as vast as this between the two productions is filled with theatrical potential.

How did you first come across the script for Battle of Waterloo?

In early 2013, Playwriting Australia approached me to direct a week-long workshop of three plays by three women that were a part of their Redfern Salon program. The Redfern Salon involved three Indigenous women from the area of Redfern who had not written a play before working with playwright Tommy Murphy over a period of six weeks to develop a first draft or first act of a play.

I then ran a week-long development with a group of actors – workshopping each script on the floor with the writers busily writing alongside us as we worked. The workshop culminated in a public reading as part of the Yellamundie Playwriting Festival.

After that, I took a copy of Kylie Coolwell’s play – Battle of Waterloo and gave it to Polly Rowe, our Literary Manager here at STC. When she read it, she loved it as much as I did and decided that we would do a Rough Draft of it. I got in contact with Kylie and we set it up. Again we had a week with a group of fabulous actors – we read, improvised and workshopped scenes and Kylie kept writing in the room. At the start of the week, we had Act One; by the end, we had the whole play. The day Kylie finished the play was very powerful. We had done some work on the final scene on Wednesday and the next day Kylie came in with the scene finished – it was one of those great moments and a real privilege to be present for the arrival of a new piece of work. Working on this project with Kylie has been a real career highlight.

With Orlando, were you attracted to it as a fan of the novel? Or was it Sarah Ruhl’s adaptation that drew you to it?

I actually read the play first then quickly bought the book to read. Reading both the play and book were incredibly joyful experiences. Sarah Ruhl has created a chorus of characters that are the vessel that take you soaring through the centuries. She has captured the book's incredible ability to zoom out and then back in, taking you from an expansive moment of ice skating across the frozen river Thames in 1608 to zeroing in on the minute detail of a hand floating in a bowl of rose petal water. The book is a famous fusing together of biography and fiction. Woolf believed the best way to write a life "would be to separate the two kinds of truth": the husk (the facts) and the atom (the inner life of the subject) that can capture the subconscious forces that shape a life. In a sense her book and the play both take you deep inside the atom of a life lived to the full.

STC's Resident Designer Renée Mulder, who you worked with recently on The Effect, will be designing both these shows in 2015. Can you describe how you and Renée work as collaborators?

Our first time working together was on Edward Gant's Amazing Feats of Loneliness by Anthony Neilson and it was the STC mainstage debute for both of us. That show involved an enourmous level of theatrical playfulness and I guess it set up our way of working together and has been something we have always returned to.

We next worked together on Hilary Bell's new play The Splinter which had a supernatural element to it, so we again found ourselves exploring forms of magic realism.

When we work on a project together we throw ideas around for months, we both very intuitively nudge our way towards the final world, asking questions: How does time move inside this world? What is the theatrical language of the space? How will actors play with the environment we create?

We have worked on a couple of co-productions together which have involved flying interstate and many a design has take a huge leap mid-air with a ground-breaking sketch on an airline napkin. I am absolutely thrilled to work with her again on both of these productions and think it will allow us to take some of our theatrical themes to new levels. I think the relationship between a designer and a director is incredibly important and some of the best works I have seen on stage usually bear the fruits of a long and intense relationship between a director and designer.