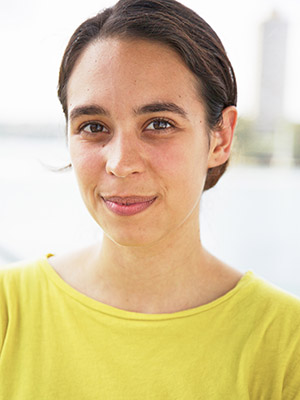 Kelsey is a Yuwaalaraay, Gamilaroi, Murrawarri and Yorta Yorta woman born in Lightning Ridge, northwest NSW. “Growing up I was very blessed to be able to learn my beautiful culture and my traditional language from a young age, but like many small towns and communities, there weren’t very many opportunities, so my family decided to move to Tamworth.”

The move to Tamworth, Australia’s country music capital, helped foster a passion for music in Kelsey. As a singer, songwriter and guitarist, her talent has translated into a budding music industry career. After completing her HSC in 2012 and having spent some time working in a pub, Kelsey received the Troy Cassar-Daley Scholarship to attend masterclasses at the Country Music Academy of Australia. Her time there confirmed she was on the right path – “this is what I want to do”.

She auditioned for the Queensland Conservatorium at Griffith University and was accepted, entering studios previously peopled by the likes of Kate Miller-Heidke and Megan Washington. In 2014, she was also selected to be part of Clancestry Pathways, as one of six young Indigenous artists working on their own songs one-on-one with Bernard Fanning. The experience was transformative, "I formed a really close relationship with Bernard – he really took me under his wing – and now he’s a sort of mentor for me. Having him believe in me really boosted my confidence.”

Going into her second year at the Con and eager to continue work on her music, Kelsey’s choice to be involved with a theatre company like STC via CareerTrackers could seem an unusual tangent. But Kelsey sees it as an important broadening of her learning and experience in the creative arts. “There are definitely things that I’ve done here that I can apply when it comes to my degree. It’s a different side to the arts industry, but it gives me something to compare things to. And, talking to the sound guys here, people move across industries all the time – from theatre, to music, to dance. And I've really enjoyed working here. The people, the positivity, the encouragement."

Kelsey has also been assisting with research into STC's approach to reconciliation. "Battle of Waterloo is going to be an amazing play. And it's great that STC can bring these stories in and open them up to the public … to build that cultural awareness and get people involved in things like NAIDOC week and Reconciliation Day and really celebrate those things."

"It's things like CareerTrackers that break down stereotypes, break down barriers, and build really strong relationships between Aboriginal Australia and the rest of the community. I feel really privileged to be part of that. And it's great to think that I can take what I've learnt here back to my community and pass it on to another generation – at the moment, the life cycle in our community too often revolves around drugs and alcohol. I want to take what I've learned through STC and CareerTrackers back to my community and say, 'There's more, there's more.’”

While Kelsey's time here at STC has come to an end, the influence she's had on the organisation, the relationships she's forged and the songs she's played will stay with us much longer.

Find out more about CareerTrackers.