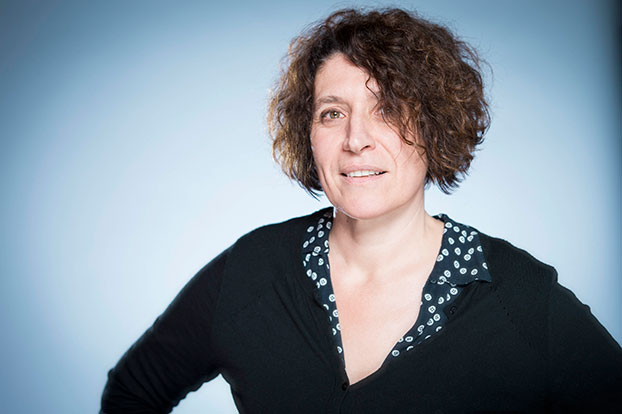 What sparked the idea for Jumpy?

I think it’s having a teenage daughter. That’s what sparked the idea: write from your own experience. I was interested in my generation’s ideals and how that was playing out in this generation. It was something very present in my life. The other thing that sparked it was that I had written a scene that Dominic had seen with a mother and daughter in it. It’s actually now one of the scenes in Jumpy. After reading this scene, Dominic asked me to expand it into a play. He said, “take it and go with it”. So, I was very lucky that he had that insight into the initial scene. Sometimes you can think, ‘what am I going to write about’ – it needs to be something really significant and your imagination can get very tied up. But the real resource is yourself, your biography, it’s the best guide.

Since you had this scene as a starting point, did the rest of the play come to you quickly?

I wasn’t panicking about the play. I was actually writing another play at the time. I already had that one scene and the next one I wrote was the one in which Tilly accuses Hilary of ruining her life. Then I left it for a bit. I wasn’t pushing. I’d go back and re-read what I had and then write another scene. It was when I wrote the scene with Pam that the rest fell into place. The process was like a series of thoughts, quite organic. I wasn’t really worried about the play.

How long did it take to write?

It was December when the Royal Court read the first scene, and I gave in the play in September. So, it wasn’t massively long, within a year. It was a nice writing experience for me. It wasn’t painstaking, it wasn’t pressured. There was a bit of re-writing but not much.

In the original production at the Royal Court, some of the critics said Jumpy was a play about mid-life crisis. Would you agree?

I think it’s true but I also think it’s a bit reductive. It has to be about a crisis to be an interesting play. And it is also about mid-life but it’s really about a woman’s experience of having to let go a child. They have to let go their role, their identity. There’s a sense of panic. And this isn’t often seen on stage. Women are meant to be the ones who cope.

Whose play is Jumpy, Hilary’s or Tilly’s?

It’s Hilary’s play. It’s her big journey to become more herself. More free in a way. She’s had the pressures and limitations of being a mother. And now it’s learning to let that go and start again.

What would you hope the audience would take away from the play about mother/daughter relationships?

I hope that they would take away that the relationship is really fascinating, really passionate and really difficult. The daughter models herself on the mother, so it makes it very difficult for them to separate. The letting go between mother and daughter is very complex and that’s interesting. I think Hilary didn’t want to show her daughter her weak side. There are many weaknesses and, by the end, she really shows her vulnerability. It’s a play worth telling I think, that the mother/daughter relationship can be funny, humorous and cold too.

April de Angelis was in conversation with Lynne Gagliano, August 2012. This interview originally appeared in the Jumpy Background Pack compiled and written by Matt Withers, Education Assistant at the Royal Court, October 2011, and updated by Zoë Briggs (ATG) and Lynne Gagliano (Royal Court) in August 2012.