In Sarah Ruhl's adaptation of Virginia Woolf's Orlando, each new act skates forward a century at a time. Here's a very brief take on the main plot points... 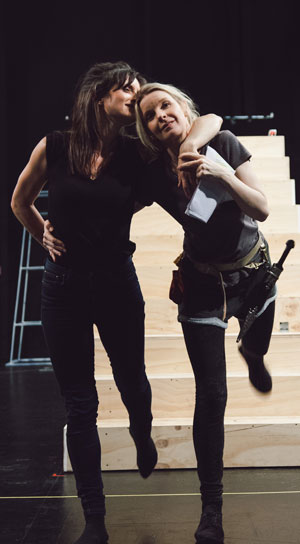 Living in Elizabethan England, Orlando is a young man of sixteen with great legs and dreams of being a poet. He meets the aging Queen Elizabeth I, who falls in love with him and bestows on him titles and riches; young women fawn on him. Icy weather brings him in contact with a beautiful Russian princess – Sasha. They become lovers and plan to elope, but Sasha leaves for Russia without him.

Orlando sails back to England discovering the penalties and privileges of being female. She returns to writing ‘The Oak Tree’ and the amorous archduchess returns as an amorous archduke.

Submitting herself to the spirit of the age, Orlando takes a husband – a sea captain called Marmaduke Bonthrop Shelmerdine.

Orlando, now 36 years old, goes shopping in her car, chats with the ghost of Queen Elizabeth I and, finally, finishes her poem ‘The Oak Tree’.

This synopsis is part of the Orlando program, which also features:

Pick one up at the theatre for only $10.