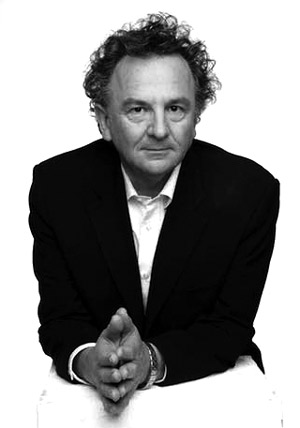 Today, Louis Nowra, one of Australia's pre-eminent writers, is perhaps best recognised for two 1990s plays which he also turned into films – Così and Radiance. But his work for STC began long before that.

At the end of 1978, Sydney Theatre Company was formally established and, in 1979, five existing theatre companies from around the city were invited to produce six plays to be presented by STC as the 1979 Interim Season in the Sydney Opera House's Drama Theatre.

One of those local theatre companies, The Paris Company, was a co-op headed by Rex Cramphorn and Jim Sharman with actors including Robyn Nevin and John Gaden. The Paris Company had presented one of Louis Nowra's earliest plays, Visions, in 1978. For STC, in 1979, Louis and Rex teamed up to adapt The Lady of the Camelias by Alexandre Dumas, fils.

This marked the beginning of a rush of work for Louis here at STC. He racked up several writing and adapting credits in the first two years of the company and contributed further as an Associate Director in 1980.

Kip Williams' 2016 production of The Golden Age will mark the return of Nowra's writing to the STC stage for the first time in 20 years. Here, we look back at what has come before.

Alexandre Dumas, fils (not to be confused with his Three Musketeers father of the same name) wrote La dame aux camélias as a novel in 1848 before later adapting it as a play. A program note for this production by Louis and director/co-adaptor Rex Cramphorn reveals they used both sources and kept Dumas' wilful misspelling of the flower:

"In the introduction to his play Dumas notes: 'It is in no spirit of protest against the etymology of the word camellia that I write it with a single L – I used to think that that was how it was spelt and if I keep to my own spelling, despite the criticism of those who know better, it is because Madame Sand writes the word as I do and I prefer spelling incorrectly with Madame Sand to spelling correctly with other people.' The spelling camélia in French is also justified by many precedents. There is really no such justification for the spelling camelia in English – it began as a mistake in one of the drafts of this translation. However we decided not to correct it as a memorial to the author's own preference." 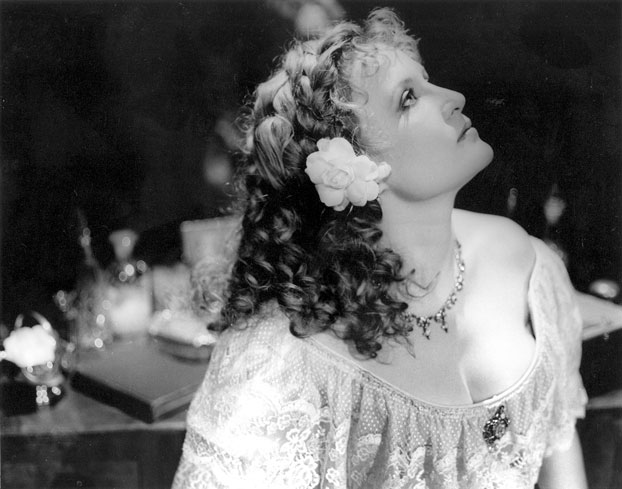 Louis' next gig with STC was a commission to write a new play, directed by Richard Wherrett with Louis also working as Assistant Director. The Precious Woman featured Robyn Nevin and Alan Tobin. 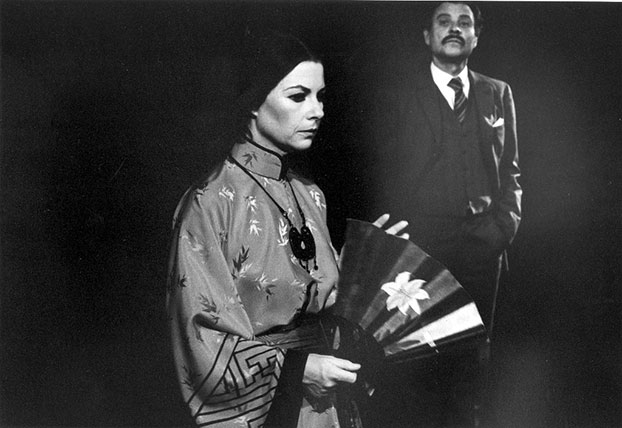 That same year, Louis translated Edmond Rostand's classic romance Cyrano de Bergerac, featuring John Bell behind the famous nose, Andrew McFarlane as Christian and Helen Morse as Roxane. After its runaway success in the Drama Theatre in 1980, the production transferred to the Opera Theatre for a 1981 remount, with Robyn Nevin (pictured below) as Roxane. (Photos: Branco Gaica) 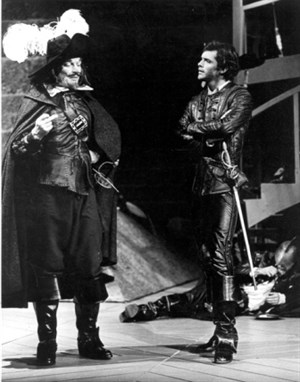 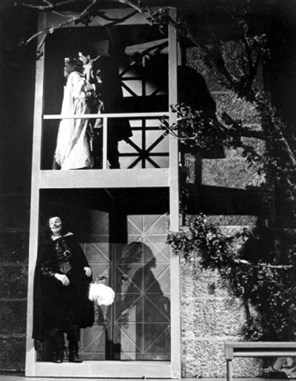 Also in 1980, Louis reunited with Rex Cramphorn to develop a new adaptation of Beauty and the Beast. Based on the 1757 collection of French stories by Mme Leprince de Beaumont and Jean Cocteau’s 1947 film, they developed dialogue and action together with the cast in rehearsal. Pictured here are Michelle Fawdon and Brandon Burke. (Photo: Robert Simms) 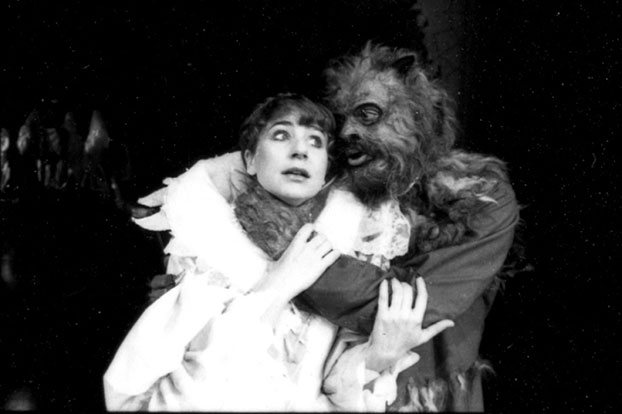 Adapted from three of Frank Wedekind's plays – Earth Spirit, Pandora's Box and Death and the Devil – Lulu was directed by Jim Sharman and featured Judy Davis in the title role. (Photo: David Wilson) 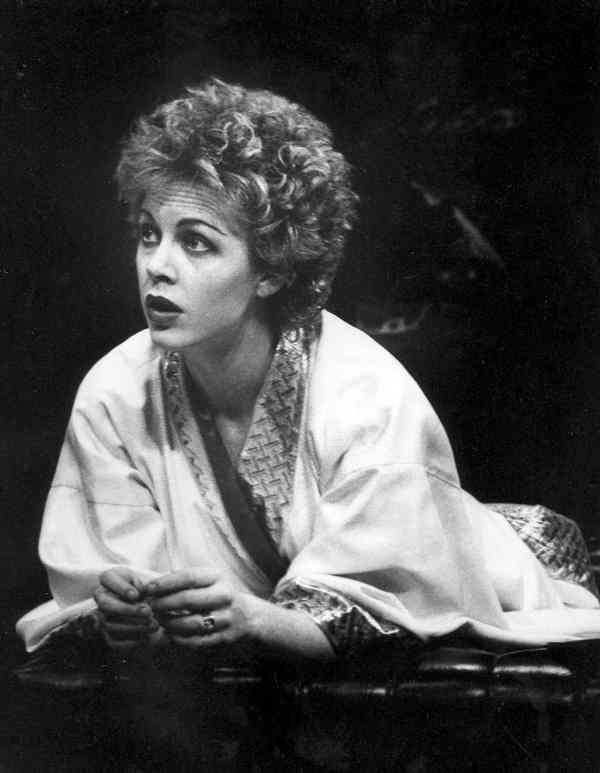 Originally commissioned by STC 10 years earlier in 1979, under the working title Empire, this play was eventually workshopped in 1989 and staged at the end of that year, directed by Kingston Anderson. Pictured here are Kylie Belling, Simon Chilvers and Shane Connors, the central love triangle in the play. (Photo: Branco Gaica) 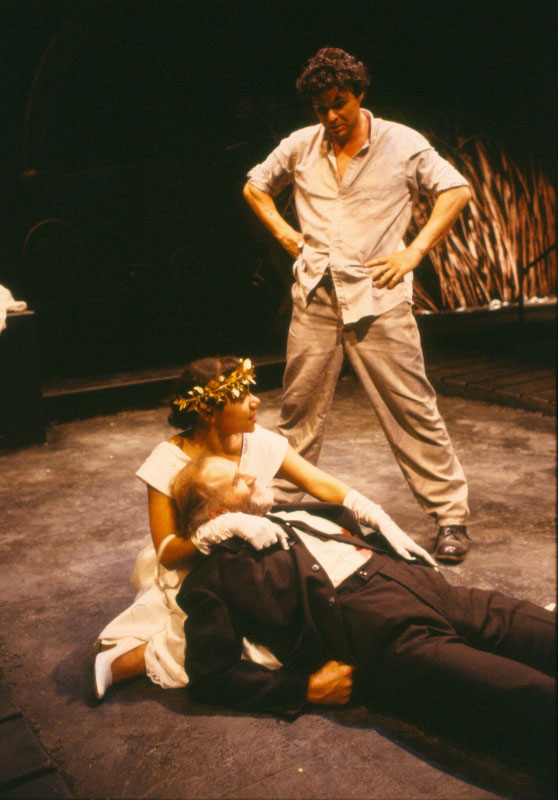 Originally a radio play created for ABC and BBC, Summer of the Aliens is very loosely based on Louis' youth – the central character is a 14-year-old called Lewis, and Louis described the play as "a black hole of fiction surrounded by a halo of truth". STC's production, directed by Angela Chaplin, featured Toni Collette and Benjamin Franklin. (Photo: Robert McFarlane) 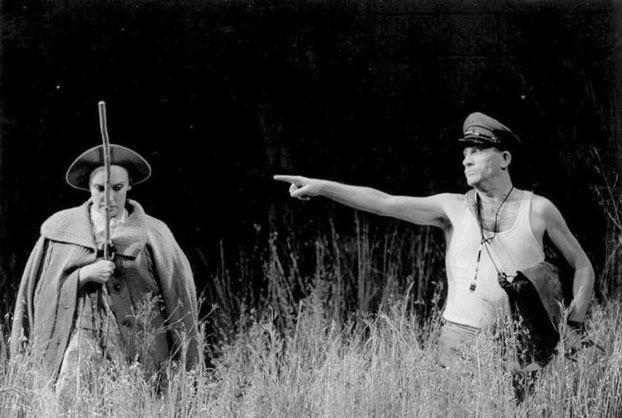 The same year, Louis' play The Temple was directed by Richard Wherrett with Andrew Tighe, Colin Friels and Paul Goddard suiting up. The Temple traces the rise and fall of former truckie and slaughterhouse owner Laurie Blake as he becomes an entrepreneur and corporate takeover specialist in the Australia of the 1980s.

Louis had wanted to write a play about Australian business entrepreneurs for a few years, but he had struggled to find a successful way to tackle the subject matter until he made a remarkable discovery. Having newly moved into a South Melbourne home, he discovered a photo album that belonged to the previous occupants. As Louis recalled in an article from the time:

"Looking through the second half of the album, many pictures were of an average looking suburban couple holidaying in Italy and Acapulco. She was a bit plump with untidy blonde hair, and he was as serious and as vacant looking as a desk clerk in a rundown hotel. Some of the photographs were labelled "Mum and Christopher''. I was most amused by the couple sipping cocktails from hollowed out pineapples as if it were the classiest thing one could do, and gawking at famous buildings, like stage struck groupies. … I was about to throw out the album when, glancing at a picture labelled "Christopher's plane", I suddenly realised who the couple were sitting in their cramped eight-seater: Pixie and Christopher Skase … This was more than coincidence, it was providence. … So, I owe Pixie's daughter a dedication for leaving behind her burnt photograph album." 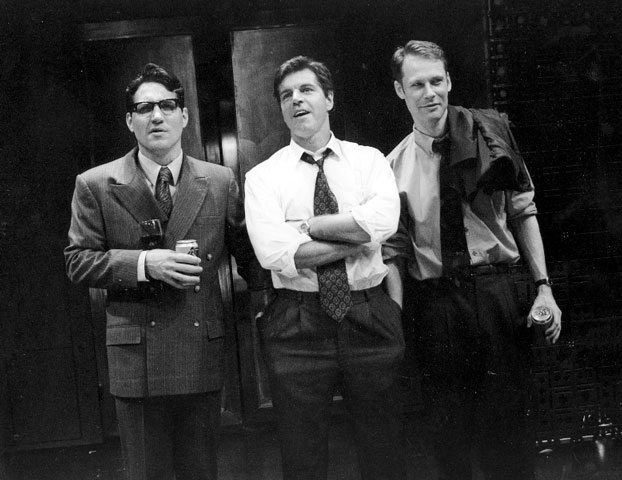 To celebrate 10 years at The Wharf, STC commissioned eight playwrights to each write a short play about Sydney, The Price of Prayer was Louis' contribution. Pictured here are Yves Stening and Russell Kiefel. (Photo: Tracey Schramm) 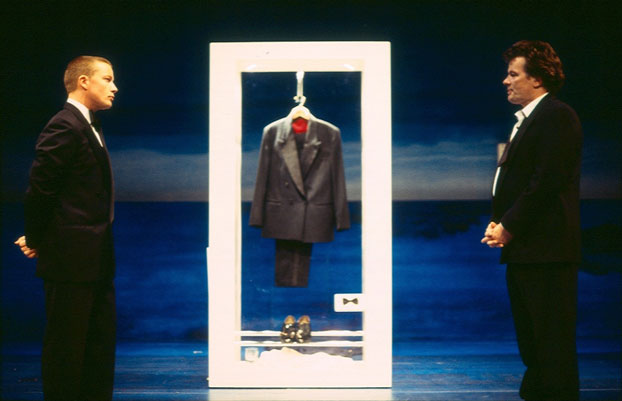 A man in a hospital ward wants to tell his father exactly how he contracted HIV. A prostitute is being paid to indulge in water sports with a client while 100 kilograms of live abalone wriggle away in her bathtub. A faded 1960s diva shoots up on pethidine in her hotel room while waiting for boiled potatoes. And a girl who may be an alien tries on opera frocks in a Potts Point apartment. These are some of the playlets that make up The Jungle, which also incorporated The Price of Prayer. As director David Berthold descibed it, "It's a new kind of style for Louis. It's much more brash and provocative. It's really this weird love letter to Sydney." Pictured here is Anthony Phelan. (Photo: Tracey Schramm) 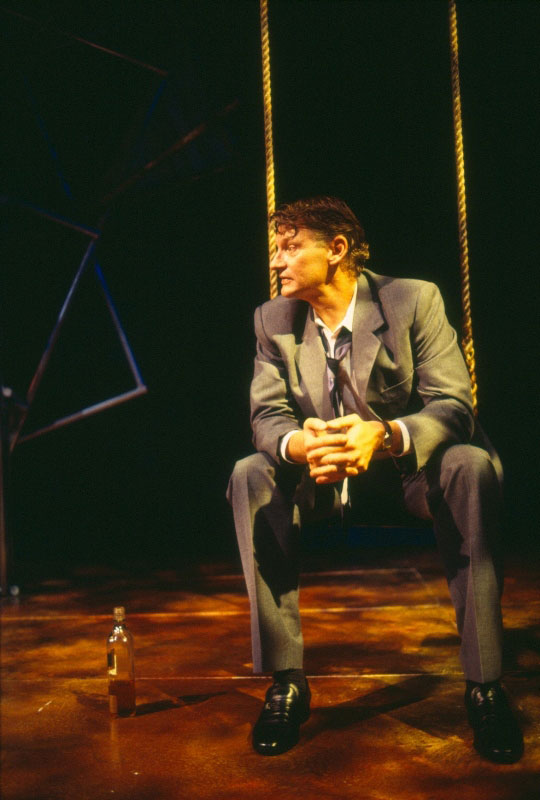 In this play, Louis turned his attention to Australian politics, with a politicians' crusade for ultimate power. Aubrey Mellor directed, with a cast including John Howard, Denis Moore and Terry Kenwrick. (Photo: George Serras) 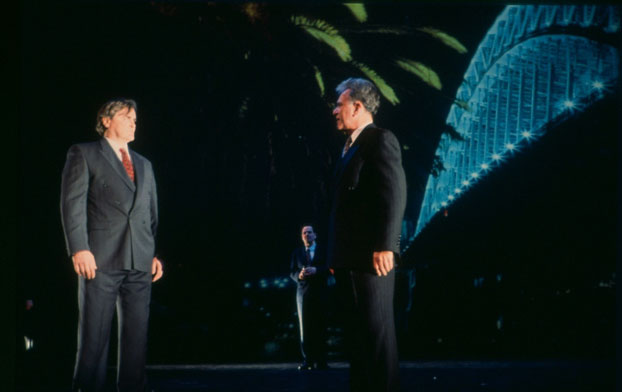