Feature: Who are The Listies? 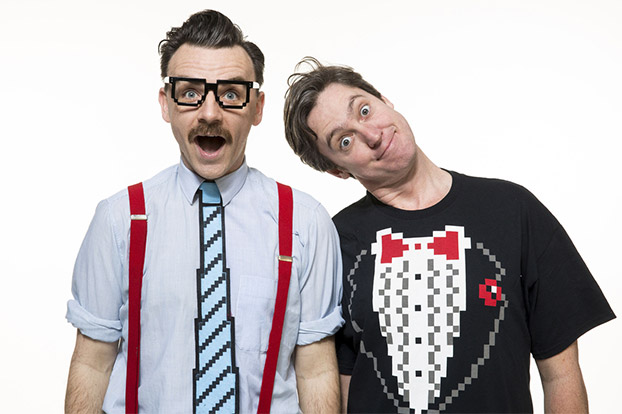 The Listies are Richard Higgins and Matt Kelly.

This irreverent duo have been making theatre and clowning around together for years since meeting at university. After doing comedy for adults and some 'serious' theatre as well, they made their first show for kids in 2009 under the name The List Operators (soon abbreviated in typical Australian style). The show, called More fun than a wii, went on to be the first kids show ever to be nominated for the prestigious Melbourne International Comedy Festival best show award (the Barry).

Since then, The Listies have been making kids and their adults laugh all over the world. Their tours have taken them from the Sydney Opera House to South Korea, from England to Malaysia, from Scotland to New Zealand, and back to Australia. They have won awards, including the 2013 Sydney Critics Award For Best Children's Production, and received rave reviews. As the newspaper The Scotsman put it:

"The Listies teach children that the theatre can be a wonderful and exciting place. If your kids have never been to the theatre before, do them a favour and make this their first experience. It's something they will never forget."

Having expanded into recorded albums (listen in here), The Listies have also created a book called Ickypedia: A Dictionary of Disgusting new Words.